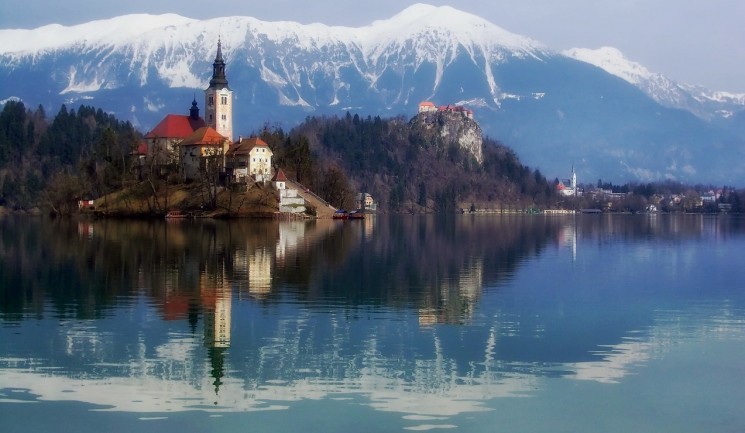 There have been a number of meetings between the UK and Slovene governments during which the UK’s concern and renegotiation have been raised. In spring 2014, Slovenian Prime Minister Alenka Bratušek (of the centre-left “Positive Slovenia” party) visited London to host an investors’ conference and meet with British Prime Minister David Cameron.

Bratušek’s government, facing public finance pressures in the context of the Eurozone crisis, was pursuing pragmatic economic and European policies which had brought it closer to the UK’s views. During a short meeting Bratušek and Cameron discussed a range of issues including the forthcoming European Parliament elections and the future of the EU, but no details of their discussions were revealed.

In February 2015, British Foreign Minister Philip Hammond paid a visit to Slovenia to present the UK’s position on EU reform. Focusing on economic aspects such as employment and growth, Hammond, in his own words, found there was lots of agreement on these issues between the two countries. However, a key issue for the UK about limitations of social rights for other EU member state citizens in the UK was the one picked up on by the Slovene media. The media reported that Germany in principle sympathised with some elements of the UK’s proposal, but that Poland was insisting that Cameron would not get far on the issue.

Other issues pushed by the UK, such as competitiveness of the internal market, the powers Brussels has over national parliaments and the unequal position of non-euro members were reported to be less problematic or less defined. The new Slovene government coalition, which took power in September 2014 under the leadership of Miro Cerar (of the centre-left “Modern Centre Party”), has not yet made clear any positions on the UK’s proposals. According to the Slovene daily Delo, government representatives, however, have said that a “strong EU is needed which needs a strong UK”. This echoed the words Angela Merkel used one year before during her visit to London.

Following Cameron’s victory at the UK elections, the Slovene media focused on his promise to hold a referendum. The possible secession of Scotland was discussed in case voters in the rest of the UK voted to leave. The media argued that a Brexit could harm Slovene firms working for major EU car manufacturers, for which the UK is an important market. However, Brexit is still considered to be a more costly development for the UK. Slovene media have quoted a study by the Bertelsmann institute according to which the costs of a Brexit for the UK were estimated at €300 billion.

Cameron’s June 2015 EU tour included a stop in Slovenia. This was the first visit of any UK Prime Minister to Slovenia since its independence in 1991. Prime Minister Cerar said he appreciated Cameron’s decision to visit smaller EU members. This contrasted with the ignorance shown toward smaller members during negotiations on the Greek bailout that took place on the margins of the EU Summit in Riga one month before.

In Cerar’s view, it was Cameron’s party that was pressuring him to hold a referendum and to impose tougher rules on EU migrants to the UK. He said Slovenia was ready to listen to Britain’s ideas and consider them thoroughly in the coming months. Cerar, however, also said Slovenia “wants a successful EU that is connected in vital areas”. In his view the EU’s four freedoms should remain the basis for any change.

The Slovene media have reported that in other EU capitals there is a growing sentiment against the type of changes to the Lisbon Treaty that would be required to satisfy the UK’s demands. On the centre-right, Cameron’s visit did lead to arguments that if as much attention was paid to the UK’s views as to keeping Greece in the Eurozone, then the EU’s competitiveness problems would be long gone. However, Slovenia lacks a modern Eurosceptic party that questions Slovene EU membership.

This article by Dr Marko Lovec, Research Fellow at the International Relations Centre at the University of Ljubljana, originally appeared in LSE’s EUROPP blog