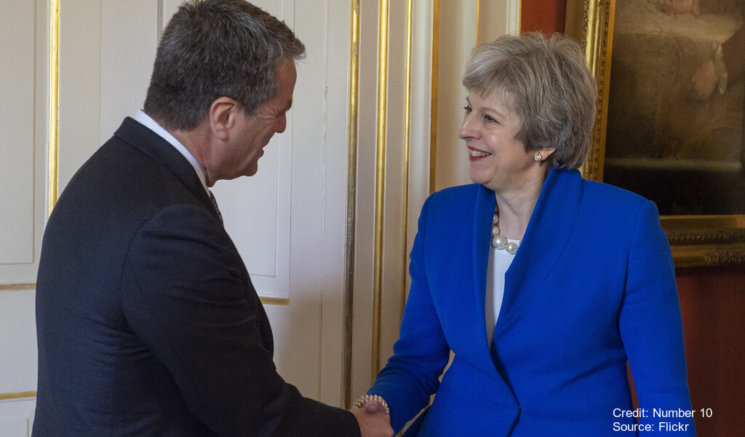 How likely is a no deal Brexit? We have two pieces of contradictory evidence. In the political conversation in Westminster, talk of no deal continues to dominate. But talk is cheap.

And Philip Hammond’s budget showed the gap between the no deal noise the government is prepared to make, and the public policy action it is willing to take.

First, it’s worth pointing out what a live possibility no deal is perceived to be. Public expectations, particularly among remain voters, are pessimistic.

When the Policy Institute at King’s College London and Ipsos Mori polled the public on their Brexit perceptions, no deal was seen as the most likely outcome from the Brexit talks. Some 44 per cent think a no deal outcome is on the horizon, while 29 per cent are expecting a deal.

The UK in a Changing Europe’s panel of over 100 academic Brexit experts are equally pessimistic. They consistently rated the chance of no deal at between 45 per cent and 50 per cent. This month, they rate the odds at 46 per cent.

All of this suggests that, if a no deal Brexit comes, it will hardly be a surprise. Whether some of the practical effects are anticipated is less clear. Only around two thirds of voters do not anticipate or expect any problems with important medical supplies.

So, you could be forgiven for assuming that contingencies to make no deal work are in full swing, to mitigate against the worst effects. But you’d be wrong.

The Hansard Society have found that just 10 per cent of the minimum number of statutory instruments needed to make many basic day-to-day laws function properly have been enacted.

This task will only become more urgent if there is no transition period and hence no soft landing after Brexit Day.

In Whitehall, myriad departments are grappling with the practical implications of no deal. To take one example, the National Audit Office has suggested there are red flashing lights on 11 of the 12 IT systems needed for our borders to function properly if we leave on March 29, 2019.

The budget’s static forecast for growth and benevolent outlook for unemployment, existed in a state of suspended disbelief. The word “Brexit” featured just three times in Hammond’s budget but 66 times in the Office of Budget Responsibility’s report on the budget.

Hammond admitted the budget would have to be “ripped up” if there was no deal. This OBR report expressed obvious frustration in trying to map the economy’s direction, in the knowledge that the economy could be about to be driven toward a “hard to predict” but “severe” no deal Brexit.

Given this stasis in government, it is perhaps unsurprising that business has followed their lead. Most businesses haven’t yet started acting on no deal.

Research published by the Federation of Small Businesses — and more than 99 per cent of businesses are small — found that only one in seven firms have started planning for a no-deal Brexit.

So what explains this disconnect between a public braced for no deal and a public realm nowhere near prepared?

The answer is that the government is playing a high-stakes strategic game. Critics of the prime minister’s Brexit policy are torn between two camps.

Over the summer, the People’s Vote campaign have attempted to focus the public’s minds on the real-world effect of a no-deal Brexit.

Their moderate success in persuading people of the realities of no deal also has a key drawback. Now the prospect of no deal looms larger in the minds of MPs.

The government has attempted the reverse: its sugar-coated no deal papers released over the summer revealed some details of the mitigations necessary to ameliorate the economic shock.

However, they didn’t spell out the full reality of what no deal would mean. Now the government is talking up the disruption.

The government, in short, have very competently sold the idea to MPs that it is too incompetent to adequately deliver no deal.

This no deal strategy has two parts in the House of Commons.

Firstly, the lack of preparation to deliver the necessary legislation for a no deal. Secondly, framing the prime minister’s Brexit deal as a “deal or no deal” option when MPs get their final “meaningful vote”.

In the last week, the government has fiddled with normal Commons procedure to attempt to fix a binary choice for MPs. It is a gambit that has riled MPs and as a result is unlikely to work.

But it acts as further evidence the government has gone all-in on the tactic of limiting the choice for MPs.

The no deal stakes are so high because the gains and losses are so stark. If Theresa May gets the numbers for her deal among MPs, she will have made near-impossible arithmetic add up in the House of Commons.

And if the “deal or no deal” gamble fails, voters are likely to blame the politicians with the most skin in the game.

By Dr Alan Wager, researcher at The UK in a Changing Europe. This piece originally featured in the Times Red Box.