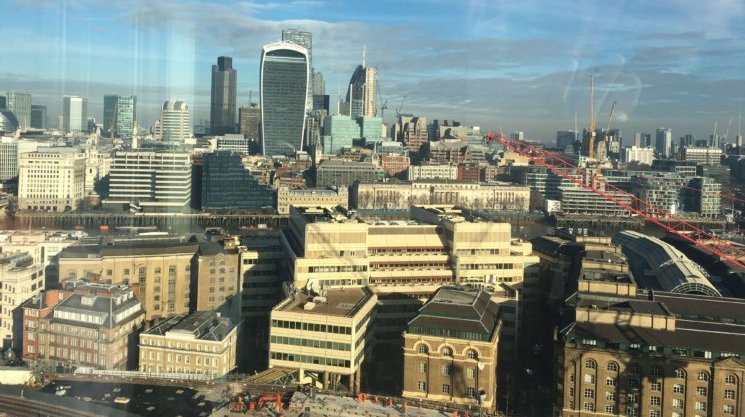 The Government’s Brexit White Paper, published in the aftermath of the House of Commons vote on the Second Reading of the ‘Brexit’ Bill, received a mixed response.

Following Theresa May’s Lancaster House speech in January, the White Paper was intended to provide further detail regarding the overall aims the government would be pursuing once Article 50 has been triggered. However, although it does expand to some degree on Mrs May’s 12 key pledges, in several important areas it remains unclear precisely what the government is seeking.

This is particularly true on the question of the UK’s post-Brexit relationship with the EU. Here, the White Paper makes a potentially significant proposal: to establish a strategic partnership, something Brexit Secretary David Davis also underlined in his statement to the House of Commons. It does not, though, offer any specifics on what such a relationship might look like.

What makes this frustrating is that whilst embryonic and lacking in detail, this is nonetheless an idea deserving of attention. As a foreign policy instrument, strategic partnerships have been an important feature of EU efforts to structure its relationships with key international partners. If properly developed, therefore, a UK-EU strategic partnership could offer the basis for the kind of positive vision for the post-Brexit future the Prime Minister articulated as one of her objectives.

Why not, then, use this as a formal framework for the new UK-EU relationship, enabling co-operation in certain key and clearly defined policy areas to be maintained? And why not use the opportunity of a White Paper to signal this agenda boldly and clearly?

What are EU Strategic Partnerships?

Partnership has long been a mantra of the EU’s efforts at international engagement. The first explicit mention of ‘strategic partnerships’ as a specific EU foreign policy tool came in the Conclusions to the December 1998 European Council meeting. Since then, strategic partnerships have been developed with the US, China and India, amongst others, with the instrument providing a means of recognising the importance to the EU of particular states and of prioritising particular relationships.

There has been debate at times over the number of strategic partnerships that can realistically be established without diluting the concept. Meanwhile, the effectiveness of those agreed is also sometimes questioned, not least because the concept itself is often only vaguely articulated. That said, they all share two common features: a commitment to joint decision-making and a long-term mutuality of interest.

As an EU member, the UK has been a supporter of strategic partnerships, championing efforts to establish one with India, for example. Using this framework as a basis for the new UK-EU relationship would therefore sit well with the EU’s broader approach to strategic relationship building.

Most importantly, it has the potential to enable the UK to make a bold and positive statement about the kind of relationship it wishes to establish, whilst at the same time providing a clear and constructive agenda for achieving it. This could have significant appeal among an EU27, thereby helping facilitate a smooth Brexit.

It is not difficult to identify the potential elements of such a strategic partnership. Trade will obviously provide the foundation, although the complexities involved in negotiating a comprehensive free trade agreement are significant and will take time to resolve. Alongside this, there are a number of other areas where there is a long-term mutuality of interest and a rationale for joint decision-making.

Banking is an obvious one. The importance of the City of London as a global financial centre to both the UK and wider European economy is clear. However, how the City’s position will be affected by Brexit is not, with uncertainty surrounding key questions such as the future of ‘passporting rights’ and financial regulation.

A strategic partnership could provide a means of protecting this element of the current economic relationship for the mutual benefit of both sides. Similarly, research and development in science and technology would be another logical component of a strategic partnership, given the extensive and fruitful collaboration already taking place – for example across the university sector.

The most important area of current non-economic cooperation, meanwhile, is in foreign, defence and security policy. Here the case for a strategic partnership seems unanswerable.

The UK is, alongside France, Europe’s leading military power, and is crucial to European responses to the uncertainty caused by Russian policy in the EU’s Eastern Neighbourhood, the threat posed by ISIS in Syria, etc. Whilst NATO remains the central plank of Britain’s defence strategy (which will enable it to maintain to formal institutional relationships with many of the EU27), continuing UK involvement in EU crisis management and security promotion would benefit both sides.

Again, maintaining and developing co-operation in the framework of a strategic partnership would offer a means of ensuring stability in a post-Brexit European security environment. It would also reflect the reality that UK defence and security strategies are largely built around multilateral responses, and that NATO is not always the most suitable vehicle for these.

To be clear, structuring specific aspects of cooperation in this way is not about cherry-picking or seeking to maintain particular aspects of integration. It is about recognising that the realities of interdependence will continue to manifest themselves, positively and negatively, regardless of Brexit. In that sense, the development of a genuine strategic partnership would thus make a virtue out of necessity.

The Brexit White Paper underlines first and foremost the sheer scale of what will need to be negotiated to achieve a positive and productive post-Brexit relationship with the EU. Indeed, negotiation of the actual withdrawal may prove to be the ‘easy’ part. But with Brexit surely now a certainty, the priority must therefore be to forge the most positive relationship possible whilst avoiding needless damage to either side.

Developing a genuine UK-EU strategic partnership is a positive and feasible way to achieve this. It sits well with the EU’s strategy of forging relationships with key partners who are not member states, whilst providing the basis for a productive and positive relationship between friends and allies. However, the White Paper needed to be much bolder and clearer in setting out the basis for such a partnership. Had it done so, it could have gone a long way in setting both the tone and agenda for the negotiations.

In Theresa May’s own words, ‘when future generations look back at this time, they will judge us not only by the decision that we made, but by what we made of that decision’.

In light of this, it is hard not to see the White Paper as a missed opportunity.