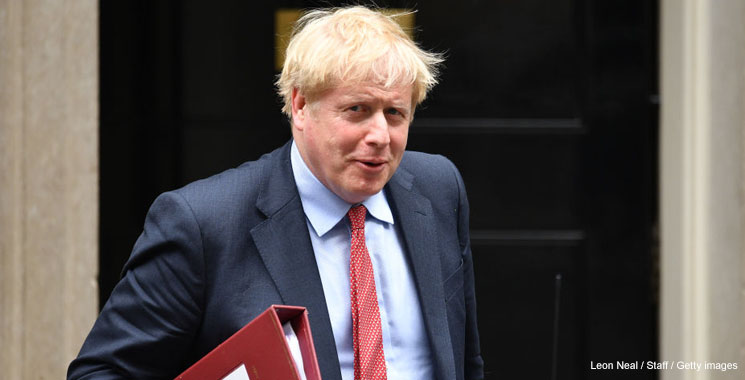 The oval table in Theresa May’s office held both a functional and symbolic role. It was around that table that we all sat to debate some of the big policy decisions of the day, but its presence also sent a very clear message: the era of so-called ‘sofa government’ was at an end. Cabinet government was back.

The trouble with this, as soon became clear, is that there is a reason successive prime ministers have embraced a style of government in which the agenda is driven forward by a smaller central team.

It’s because in the labyrinthine structures of Whitehall, that’s the only way to deliver your strategy.

Anything else is a recipe for paralysis and confusion. You need a strong, strategic centre in order to drive things through.

The current incumbent of that office has been quick to understand this and, as Jill Rutter notes in her recent blog, has acted quickly to strengthen the power of the Cabinet Office and Number Ten.

Anyone with an interest in sustaining public faith in government should – I suggest – cautiously welcome this move.

That’s because, whatever the romantic view of our democracy, people vote for the person they want to be prime minister.

They expect that person to do what they promised. And they look to them to shape the story of their government too.

Yet one of the first things you notice as a new team in Downing Street is how powerless you are to deliver.

The team supporting the prime minister is tiny compared to the armies that sit behind a secretary of state.

Procedures like the dreaded ‘write-around’ process – requiring every secretary of state to approve announcements that are often nothing to do with their policy area – seem designed to block rather than help.

And then you discover the structure encourages departments to focus on promoting their own short-term agendas rather than helping you shape a sustainable story for the government as a whole. A company structured in this way would go out of business in a week.

This is why anything that creates a strong, strategic centre around the prime minister should be applauded as the right thing to do.

For the existing structures are anything but strategic. They encourage short-termism and distort political priorities, when in fact government should be about focusing on the long-view.

Partly this is a function of structure.

You might think, for example, that government directors of communication report into the grandly titled Executive Director of Government Communications based in the Cabinet Office. Not so.

Instead, they report to their respective departmental permanent secretaries whose concern is protecting their department from that day’s media enquiry – however inconsequential – rather than supporting the government’s narrative over the long-term.

The plan to strengthen the Cabinet Office’s control, with a direct line to Number Ten, will more effectively align the government’s communication and political priorities – an inherently more strategic approach.

Reducing the number of press officers is also welcome because we need to make the communications culture in government more strategic too.

Too many in government use the term ‘communications’ when they really mean ‘media’, but the two are not the same and the difference is crucial.

The world of communications has changed hugely over the past decade but in Whitehall the legacy of New Labour remains.

The media, so influential in the Blair era, is now far less powerful. Social and digital media has become more dominant. And the proliferation of channels – both analogue and digital – makes the information environment a far more contested space.

This is the world in which a government has to shape a long-term story about what it is trying to do. However, the obsession with tactical media management remains.

Each day in Number Ten, I watched as the morning meeting was consumed by discussions about the day’s newspapers.

Very little attention was paid to social media trends, the news bulletins on the most widely listened to radio breakfast shows or – heaven forbid – what was happening in local and regional media. This wasn’t unique to the May administration – it was just the way things were done.

I created a weekly editorial meeting to overcome it, bringing together teams from the press office, digital communications, campaigns and research in a bid to spot and shape long-term trends.

But the obsession with the day-to-day machinations of the print media meant it had limited effect.

My efforts to change the format of the fabled Downing Street strategic planning grid met the same fate for the same reason – yet the only thing strategic about it is its name.

This obsession with the media encourages the short-termism that gets in the way of good government.

It undermines strategic planning, favours those with the loudest voices, and leads to rash decision-making as governments are buffeted by events.

A focus on newspaper headlines puts tactics in the way of strategy. A strategic approach looks beyond the day-to-day and focuses on the long-term. That’s what these changes promise to do.

As any business leader will tell you, the relentless pursuit of a clear-sighted strategy is the best way to deliver the right outcome.

That means setting your strategy first then building the structure to deliver it. Then you find the people who are able to see it through.

The current incumbents of Downing Street understand this as they have shown many times over.

It’s how they’ve built a reputation as successful strategists and campaigners. And with these latest welcome changes, it’s clear they mean business in government too.

By Chris Wilkins, previous director of strategy and chief speechwriter in Downing Street between 2016-17, and a special advisor in David Cameron’s government before that. He is now Managing Partner of strategic advisory firm Audley.