The government’s proposed constitution, democracy and rights commission: what, why and how? 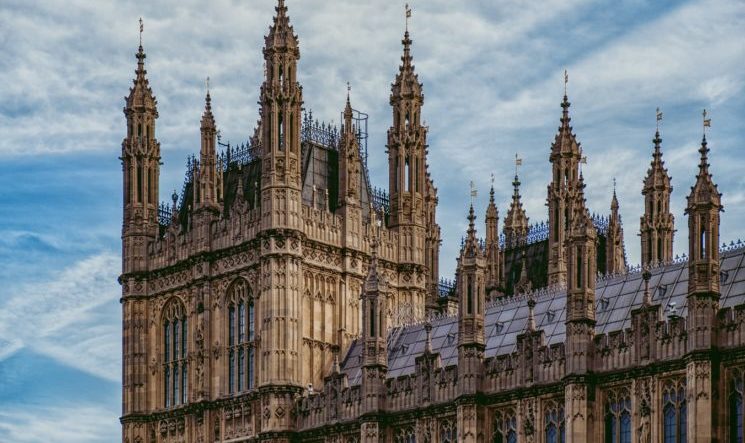 Page 48 of the Conservative Party manifesto committed the government to establishing a ‘Constitution, Democracy and Rights Commission’ within its first year.

This could have a far-reaching remit, covering ‘the relationship between the Government, Parliament and the courts; the functioning of the Royal Prerogative; the role of the House of Lords; and access to justice for ordinary people’, plus the operation of the Human Rights Act.

Creation of such a body is clearly an ambitious enterprise, with potentially long-lasting effects – but, as yet, very little is known about the government’s plans for the Commission.

This post first explores the ‘what and why’ of the Commission: which issues might it need to address, and what is the motivation behind it? Second, we consider the ‘how’: specifically, in terms of how the public could and should be involved.

What will the Commission review, and why?

The list of topics potentially ascribed to the new Commission is long, and covers some absolute fundamentals of the constitution. While the UK has seen much constitutional change in recent decades – most obviously Labour’s post-1997 programme, which included devolution and Lords reform, and the subsequent Constitutional Reform Act 2005 which established the Supreme Court – these developments involved no formal review of the core relationships between different constitutional branches.

Indeed, Labour’s programme was often criticised as piecemeal, and for failing to go back to first principles. In some ways, a review of these fundamentals is therefore refreshing. But questions such as the proper balance of power between government, parliament and courts, and the role of the monarchy are also extremely big, complex and delicate.

So why are such challenging questions being asked now? This is where the Commission’s potential role gets more troubling. The UK has recently witnessed an exceptionally turbulent period in constitutional terms, with the referendum vote for Brexit followed by a significant struggle over its implementation.

Particularly during 2019, tensions ran very high between government and parliament, with the Supreme Court becoming involved via the prorogation case.

That these tensions helped motivate the proposed Commission seems clear from other words in this section of the manifesto, which suggest that ‘The failure of Parliament to deliver Brexit… has opened up a destabilising and potentially extremely damaging rift between politicians and people’.

Leaving aside the question of which parliamentarians exactly were responsible for blocking Brexit, this statement highlights how concerns about the most recent period (including the Supreme Court’s role) have driven some on the Conservative side to seek reform.

While the past period was undoubtedly difficult, it is important to remember that it was also highly unusual – and for some very clear reasons. Most obviously, the unexpected outcome of the 2016 referendum was followed by a minority Conservative government in 2017-19, which sought to implement a controversial and high-profile policy while its own parliamentary party was deeply split.

This concatenation of factors was a clear recipe for division, making policy progress very difficult. Consequently the courts got drawn in, and in the process the role of the monarch was even at times drawn into doubt. The tensions ultimately ended with the December 2019 general election result, followed by the UK’s departure from the EU on 31 January 2020.

There would be risks in sitting down to design new constitutional arrangements principally to right the perceived wrongs that occurred during such an exceptional period. Minority government is very unusual in UK politics, and the key international lessons for how to manage it (e.g. governing consensually, and avoiding controversial policies) couldn’t be followed in this case.

Alongside divisions in the political parties, this in turn put great strain on the parliamentary rules. The nature of the referendum itself, described by the Commons Public Administration and Constitutional Affairs Committee (chaired by ardent Brexiteer Bernard Jenkin) as a ‘bluff call’, also contributed to the tensions.

On all of this there are lessons that could usefully be learnt, but such questions need to be approached slowly and carefully, with due attention to how unusual the recent period was. It would be a mistake for the Commission to inadvertently end up ‘fighting the last war’ over Brexit.

Any new constitutional settlement should meet two essential (interrelated) criteria: it should be long-lasting, and it should have broad support. A particular challenge is the need to accommodate the surprising variety of arrangements that we have seen at the core of the UK system in recent years: until 2010 the traditional ‘norm’ of a comfortable single-party Commons majority prevailed; from 2010-15 the UK had its first period of coalition government since the Second World War; there was then a brief period of narrow majority in 2015-17; which was followed by the minority government.

There is now, again, a comfortable single-party majority. Finding a stable constitutional settlement which can work in all of these possible scenarios is tricky, but necessary if arrangements are to endure.

In particular, any rebalancing certainly needs to be approached with great caution. Seizing more power for the political executive seems unnecessary – that has essentially already been achieved, via the government’s December 2019 majority.

How will the Commission involve the public, and build support?

The second criterion for any new constitutional arrangement is that it must command wide public support. That’s also difficult, given that public opinion has become so deeply polarised over Brexit.

Boris Johnson has emphasised the need for post-Brexit ‘healing’. Discussions about the shape of our future democracy should thus seek to bring the country together, rather than deepening the divisions.

There is no indication as yet of the process that any Commission will go through, and the extent to which this will be inclusive or consultative. Even the makeup of the Commission remains unknown.

The most recent precedent is perhaps David Cameron’s 2011-12 Commission on a Bill of Rights. This comprised a small group of specialists, who did invite evidence and hold some consultative seminars, but in an otherwise largely closed process. On the wide constitutional questions now proposed, such an approach would seem problematic.

A specific challenge for the new Commission is the relative lack of evidence about public opinion on the core constitutional questions which it may be asked to address.

While some surveys show low trust in politicians and political institutions, we do not know (for example) whether people favour rebalancing between government, parliament and courts. Furthermore, this knowledge gap cannot simply be filled by commissioning new surveys.

First, the questions are complex and answers may be contingent on context (e.g., on which policy issue, or under which governing party?). Second, responses currently risk being coloured by short-term views on Brexit.

Hence, any new Commission considering core questions at the heart of our constitution needs better evidence – a review of the principles of our democracy clearly would make little sense without considered input from the people.

Such evidence is far more likely to emerge from deliberative processes than from simple opinion polls. In constitution-making, the use of deliberative forums such as citizens’ assemblies has become increasingly widespread.

These have been used for example to consider electoral reform in Canada and various constitutional questions in Ireland (for a review see here).

The benefit of such bodies is that they bring citizens together across various divides to tackle complex questions, and encourage listening and mutual understanding in decision-making, rather than polarisation.

In the UK, these methods have recently been deployed through citizens’ assemblies on long-term social care and climate change, both commissioned by parliament, and initiatives in Scotland, Wales, and Northern Ireland.

Some – including voices from the Institute for Government, and the Bingham Centre on the Rule of Law – have already suggested use of a citizens’ assembly model by, or alongside, the government’s new Commission on the Constitution.

If we are now to finally sit down and consider some of the core questions at the heart of our constitution, and devise solutions that have long-term stability and broad support, this kind of full and careful involvement of citizens seems essential.