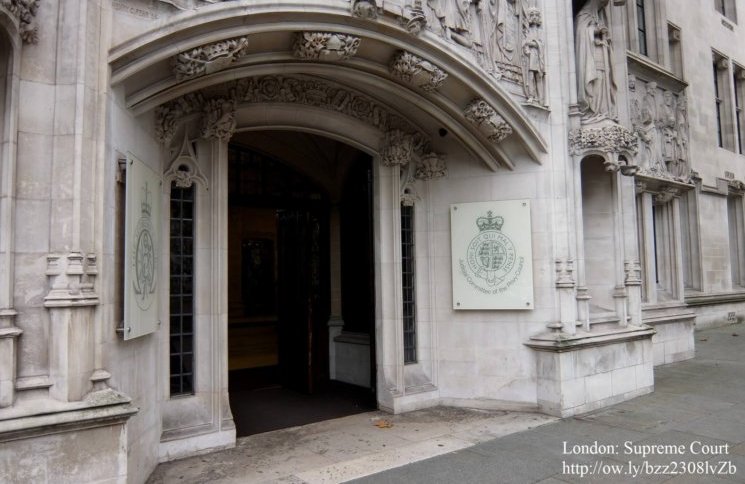 Day 2 of the Prorogation Case in the Supreme Court commenced with an opportunity for the government to put its case.

Sir James Eadie QC, representing the government and described on the Blackstones Chambers website as ‘the QC to whom the Government turn first for their major pieces of advice and litigation’ set out why the prorogation is lawful.

Eadie’s primary task was to represent the government at the Supreme Court. However, his arguments should also be seen in a broader political and public context which went beyond the courtroom.

In seeking to rebut the arguments that the prorogation was unlawful, because it was motivated by an intention to prevent scrutiny of the executive for five weeks, Eadie was implicitly defending the character and integrity of the Prime Minister.

On the legal issue of justiciability, the crux is the constitutional question concerning the relationship between parliament, the executive and the courts.

Where should the line be drawn that determines whether a decision by government to prorogue parliament is a matter of politics, not law, and therefore not subject to judicial review?

Eadie explained that parliament has passed some legislation on prorogation, but in areas where there is no legislation, the prerogative remains.

Prorogation, and suspending parliament in advance of presenting a new Queen’s Speech is, Eadie argued, a wholly political decision and outside the scope of the judiciary.

He compared prorogation to the prerogative power of the Prime Minister seeking a dissolution of parliament for an election before the enactment of the Fixed Term Parliaments Act 2011. The courts had previously accepted this act of dissolution was the exercise of a political power and not justiciable.

In Eadie’s view, if the Supreme Court rule this prorogation unlawful it would create a new precedent that places arbitrary restrictions on the Prime Minister’s exercise of this prerogative power. Implicit in Eadie’s arguments is that such a decision would bring the judiciary in to the political arena.

In his opening remarks, Eadie pointed out the timing for the start and end of parliamentary sessions and its length is not governed by statute, but a matter for the government of the day.

Such matters which are ‘political or of high policy are not justiciable’. This includes a decision by the Prime Minister to request The Queen to prorogue parliament.

Strategically, responding to Lord Pannick’s submissions on Day 1 was going to be challenging for Eadie, not least because the line of questioning by the judges to Pannick suggested that there was some traction for his arguments with Lady Hale and Lord Kerr.

Eadie’s submission was pragmatic, plain and direct, drawing upon an orthodox constitutional rationale that courts do not enter in to political fields because there are, in his words, ‘no manageable or judicial standards to test a political decision’.

He said it was not proportionate for courts to do so because of the constitutional doctrine of the separation of powers whereby judges stay out of politics.

Eadie accepted that prorogation has political consequences and stops the work of parliament for a time. However, he argued that is not unconstitutional and does not limit parliamentary sovereignty, irrespective of the political motives behind such a prorogation.

For Eadie, and in keeping with his pragmatic approach, prorogation was a procedural mechanism that is used to manage the government’s business in parliament. The law, he argued, should not intervene to regulate the scheduling of parliamentary proceedings.

Rebutting Pannick’s argument, Eadie said that prorogation could not be said to undermine parliamentary sovereignty because it is an accepted feature of prorogation that pparliament will not sit and will not conduct its usual business.

He suggested that Pannick did not criticise the right of the government to prorogue parliament, but rather he objected to how the decision was taken and the length of the prorogation.

In Eadie’s view, this means Pannick is wrong to object to the consequences of prorogation, on improper motive grounds, if he is not objecting to the fact of prorogation.

In short, Eadie’s argument can be summarised that ‘prorogation means prorogation’, it has known effects on parliament and these are compatible with the Constitution.

Eadie’s measured submission, relying upon orthodox constitutional doctrine and procedural arguments was tactically astute because it sought to dispel Pannick’s argument that a five-week prorogation was ‘extreme’.

He highlighted the Prime Minister’s compliance with constitutional practice in requesting the prorogation from The Queen, and the fact there is no convention concerning the length of the prorogation.

Eadie also referred to the High Court judgment which accepted that lengthy prorogations had taken place in modern times. In his view, nothing in Pannick’s submission, had demonstrated that parliamentary sovereignty had been curtailed by prorogation.

The afternoon session saw Aidan O’Neill QC, using historical symbolism and poetic imagery, address the Supreme Court in his response to the government’s appeal to the judgment of the Scottish Court of Sessions.

Though he said he would be talking about Scots law, O’Neill emphasised that the UK is made up of a ‘state of nations’ and that the judgments of the Supreme Court in these cases must have constitutional coherence across the UK.

The Scottish court was, in his view, acting to protect the UK Constitution and this is also the role for the Supreme Court.

O’Neill invited the Supreme Court to view the constitutional expectations of the Scots and English in the same way and reject the appeal from Scotland and uphold the one from England.

The Supreme Court, in looking at these issues from two cases being heard simultaneously from two different legal traditions, has, in his view, the opportunity and responsibility to act as ‘the fulcrum of the union’.

Much of O’Neill’s submission followed arguments made previously by Pannick that the exercise of the prerogative is justiciable and that the intent and effect of prorogation impeded parliament from holding government to account.

In rehearsing these arguments, perhaps O’Neill’s main contribution came from his attempt to speak beyond the Supreme Court, to the wider public, when he said the Supreme Court ‘must take seriously, your place in our country’s politics and history’.

Day 2 will be remembered for Sir James Eadie’s defence of the government’s position.

A key moment was his answer, to a question from Lord Wilson, as to why nobody from the government had produced a witness statement the evidence provided to the Supreme Court was an accurate representation of the government’s reasons for prorogation.

Implicit in Lord Wilson’s question, which Eadie addressed hesitantly, was that there may be some doubt as to the accuracy of these documents.

This was a point O’Neill reinforced forcefully. O’Neill said that in the absence of a witness statement from the government the documentation should not be treated as “the truth, the whole truth and nothing but the truth” about the PM’s reasons for closing parliament.

Overall, Eadie’s strategy of reinforcing an argument of constitutional compliance by the government, and why this constitutional propriety meant that the case is not justiciable, was effective.

He said it was ‘untenable’ to argue that the Prime Minister suspended parliament for five weeks to ‘stymie’ MPs who might want to obstruct Brexit as O’Neill emphasised in his submission.

Eadie laid out current constitutional practice in relation to prorogation and invited the Supreme Court to find a reason why it should depart from this position.

At this stage it would be foolish to predict the outcome.

However, in what may be viewed as a sign of government preparedness that things may not be going to plan, Eadie finished his submission by stating that he wants to get something in writing as to what the government would have to do if the Supreme Court found against it.

The government, he said, would provide a submission on this matter for Day 3 of the hearing.