The hand of reconciliation 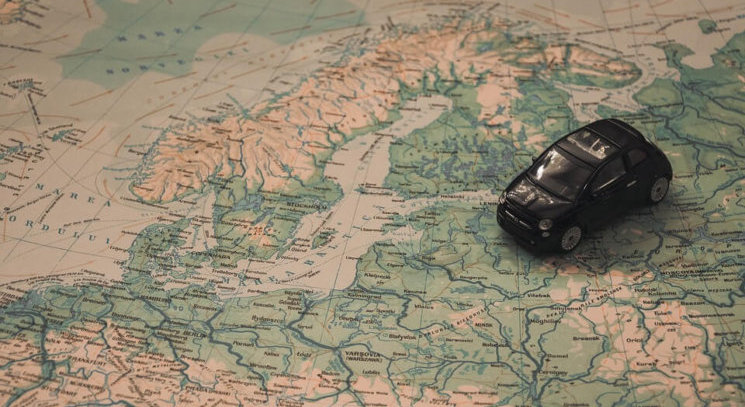 Europe day has never been a big event in the UK. The perceived undertones of an agenda of ‘getting people to love the EU’ have not simply lowered interest from the public, but also made event organisers much more modest in their planning.

Having a day that gets us to consider the path that Europe has taken since 1945 doesn’t have to involve professions of fealty to the EU, or even bunting, but simply some time to reflect.

There’s an argument to say that peace come to Europe after the Second World War at the barrel of a gun. The Cold War and the threat of abrupt nuclear annihilation gave everyone good reason to lay down their arms for the present and to talk.

But the various efforts to pursue European cooperation and integration still present the means and the outcome of those incentives: fearing conflict isn’t the same as desiring peace.

And that’s why 9 May carries real symbolic weight. On that day in 1950 the French foreign minister, Robert Schuman, proposed cooperating with West Germany on the management of coal and steel in their countries, as well as any others that wanted to join them.

To our ears, coal and steel are hardly the stuff of great consequence, but then they stood as symbols of the industry of war; vital in the production of materiel.

Equally significant was the offering of a partnership of equals in this venture, running against the bitter experience and memory of the World Wars. Not only was this a path for the reintroduction of Germany to international society after the horrors of the Holocaust, but also a vivid demonstration that there is another path open: that of cooperation.

Of course, a good dose of economic incentives also played a role. Western Europe needed better management of industries that were also at the forefront of the post-war boom, as well as opening of markets for exporters.

That doesn’t negate the politics of Schuman’s offer, but rather underlines it. Economics and politics always travel hand-in-hand, whatever each might say: markets need regulation, and politicians need to be able to deliver for their voters on material provision.

This is then the heart of the importance of this moment: a realignment, wrought in the fires of war, and an opportunity to travel on another path.

It’s all too easy to forget this, or to take it for granted. Think back to the Referendum and the frequent statements about how the UK was leaving the EU, not Europe, or how this wasn’t a reversion to the mercenary politics of the past. The dense network of interactions and links between the UK and the rest of the continent have precisely been forged in the benign environment that also made the European Union possible.

In blunt terms, war is unthinkable as an option in most European states’ interactions with each other.

That’s not to say that they are all problem-free, or always constructive, but rather that the range has shifted and with that has come a growing recognition that there is as much that we share as there is that we don’t.

The interpenetration of other economies, politics, cultures and societies is substantial and significant, transcending whether or not countries are part of the same organisations.

This, then, is a thought to carry with you today, the last Europe day during the UK’s membership of the European Union: even outside the EU, the UK will still continue to find itself in Europe, in that shared space.

Brexit changes some of the terms of that position, but ultimately it does not move it all that far. In the long history of British European policy, there has always been a tension between being involved and being aloof. The balance changes over time, but has never definitely come down on either side of the line.

That is not a counsel of despair, but of encouragement: the space in which we can take our next steps is more benign and more supportive than ever before. But only by taking the time to listen to debate and to discuss will we all be able to find a balance that works in a durable and productive manner.

69 years ago, Schuman held out a hand to his country’s former adversaries. Today, we might try holding out hands to those we have disagreed with, to work together to find a way forward.

By Simon Usherwood, Deputy Director of The UK in a Changing Europe.