The Hunt for this October 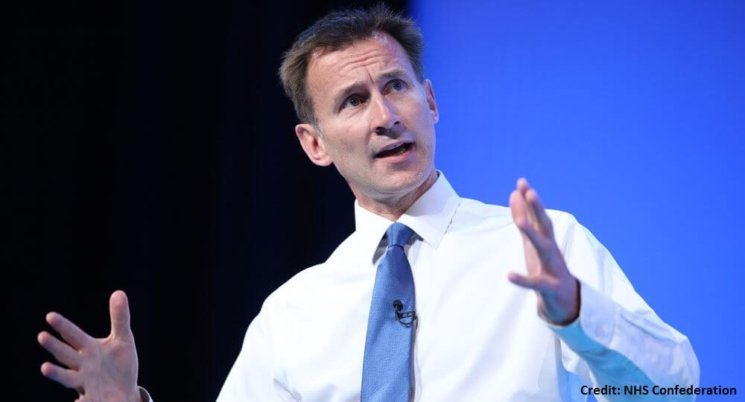 Foreign Secretary Jeremy Hunt’s speech to the Conservative Party Conference in Birmingham attracted considerable attention within the UK, and negative reaction from outside the UK.

Choosing to describe the EU as being akin to the Soviet Union grabbed headlines in the British tabloid press, but at the cost of significant adverse reaction from other EU member states (notably from the Baltic republics) and critical comments from European Commissioners and their chief spokesperson.

At a time at which the UK has a diplomatic strategy of seeking to influence the EU’s Brexit negotiations via the national capitals, the choice of language, at best, demonstrated ineptitude, and could be described as an exercise in diplomatic self-harm.

Mr Hunt’s appointment in July had been welcomed within diplomatic circles both inside and outside the UK as an opportunity to restore authority and dignity to the role of Foreign Secretary following the gaff-prone and under-whelming performance of Boris Johnson.

Mr Hunt appeared to be re-setting the role of Foreign Secretary to good effect – even managing to turn an episode in which he mis-spoke his Chinese wife’s nationality (as Japanese) on a trip to China to his advantage.

Hunt’s speech also coincided with the publication of the latest Pew Research Center Global Attitudes survey. This respected survey always draws attention for mapping trends in public attitudes across the globe. The latest survey includes a section on the influence of European countries, and the responses on the UK make for sobering reading.

The prevailing view from the survey of publics in 26 countries is that the UK’s status is stagnant or in decline. The survey reports that about half of Germans (52%) believe the UK is in decline – a downbeat sentiment echoed by most other Europeans, including 53% of Swedes, 51% of French people and 50% of the Dutch.

This sentiment is shared by UK respondents, with 39% agreeing that their own country has lost influence over the past decade – this is more than say the UK’s role has grown (23%) or stayed about the same (36%).

The extent to which Brexit is a background factor in the responses is indeterminant (in that the data on France presents a similar picture). In contrast Germany is seen as rising power rather than a declining or status quo European country.

The survey highlights that the UK faces a considerable public diplomacy challenge. Addressing this situation is not helped by the fact that the UK government has also failed to develop an effective message on the UK’s international role after Brexit.

The ‘Global Britain’ strapline that is promulgated by the Foreign Office, and other government ministries, is not cutting through. The primary reason for this, as demonstrated by the recent inquiry conducted by the House of Commons Foreign Affairs Committee, is that it is a slogan in search of content.

In the words of the Committee Chair Tom Tugendhat MP ‘[a] slogan is not a policy and the country needs a clear strategy to shape our actions or we risk damaging our reputation overseas and eroding support for a global outlook at home.’

It is difficult for other countries to have confidence in the message if the UK government is presenting a slogan as a substitute for policy.

With the Conservative Party conference concluded the government’s major diplomatic focus for this autumn will be to conclude the EU Withdrawal Agreement negotiations. The Foreign Office, and the Foreign Secretary, play a supporting rather than a leading role in these negotiations.

As the UK moves from being an EU member state to a major European state outside the EU the substantial role for the Foreign Secretary is to lead on the recalibration of the UK’s diplomacy.

The challenge for UK diplomacy in Europe will be to seek to have influence on the EU as a third country in Brussels and in other member state capitals. Outside the EU the UK will need to use its bilateral, mini- and multilateral diplomacy to the fullest extent possible to have a ‘remote control’ influence on what will continue to be the UK’s most important export location and a key component of European security.

A successful post-Brexit UK European diplomacy would assist in over-writing the Brexit negotiations, which are seen in many third countries as having been poorly handed by the UK. This would go some way to boosting perceptions of the UK’s foreign policy influence outside Europe.

A key domestic role for the Foreign Secretary will be to reverse the decline in the budget for the UK’s diplomacy by adroit politics in Whitehall and Westminster in advance of the 2019 Spending Review.

The UK’s spending on diplomacy lags behind its major European and international comparators, and boosting spending on the Foreign Office should be viewed as a government priority if views of a declining UK influence are to be reversed.

Consequently, the Hunt needed for this October is not a reproduction of the rhetorical misfiring of his predecessor, but a Foreign Secretary focusing on the hard graft of the UK’s diplomacy to maintain influence in a context in which many third countries see the UK as a diminished power.