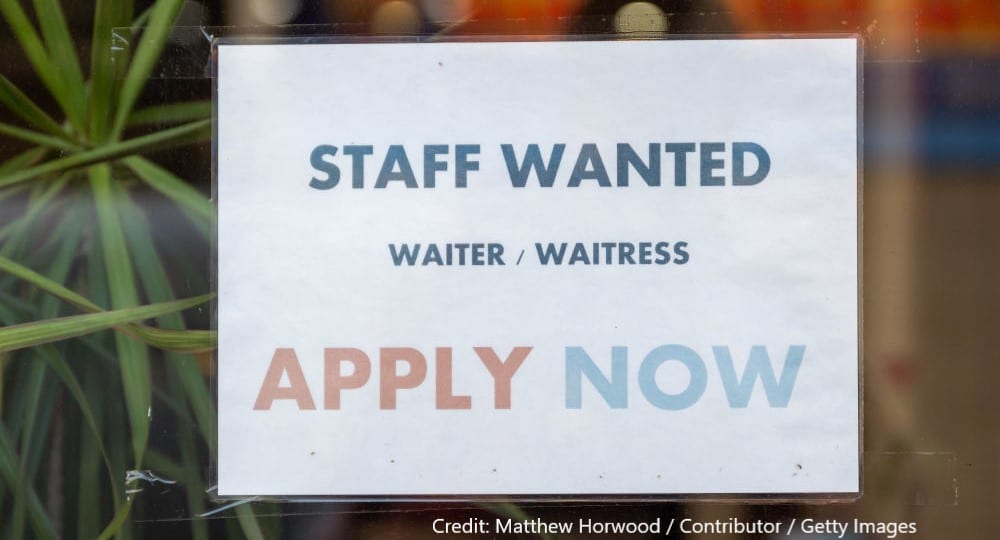 Jonathan Portes and John Springford give an early assessment of the impact of the post-Brexit immigration system on the UK labour market. A fuller discussion of their methodology and data is available in a working paper, published here.

Immigration was at the centre of the Brexit campaign, and the new post-Brexit system ends free movement, with a new system that favours skilled workers regardless of their country of origin. But in the aftermath of the pandemic, big labour shortages in health and social care, transport and hospitality have emerged, as many foreign nationals left UK during the pandemic and fewer arrived, while inactivity rose by more than half a million.  More recently, immigration has recovered strongly, with net migration estimated at over 500,000 in the year to June 2022.

Is the new system more restrictive, damaging migration-dependent sectors? Or more liberal, pushing up numbers overall? Now that pandemic restrictions have been over for a year, and the new system has been in force for two, it’s possible to make an early assessment of the impact on the British labour market.

We estimate how many EU and non-EU workers would have been in employment if pre-pandemic migration trends had continued. We then compare those counterfactuals to the out-turns, as measured by the Annual Population Survey. By September 2022, there was a significant shortfall of around 460,000 EU-origin workers, partly but not wholly compensated for by an increase of about 130,000 non-EU workers. The net loss of workers – around 330,000 – is 1% of the labour force. 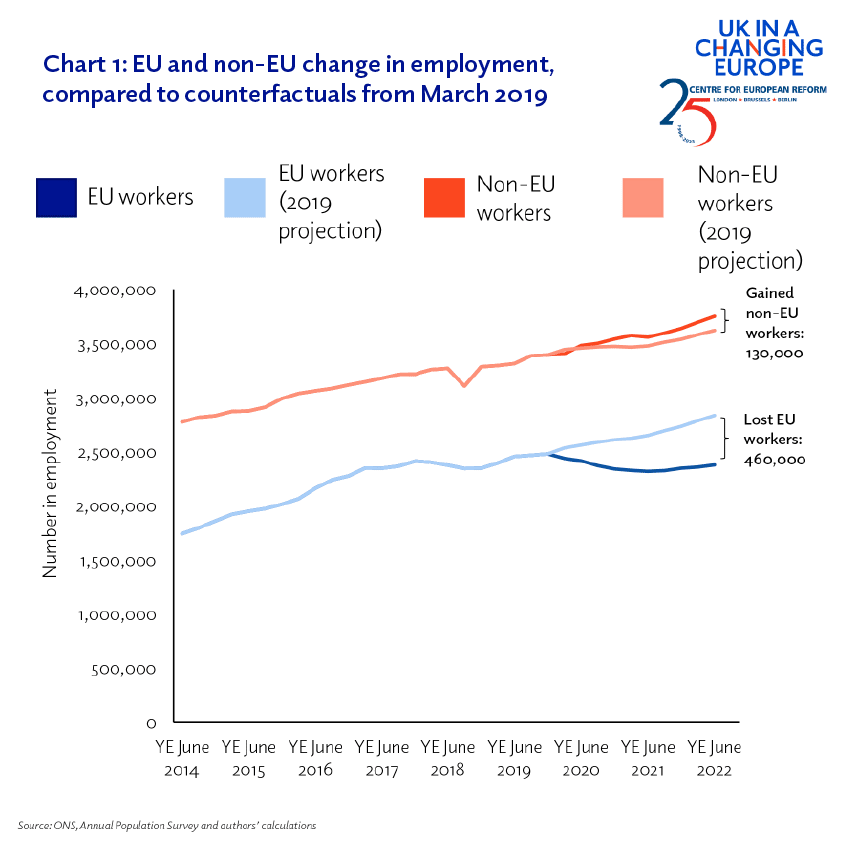 The large shortfall of non-UK workers is in sectors that disproportionately employ less-skilled workers. Table 1 shows the results of the same estimation above, but at a sectoral level. There are large shortfalls in EU-origin workers in transportation and storage, wholesale and retail, accommodation and food, manufacturing, construction, and administration and support.

All this adds up to a big fall in labour supply in these sectors. In hospitality and administration, there are sizeable but smaller shortfalls in non-EU-origin workers too. However, in general, less-skilled workers from outside the EU held steady in those sectors. And in more skilled sectors, such as healthcare, education and ICT, more non-EU workers more than compensated for losses of those from the EU; this is especially true in healthcare, where the new system is particularly liberal. 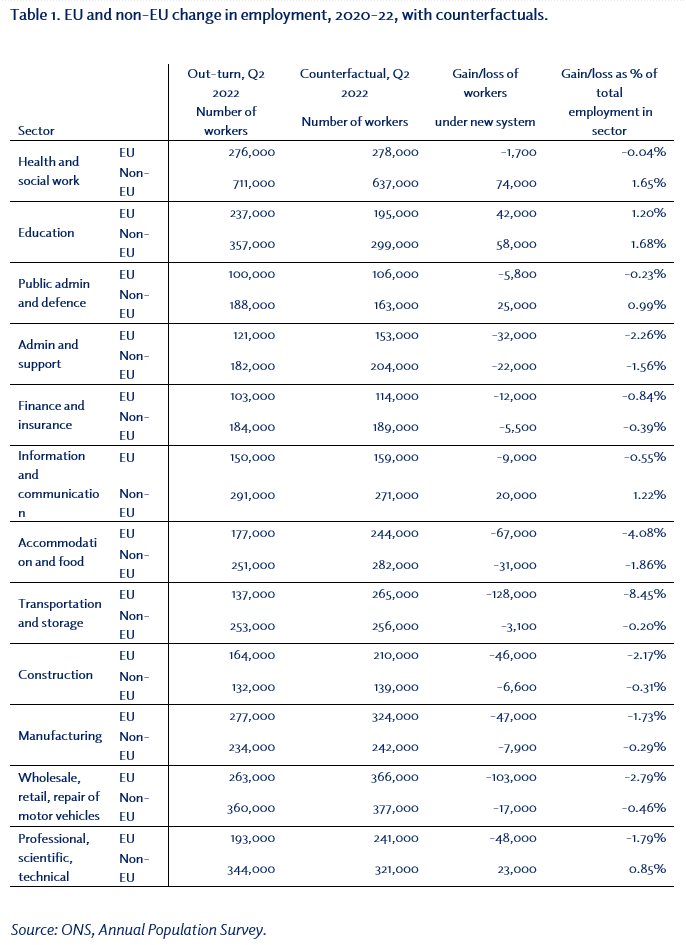 A fuller discussion of our methodology and data, and associated limitations, is available in our working paper, published here. Briefly, we calculate the average growth rate in the workforce, by region of origin (UK/EU/non-EU), for the 2014-19 period, ignoring 2020 and 2021 when the data is much less reliable. Our counterfactual then assumes that growth rates in the non-UK born workforce would have followed a similar trajectory to that of the UK-born workforce.  This does not ignore the impact of the pandemic – rather, it assumes that there is no marked differential impact on labour demand between UK and non-EU workers

There are three important uncertainties.

First, we account for labour demand by assuming that if UK employment fell, then the change in EU and non-EU employment would have fallen equivalently. But this ignores changes to labour supply, either domestically or in terms of the desire of migrants to come to the UK.

Second, immigration from non-work-related routes has increased, with big inflows of refugees from Ukraine, Hong Kongers, and students. Many will enter employment over time, especially because the government has made it easier for foreign students to work in the UK after their courses have ended. Additionally, many EU workers who have left the UK have the right to work under the EU settlement scheme, and may return to Britain over time.

Third, the new immigration system will take time to bed in. Over half of UK jobs are in principle open to immigrants, and over time employers may expand their use of the system.

What, if anything, do our estimates mean for the immigration policy debate? Overall, the new system is working broadly as Leave advocates promised. EU citizens no longer have the automatic right to work in the UK, and must apply for visas alongside people from the rest of the world. The conditions of the new system, while liberal, are too onerous to compensate for the loss of free movement in low-skilled sectors of the economy, which is contributing to labour shortages.

Employers in those sectors may respond by raising wages and prices, by reducing production, or by investing in automation. But some combination of higher wages and prices, and less output is likely, especially in work that is hard to automate.  If this government, or future ones, decide that this is problematic, they could make it easier for immigrants to move to the UK for work, especially by reducing the cost of visas and reducing – or eliminating – the ‘immigration health surcharge’, a tax on visa-holders.