The implication of a hard Brexit for the island of Ireland: challenges and possible solutions 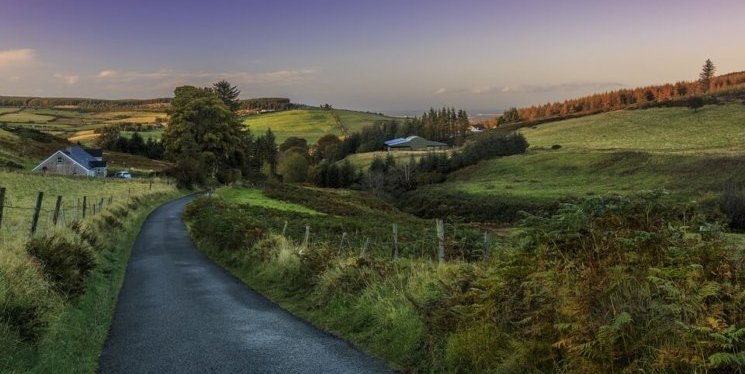 The scenario of a ‘hard Brexit’ may not look likely at this stage, but it cannot be excluded either. In fact, the Irish question is precisely what may ultimately derail the whole Brexit negotiation process.

On 28 February 2018 the European Commission published a draft withdrawal agreement, which the UK Government mostly accepted on 19 March 2018. Yet no agreement has yet been reached between the EU and the UK on the Protocol on Northern Ireland, which is part and parcel of the draft withdrawal treaty. And because nothing is agreed until everything is agreed, the possibility that the whole withdrawal accord may collapse remains a distinct possibility.

Preparations for a worse-case scenario are therefore necessary on the European side. In a recent report I was commissioned to write by the European Parliament, I detailed what the institutional implications of a hard Brexit would be for the EU generally, and Ireland specifically.

While the consequences of a disorderly UK withdrawal on the EU institutions would not fundamentally differ from those that would follow from an orderly exit – including the end of UK participation in the European Council and the council, and the automatic termination of the British Commissioner’s mandate – a hard Brexit would greatly impact trade relations and security and justice cooperation between the EU and the UK.

If the UK were to leave the EU in March 2019 without an agreement that kept it closely connected with the EU single market and customs union, commerce between the EU and the UK would be governed by World Trade Organization (WTO) rules.

Free movement of goods, services, people and capital would come to a halt, and custom controls would need to be set up at the border between the EU and the UK to levy tariffs and verify rules of origins of imported and exported goods.

At the same time, if the UK were to leave the EU without an agreement that keeps it closely connected to the EU Area of Freedom Security and Justice, criminal justice and law enforcement cooperation would bounce back to classical instruments of international law.

Mechanisms of police and judicial mutual assistance like the European arrest warrant, the European investigation order and the sharing of information under the Security Information System would be immediately suspended, and much more cumbersome instruments like extradition requests and so called ‘letters rogatory’ – judicial requests to other courts on a case by case basis, rather than a framework for co-operation – would have to be used to secure cooperation in the field of security.

This would pose vital challenges particularly for the Republic of Ireland, given its 500+ km border with the UK in Northern Ireland: a hard border with customs control and the absence of cross-border police cooperation would in fact call into question the achievements of the peace process.

To address these challenges, I have suggested in my report that the EU could consider taking a number of contingency measures. On the side of trade, the EU could invoke the “frontier traffic exception” – a never used clause of the Global Agreement on Tariffs and Trade (GATT) codified in Article XXIV(3) – to declare the whole territory of Northern Ireland as a border region to the EU customs union – which would avert the need for a customs border (at least on the EU side) but not, it should be noted, the need for sanitary and phytosanitary checks.

On the side of justice and security, the EU could instead try to replicate with the UK some of the cooperation agreements it has put in place vis-à-vis other non-EU countries, such as Iceland and Norway.

Nevertheless, the frontier traffic exception is not without problems – and there are clear limits to what the EU can agree in areas of freedom, security and justice with third countries which do not abide by the same EU human rights and data protection standards, and are not subject to jurisdiction of the European Court of Justice.

In the end, from a policy perspective, it is to be hoped that Brexit negotiations will successfully result in an orderly withdrawal process, with an agreement on the future relations that addresses the above mentioned challenges. But the future of Brexit depends on Ireland.

By Federico Fabbrini, Full Professor of European Law at the School of Law & Government of Dublin City University (DCU). This piece originally featured in the ‘Brexit and the island of Ireland’ conference.