The implications of Brexit for drugs and medical devices 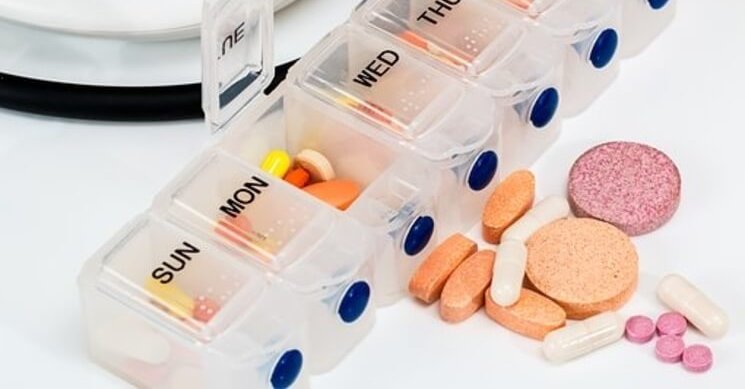 EU law underpins the regulation of pharmaceuticals in the UK. Medicines are approved via one of two routes, a centralised or a decentralised process.

Under the former, drug approvals are issued by the European Medicines Agency (EMA) and are valid across all member states. Under the latter, approval can be given by the equivalent authority operating within each member state. In the UK, this is the Medicines and Healthcare Products Regulatory Agency (MHRA).

Where medicines are subject to the decentralised process, the MHRA already has operating and approval systems in place.

However, certain pharmaceuticals, such as orphan medicines, which are used to treat a relatively small number of patients who suffer from rare diseases, are not subject to the decentralised process.

They must be authorised centrally by the EMA. Unless there are special agreements put in place post-Brexit, the implications would be serious.

First, unless this is subject to a specific sectoral deal, the UK would not have access to cross-EU monitoring and notification systems for pharmaceuticals. This loss of access is indicated in the Commission’s draft Withdrawal Agreement of February 2018.

Second, pharmaceuticals produced in the UK would not necessarily be approved for use across the EU.

Third, the MHRA would need to establish its own specific measures to enable such approvals at the domestic level. It appears from evidence to the Health Select Committee in January that the MHRA is already planning for this.

It is important that the UK government ensures that the MHRA has the necessary resources and support to undertake this increased workload.

Fourth, it would be in the UK’s interests to ensure, as far as possible, alignment of standards with the EU to facilitate production and marketing of pharmaceuticals, at least for the near future.

This is to prevent any adverse impact on patient safety and on the pharmaceutical industry. Such alignment has been strongly advocated by pharmaceutical companies operating in the UK in evidence to Select Committees.

Linked to this, once the UK leaves the EU it will not be part of the EU pharmacovigilance networks, unless there is a specific sectoral agreement reached.

Practical concerns have also been raised about the future status of the UK as a market for new drugs. There is a danger that it would be regarded as a comparatively low priority market given its size relative to the EU and the US.

New drugs might be less likely to be launched in the UK, therefore taking much longer to reach patients.

Health secretary Jeremy Hunt has suggested that drugs approved for sale in Europe would be automatically licensed in UK, but this would by no means guarantee equivalent treatment of UK-based products on the EU side.

Nevertheless, such a move would speed up the process of getting new products onto the UK market.

However, such an arrangement would raise accountability issues. The UK would be entirely dependent on the regulatory procedures of the EU without any meaningful say over how they were designed and implemented.

UK authorities would be responsible for any dangers to public health arising from the sale or use of EU-based products without any power to hold regulators to account, which might prove politically unsustainable.

The Prime Minister went further in her Mansion House speech in March, suggesting that the UK would be seeking access to the EMA, among other agencies, via associate membership.

Whether this can be achieved in practice is not clear, as such third country status has not been afforded in the past.

If it can’t be achieved, this would affect the 274 small and medium-sized pharmaceutical enterprises based in the UK that are registered with the European Medicines Agency, the EU’s medicines regulator, and the 427 products that are centrally authorised and authorised for sale from the UK.

For these products, without a comprehensive sectoral agreement that maintained current levels of regulatory alignment and mutual recognition of authorisations, all would have to be transferred to EU-based authorisation holders to continue being sold in the EU.

The EMA has indicated that these transfers must be completed by the time the UK leaves the EU in March 2019.

Moreover, when it comes to trade deals with other states there is enormous uncertainty about what access foreign pharmaceutical companies might be granted to the UK and what access UK firms will enjoy abroad. Such questions will be the subject of negotiation during trade talks with third countries.

In terms of a future agreement with the US, there has been considerable criticism of the deal Australia signed with the US in 2004 particularly when it comes to the terms related to pharmaceuticals.

That agreement contained greater protection for intellectual property (IP) rights, including patents, which benefitted those US pharmaceutical producers which held patents for the drugs they produced.

This in turn impacted on those companies that produced generic drugs, limiting their ability to sell cheaper versions of the patented products. The vast majority of drugs bought in the UK are generics, which account for 84% of the pharmaceuticals sold.

Were similar provisions to be included in a future trade deal with the US—and a pharmaceuticals chapter would likely be included—then prices for both the public and the NHS could rise if rules favoured patent-holding firms over generics businesses.

Clinical trials concerning pharmaceuticals are currently subject to the EU Clinical Trials Directive. This led to the first statutory requirement in the UK for a range of regulatory procedures in the area of clinical research on humans, including requirements concerning mandatory research ethics committee approval and informed consent.

This is due to be replaced by a new EU regulation, to be implemented in 2019, after the UK leaves the EU, although the terms of the transition period, or domestic legislative choice, will determine whether or not it is brought into UK law.

One aspect of this regulation is a new cross-EU computer database into which all clinical trial applications will have to be entered in order to be valid. Depending on the terms of a transition period, the UK may need to implement the regulation.

Although this would ensure alignment post-Brexit in terms of approval criteria, it would not enable the UK to have access to the database unless a specific sectoral agreement was reached.

The absence of such an agreement could jeopardise the work of UK researchers who want to undertake cross-EU clinical trials. However, the MHRA has indicated that it does not see this as a major issue, as international clinical trials are undertaken with collaborators across jurisdictions.

Turning from pharmaceuticals to medical devices, the approval of these is delegated to commercial companies, known as “notified bodies”. These operate in different member states and provide approvals that are valid across the EU.

The role and operation of these bodies has come under some criticism. Incidents such as the Poly Implant Prostheses breast implant scandal, when the use of unauthorised silicon in some implants led them to rupture, have helped to drive reform in this area.

Part of these reforms will be accompanied by a new EU-wide electronic monitoring system, through the EMA, which will develop and expand existing databases.

In addition, another database containing information on medical devices will be linked to the new EU Clinical Trials Database. Continued access to these databases post-Brexit would require specific sectoral deals.

However, for medical devices there is an existing mutual recognition agreement between the EU and Switzerland that may provide a possible model, although the EU has so far remained firm that the Switzerland model is not on offer for the UK’s future EU relationship.

Major uncertainties also remain in relation to access to other EU systems that affect patient health. For example, in leaving the EU the UK will be leaving Euratom, the EU atomic agency community.

Concerns have been expressed as to whether this may result in problems in accessing radioisotopes used in cancer treatment, which have very short half-lives and cannot be stockpiled.

However, the government has argued that because they are “not fissile nuclear material”, and thus not capable of reacting, they would in any event fall outside international nuclear safeguards.

Again, in her Mansion House speech, the Prime Minister made reference to the benefits of a close working relationship with Euratom but was unspecific about how this may be achieved.