The implications of Brexit for the North-East and Cumbria 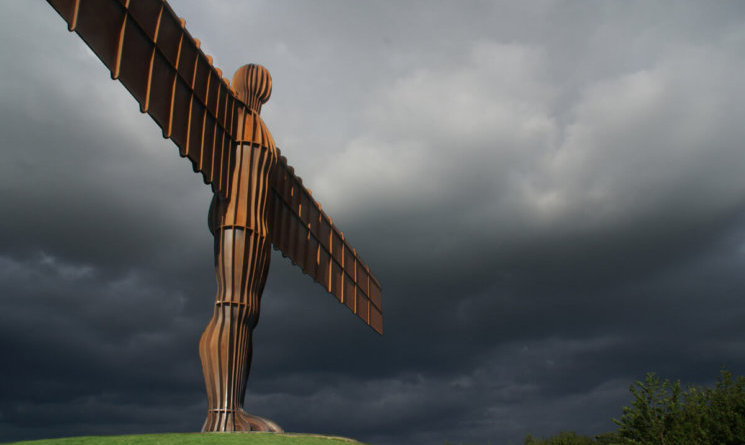 With the first phase of negotiations already concluded, the Brexit process is now entering into a crucial period. Although the process is still wrapped in uncertainty, it’s becoming clear that its outcomes are likely to generate different impacts across different parts of the country.

Take, for instance, the north east of England (NE) and Cumbria. In these areas, the Leave campaign registered impressive results: only two constituencies out of 18 across the two English areas voted to remain, with a leave vote of over 60% in nine of these.

In Cumbria, 56.4% of voters voted to leave the EU. This is despite the two areas benefiting heavily from EU structural fund investments, and experiencing comparatively low numbers of migrant workers relative to other English regions. So what can the economic implications of such a decision be for these two areas?

According to discussions and debates among participants at the three ESRC seminar events organised by academics at Northumbria University in collaboration with University of Cumbria and Heriot-Watt University, post-Brexit outcomes could have a very different impact across different areas, affecting investment in infrastructure as well as collaborative opportunities within sectors and between places.

For Anna Round of the IPPR North, a think tank, the key is whether the UK will manage to strike a new trade deal with the EU, and be able to pursue a strong free trade agenda. If so, we could see a permanent gain in GDP by 0.6% by 2030, if not, a permanent loss of 0.8% – and wider estimates range from 1.6% in gains to 2.2% in losses.

Success would entail the UK being able to negotiate a comprehensive free trade deal with the EU, undertaking substantial deregulation at home, and engaging in strong pursuit of free trade with the rest of the world.

Meanwhile, the fall of the pound following the EU referendum generated an immediate positive on exports for the regional economy, although this does not ease concerns about levels of investment and productivity in the region. Employment rates in the NE and Cumbria are continuing to grow, but the Brexit process increases risks associated with the size of labour force and its structure.

Accentuated inflationary pressures pose questions about how future UK monetary policy would affect salaries and debt payments at a national level, and about its cascade effects at regional levels. The two areas are net beneficiaries from EU funding, and losing access to this money would create a shock which is likely to be more significant compared to other regions of the country.

Since the new Regional EU Policy for 2020-2027 is in the process of being launched, there are questions about the nature of future relationships with Brussels with regard to – for instance – transitional programmes.

A weaker pound has so far helped local tourism. In Cumbria, heritage attractions such as the Lake District and Hadrian’s Wall have become more appealing to foreign tourists.

International and domestic visitor numbers may increase with the Lake District securing World Heritage Site status, and with the upgrading of the tiny local airport to enable it to accept international flights.

However, one drawback that Brexit could bring to the visitor economy relates to implications for EU nationals working in the UK, and the ability of the hospitality industry to recruit from abroad. At the moment, 11% of the 60,000 people working in the tourism industry in Cumbria are migrant workers, mostly from EU countries.

Given the centrality of the rural dimension in the two areas, the impact of Brexit for the land-based sector could be significant. Common Agricultural Policy payments to UK farmers as a whole will amount to Є251bn of direct payments, and Є2.6bn for agri-environment and rural development, in the period 2014-20.

According to Professor Mark Shucksmith from Newcastle University, currently 95% of UK sheep exports go to the EU, and the size and nature of the Brexit effect depends on both the trading relationships agreed, and on policies – be they nation-wide or delegated to the devolved governments – which replace the current EU frameworks.

In a hypothetical no deal scenario leading to trade under WTO rules, hill sheep farms face more than 30% tariffs on exports, beef farmers more than 50%, and dairy farms more than 36%.

In addition, WTO rules would limit payments under agri-environment schemes to that of income foregone by farmers and which must be non-trade distorting, rather than generating positive inducements to foster natural capital.

Brexit will undoubtedly affect devolution and governance issues, and therefore will have an impact on the development of the Northern Powerhouse. For Professor John Shutt of Leeds Beckett University, the devolution deals currently being bargained over between central government and English local authorities are not going to solve the widening north/south divide in Britain.

The UK has disposed of much decision-making capacity at the regional level, a reasonable scale at which to conduct regional policy.  However, after the demise of Regional Development Agencies, England has been left with a fragmented network of Local Economic Partnerships (LEPs) which still do not necessarily reflect functional economic space.

When considering repatriating powers from Brussels in conjunction with on-going devolution initiatives, different levels of governance will come into play. Potential losses in terms of EU funding will force mayors involved at top-level discussions on Brexit to secure reassurances on future funding streams, and remediation or compensation for lost EU support.

This may require a new, pan-Northern approach via the Northern Powerhouse, including Transport for the North or even a new Council for the North. In creating new forms of economic governance, it will be important for the government to include rural areas in these deliberations.

While the recent UK Government backing for the Borderlands Growth Deal is significant, a more integrated and coherent strategic approach to rural economic governance and rural productivity post-Brexit is now badly needed.