The importance of democratic control over immigration 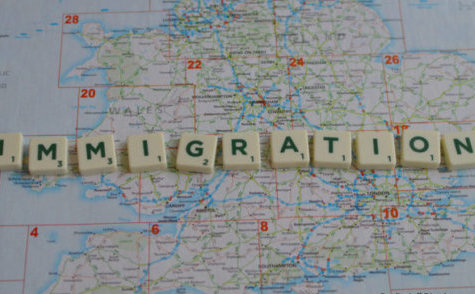 In the midst of election campaigning, and with the prospect of Brexit looming, there is plenty of discussion as to what post-Brexit immigration should look like. But there is another question – central to the Brexit vote – that is being neglected: whose policy is it, and who has control? Taking seriously the sense of democratic ownership of policy amongst the voters is as important as the policy itself.

Contrary to popular belief, the 2016 referendum said nothing at all about immigration, in the same way that it said nothing about workers’ rights, treaties with the USA or taxation. ‘Immigration’ did not feature on the ballot paper, which was limited to a simple question: ‘Should the United Kingdom remain a member of the European Union or leave the European Union?’

Of course concern over immigration played an important role in how people voted, and there is some argument as to whether it played a greater or lesser role than that of sovereignty. It’s a false debate. Control over immigration is an expression of sovereignty when a part of that control has been outsourced to the EU.

Those who want to see a more liberal policy, for free movement in Europe, or even to abolish immigration controls, could have argued for that in the referendum and subsequently, whilst supporting Brexit. Almost none did, and in fact many on the left reversed their own long-stated opposition to the EU to proclaim that opposition dangerous and xenophobic.

My point is that for many favouring a more liberal immigration regime, looking to British voters to democratically endorse their view is out of fashion. Instead, a failure to win the argument in the public sphere has led advocates of such a policy to look away from fellow citizens, and instead look to the EU, or admirable campaigns that highlight the plight of refugees.

In particular, the EU is hailed as the champion of ‘free movement’, when to people outside its borders it is anything but. The tradition of arguing for a more liberal approach to immigration was in the past oriented towards garnering public support – less so today.

Arguing for public support for a liberal approach to immigration seems to have been replaced with public condemnation of Leave voters as irredeemably xenophobic, narrow nationalists. Rik and Viv, characters from the 1980s comedy The Young Ones, called anyone not on their side ‘Fascists!’.

Today an only slightly more subtle labelling is widespread, with Leave voters commonly associated with far right, xenophobic politics, in most cases for nothing more than having the temerity to support Brexit.

Unlike The Young Ones, it isn’t funny. Rather, it has only fuelled division based on a false premise. In June 2016 a Polish man, Arkadiusz Jóźwik, was punched to the ground in an altercation and tragically died. News outlets and commentators – mainstream, pro-Remain, online and off – condemned this as crime motivated by the ‘tide of hate’ that Brexit had ‘unleashed’. It came to light in court that the incident had nothing whatsoever to do with Brexit or the man’s Polish nationality.

The Windrush scandal, and the hostile environment it exposed, have been widely regarded as an indictment of the current government. One poll indicated that 78% of the public supported the Windrush victims’ right to stay, with 9% against, and another indicated that 63% were actually ‘ashamed’ of how the Windrush generation had been treated.

Yet a best-selling book on Brexit chose to cite the finding that 80% of UK citizens support the general principle of checking the documents of any person when they apply for jobs and register with a doctor as proof of ‘overwhelming support for the [Conservative government’s] hostile environment policy’, and of the prevalence of racism amongst the population.

This is typical of a deep-seated pessimism, an impulse to think the worst of people, and ultimately to write off the Leave voting majority as xenophobic, duped or both.

Ukip had of course prioritised the issue of immigration during the referendum. Their notorious ‘Breaking Point’ poster was rightly branded as racist by MPs from across the political spectrum. But Ukip largely disappeared in the 2017 election when the main parties promised to implement the referendum result.

When it became clear to many that these manifesto commitments were empty promises, the Brexit Party came top in the 2019 European Parliament elections. Their campaign and politically diverse candidates barely mentioned immigration, focusing on the principles of democracy and sovereignty.

Those who have written off Leave voters as illiberal should note that in most randomly sampled surveys since the referendum, such as the EU’s own Eurobarometer, the general picture is one of growing positivity towards immigration.

The Office of National Statistics Crime Survey for England and Wales, again based on a random sample, indicates falling hate crime over this period. Self-selecting surveys on this issue, based on reports of incidents, do show significant rises. The former probably provide a fairer picture of changes over time, given the growing awareness and promotion of reporting hate incidents. These surveys contradict the assumption of growing anti-immigration sentiment and anti-immigrant xenophobia amongst the general population.

So over the last three and a half years many who favour a liberal immigration policy have treated Brexit as a cipher for hostile attitudes to immigration, mostly erroneously. Moreover, concern over immigration seems to be readily elided with hostility to immigrants. Many have assumed the worst – that ‘taking back control’ is necessarily a demand directed against others.

In fact the majority of British voters are pretty positive about immigration whilst wanting it to be controlled, and are not hostile to immigrants – nothing major changed in that regard in 2016. Why would it?

If citizens are subject to rules that they themselves determine – if they see it as their policy – then there is every reason to think that they will engage with the issues with more openness than our main political parties give them credit for, or indeed exhibit themselves.

But before politicians and campaigners can challenge the views of voters, they will have to challenge their own pejorative assumptions about those same voters, and engage with them as individuals with open minds, not caricatures based on age, colour and how they voted in the 2016 referendum.

If they are prepared to do that, those arguing for a more liberal and humane immigration policy have nothing to fear and everything to argue for.