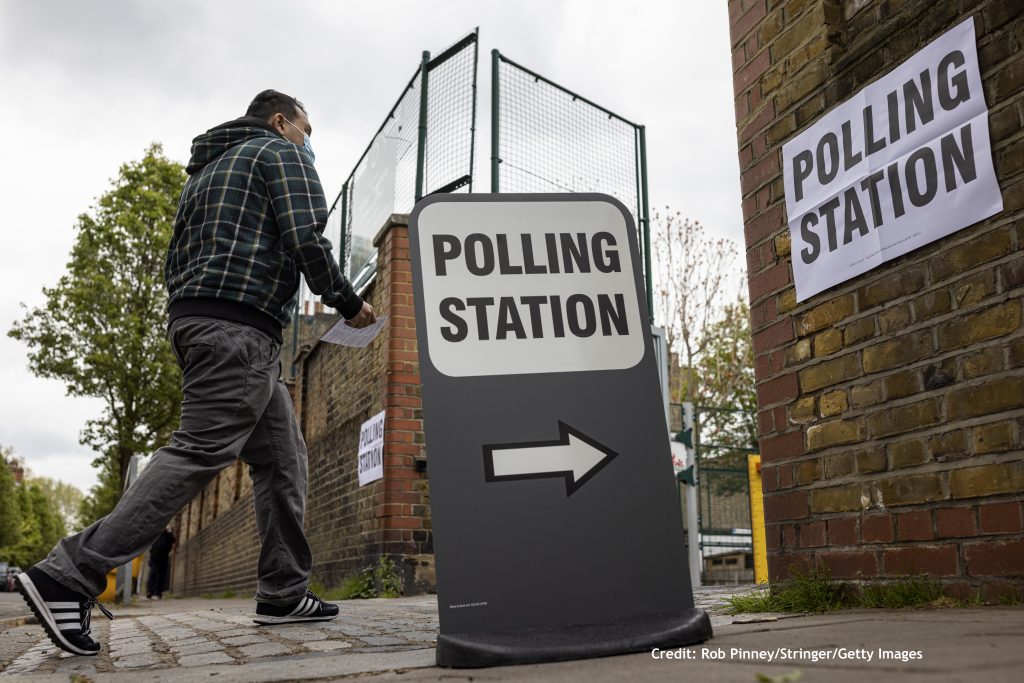 The latest in the series of Brexit tracker surveys undertaken by Redfield & Wilton for UK in a Changing Europe finds that in a referendum on whether the UK should re-join or stay out of the EU, 53% would now vote to re-join, while 47% would back staying out.

This represents a turnaround from previous polls in the series. Back in April 49% said that they would vote to re-join (with 51% backing staying out), while in February just 45% did so (55% backed staying out). That said, the latest figures are broadly in line with the results of most (though not all) polls since the second half of last year (see here and here).

Given that is the case, why is our poll showing a narrow majority in favour of re-joining the EU? The answer lies in the last column of the table. This shows that among 2016 non-voters, those who would vote to re-join the EU outnumber those who would back staying out by nearly four to one. It is this substantial imbalance that accounts for the pro-re-join lead in our poll.

We have been here before. Polls conducted during the course of the Brexit negotiations repeatedly found that those who did not vote in 2016 were more likely to say that they would back Remain than Leave during a second EU referendum (see, for example, here and here). Now it seems the pattern is still with us even though Brexit is done.

Nearly two in five of those who did not vote in 2016 are aged between 18 and 24, a group amongst whom only the very oldest would have been eligible to vote in 2016. (Just 15% claim to have done so.) Not all of them would vote in another referendum – nearly one in five (18%) say that they would not do so, somewhat above the equivalent figure for voters as a whole (14%). But those who do express a view are decidedly in favour of re-joining the EU.  No less than 76% say that they would vote to do so, while just 15% would vote to stay out and 9% do not know how they would vote.

Given that younger people were much more likely than older people to vote Remain in 2016, these figures should not come as a surprise. But they do indicate that, as the 2016 referendum recedes into the rear-view mirror, demographic turnover is indeed gradually serving to erode the pro-Leave majority that was recorded in that ballot.

But what of the remaining three-fifths of 2016 non-voters who are 25 or older and thus were not too young to vote six years ago? They are, in truth, also relatively young. No less than three-quarters (75%) are aged below 55 – compared with only just over half (52%) of those aged 25 and over who did vote in 2016. And as we might anticipate, given their past record, they are also less likely to go to the polls – nearly one in three (32%) say they definitely or probably would do so.

However, as we might also anticipate, their relative youth is also associated with a tendency to prefer EU membership, albeit not to the same extent as those who were too young to vote in 2016. As many as 59% indicate that they would now vote to re-join the EU, while just 19% would back staying out and 23% say that they do not know what they would do.

Much commentary on the legacy of Brexit focuses on the two committed camps of ‘Remainers’ and ‘Leavers’. But we need also to remember that a significant proportion of the electorate (29% according to the official tally) did not vote in the EU referendum, and that, meanwhile, a new generation of voters is gradually entering the electorate. Their views are ones that neither side in the Brexit debate can afford to ignore.

By John Curtice, Senior Fellow at UK in a Changing Europe