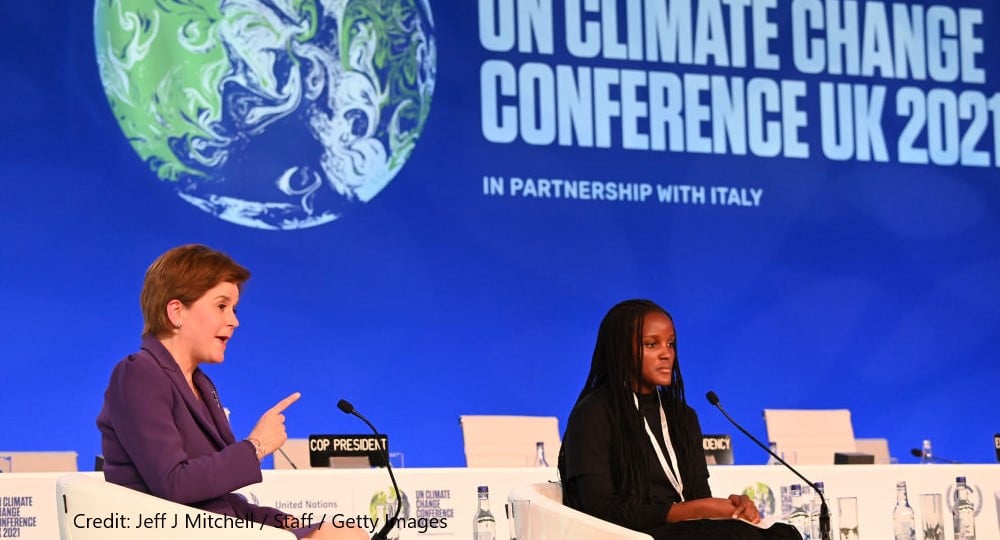 Stephen Gethins examines what the foreign policy objectives of an independent Scotland would be, highlighting that as well as seeking EU membership, Scotland would need to prioritise establishing friendly relations with the UK.

Like other nations, Scotland has influenced and been influenced by the wider international community throughout history. In centuries past Scotland was part of the international fabric creating alliances and partnerships to strengthen its national interests. The only document we have written by William Wallace, the letter of Lübeck, was sent in the aftermath of re-establishing Scottish Independence in 1297, to the Hanseatic League telling Scotland’s European trading partners that it was open for business. That period of independence came to an end in 1707 with the Treaty of Union, the result – in part – of a failed Scottish foreign policy (colonial) venture in Panama.

Today, Scotland’s constitutional debate is dominated by the question of Brexit. Scotland voted overwhelmingly to stay in the EU and two thirds of those remain voters now back independence. Given the UK’s ongoing divergence from the bloc, very different foreign policy visions are emerging in Holyrood and Westminster. Opinion polls indicate this choice between different unions and distinctive global outlooks is one of the primary catalysts for independence.

It is therefore fair to ask what the foreign policy objectives of an independent Scotland would be. Given public opinion, one of the first priorities would be for Scotland to seek EU membership at the earliest opportunity. That work has started, with Holyrood legislation maintaining EU alignment in areas of devolved competence and a beefed-up Scottish government presence in Brussels. However, if Scotland is to beat the record, set by Finland, of two years and nine months between an application going in and accession, then even more political, diplomatic and civil service resource is likely to be required.

That said, the immediate priority of a newly established Scottish foreign ministry would lie within these islands. After independence it will be important to reassure the UK that Scotland remains a steadfast friend and ally.

That would be the single biggest objective of an incoming Scottish Foreign Secretary and would help unlock other potential challenges. Scottish Ministers would be at pains to reassure the UK that it had ‘lost a surly lodger and gained a friendly neighbour’. That would require an investment in diplomatic resources as well as a campaign of public diplomacy to reassure a potentially sceptical English public. That would also assist in securing EU membership. The Scottish government could even argue it could act as a bridge to the UK to help rebuild EU/UK relations since it would be, along with Ireland, the member state with the closest links.

That may not be simple. Some in the UK and EU will sense an opportunity to bring the UK closer to the Single Market, since it will now have two land borders with the EU, and Scottish independence will have dealt another blow to an already creaking Brexit project. Independence will trigger a difficult debate in England about its own place in the world with consequences for its neighbours.

Although these twin challenges will be Scotland’s most significant foreign policy priorities, there will be others. In the aftermath of the war in Ukraine, Scotland will want to show that it takes its security responsibilities seriously. For the EU States bordering Russia, that will be even more important than Scotland’s relationship with England.

In many areas of foreign policy an independent Scotland would seek inspiration from its neighbour to the south-east, Ireland. However, on security, Scotland’s Nordic neighbours in the north west provide the most useful template. Scotland’s strategically important location means these allies will be watching the debate carefully: Scotland would commit to early membership of NATO, and need to illustrate it takes threats to European democracy seriously. On Trident, it is unlikely that the UK would want to leave its entire nuclear arsenal on the territory of another sovereign state, and negotiations would be undertaken swiftly to ensure their removal as quickly as safety allows.

Security goes beyond military hardware. Scotland will be well placed to contribute to broader European security priorities such as food and energy. But further afield, Scotland would need to learn to prioritise. That means streamlining and working with others in terms of embassies and consulates and crucially Scotland needs to decide where it brings added value as a fully-fledged international actor.

There are already plenty of clues from work pursued by the Scottish government. Scotland would continue its work as a leader in climate justice including its leadership on loss and damage. There is also scope for work in state-building initiatives, continuing work with the UN on women peacebuilders for instance. Other areas of focus might be driven by Scotland traditional strengths such as education, research, finance, and energy.

Scotland would also continue to play a role in the Commonwealth and wider anglosphere. That helps to further unlock the potential of a powerful international brand and worldwide diaspora. Whereas the diaspora has, rightly, been unwilling to engage in domestic politics, were the independence question settled, then it would want to help the new state get off to the best possible start.

An independent Scotland would embrace multilateralism and the idea of the pulling and sharing of sovereignty not just in the EU, but beyond as in other similar states. Simon Coveney, Ireland’s former foreign minister, summed up that approach:

For Ireland our membership of the European Union and our close working partnership with other Member States, has strengthened rather than diminished our independence, self-confidence and security.

These different outlooks between the UK and its European neighbours explain the current divergences in the UK. Scots feel less at home in a UK that appears isolated whilst breaking international law and European treaties. The circumstances that lead to the end of the Union will have consequences for both the new state and the one it leaves behind in their foreign policy objectives and consequent political fall-out.