The Internal Market Bill as a work of auto-destructive art 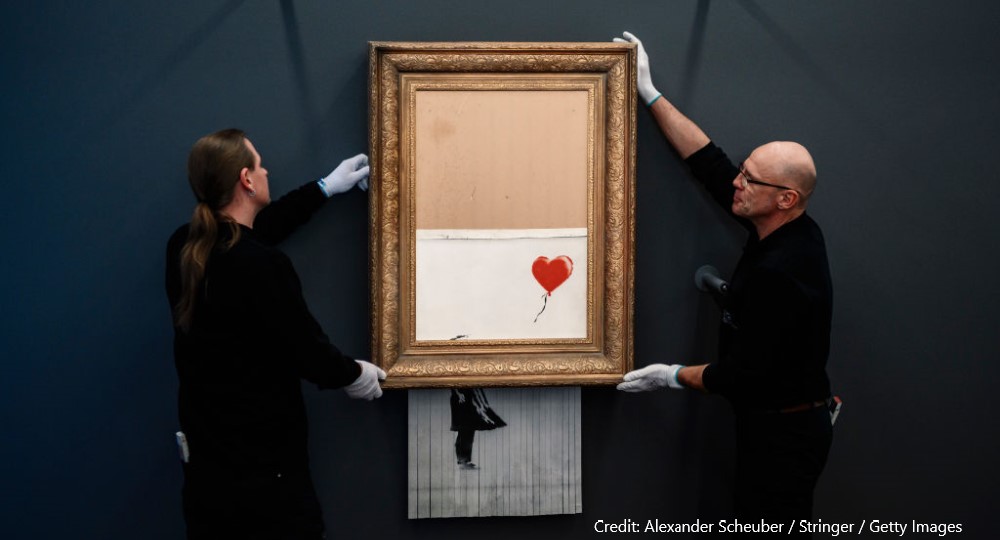 Part 5 of the Internal Market Bill drew a sharp intake of breath when it was trailed by Brandon Lewis as providing for a “specific and limited” breach of the UK’s commitments under the Withdrawal Agreement’s Protocol on Ireland/Northern Ireland.

And it has dazzled once again as Michael Gove has, just a day after the UK Government roused MPs to reinstate these clauses in the face of their rejection by the House of Lords, made those same clauses disappear.

This law-that-never-was provides a set piece of Brexit theatre which is entirely in keeping with the UK’s relationship with the EU.

From the European Communities Act 1972, which deliberately obscured the impact of membership of the European project on Westminster’s law-making competences, to the Protocol on Ireland/Northern Ireland itself, the provisions of which seem to say one thing and mean another, the connections between the UK and EU legal orders have long been impenetrable to non-experts.

These developments are all about those connections.

If the Protocol set up a complex Venn diagram, in which both the EU single market in goods and the UK’s customs territory would apply to Northern Ireland after the end of Brexit’s transition and implementation period, much of the complexity is that this arrangement isn’t simply a matter of overlap.

The UK and EU regimes have to interact with each other, and the way that they interact was left to be settled by the Withdrawal Agreement’s Joint Committee.

The UK Government had, however, given up so much ground in negotiating the Protocol, in its eagerness to escape a backstop arrangement that would see all of the UK in close alignment with EU’s rules for goods post Brexit, that a strict application of the Protocol’s terms could result in considerable dislocations in trade between Northern Ireland and Great Britain.

It marks the culmination of months of furious negotiation in the Joint Committee, work made more difficult by Brexit’s short transition/implementation period, the impact of the Covid-19 pandemic and the raising of the stakes by the UK Government in the Internal Market Bill.

The opaque nature of the Joint Committee process, however, means that the exact arrangements which have been agreed for ‘at-risk’ goods, entry points and state aid remain unknown at this point (which does little to alleviate the uncertainty for Northern Ireland’s businesses and those trading with them from other parts of the UK).

Reports suggest that some of the fixes will be temporary, and that Northern Ireland firms will still have to complete some paperwork requirements for trade with Great Britain.

From the terms of the announcement, the UK Government has had to concede that the Protocol ‘protects the Belfast (Good Friday) Agreement in all its dimensions’, despite Gove having spent months discussing the threat it posed to the 1998 Agreement.

Those with an interest in Northern Ireland’s love of semantics will note that one of the few differences in text between the two announcements is what bit of Belfast/Good Friday Agreement is put in brackets.

There has furthermore been an agreement over ‘the practical arrangements regarding the EU’s presence in Northern Ireland when UK authorities implement checks and controls under the Protocol’.

The precise terms of this arrangement will be significant, given how strenuously the UK Government has objected to a European Commission Office in Northern Ireland.

In a development in keeping with 2020’s “death of the office”, it has been leaked that this will likely involve some form of hotdesking arrangement.

That the announcement does not explain the new arrangements in depth at this juncture suits the UK’s general negotiating position, because ministers will not necessarily have to defend details of these new arrangements in the days ahead (even as Michael Gove sets out a broad overview in Westminster tomorrow).

Vagueness creates a positive climate for Boris Johnson’s separate future relationship negotiations, not a battle over who won the war of the Joint Committee.

This matters, for even if the inter-relationship between the rules for the trade of goods into and out of Northern Ireland is clarified, Northern Ireland remains subject to the EU’s single market in goods.

The more that the UK agrees to align with these legal rules, the fewer the sources of tension between the rules applicable to Northern Ireland and those at work in Great Britain, and the less complexity for business.

The future relationship negotiations, moreover, range far beyond trade and on everything from cross-border policing to motor insurance green cards, people in Northern Ireland continue to look to the broader negotiations to minimise the burdens imposed by the land border.

Even as they disappear, these controversial clauses have not been without their value to the UK Government.

The manufacture of this crisis has enabled Michael Gove to present the Joint Committee’s conclusion on these issues as a removal of a threat to the integrity of the UK (even though the root of any threat remains the deal that the UK agreed a year ago) even though these connections were always likely to come together and the Committee already had much to do in little time without this additional pressure.

Outcomes that were always likely to be secured in collaboration through the Joint Committee can thus be presented as a triumph of steely resolve that saw the UK Government face down a (supposed) EU threat to Northern Ireland’s food security.

A not inconsiderable additional benefit is that Part 5 has sucked in much of the oxygen of debate around the Internal Market Bill.

The UK Government has spent much time than it otherwise might have done justifying in parliamentary debate a highly-centralised set of arrangements for the UK internal market which have proven deeply controversial with the devolved administrations.

Does this breakthrough, moreover, make an overall deal more likely? The Internal Market Bill strategy also came with considerable costs in terms of trust in the UK’s commitments.

It remains to be seen if the European Commission will pursue its action over breach of the UK’s good-faith obligations under the Withdrawal Agreement. The removal of this threat at this juncture nonetheless provides for a timely olive branch in the separate negotiations on the UK-EU future relationship.

Even if this was an entirely manufactured crisis, it allows the UK Government to present itself has having made an important concession and Boris Johnson will look to translate this into tangible wins in the ongoing negotiations or the moral high ground of having tried everything if no deal is possible.