The internal security implications of Brexit 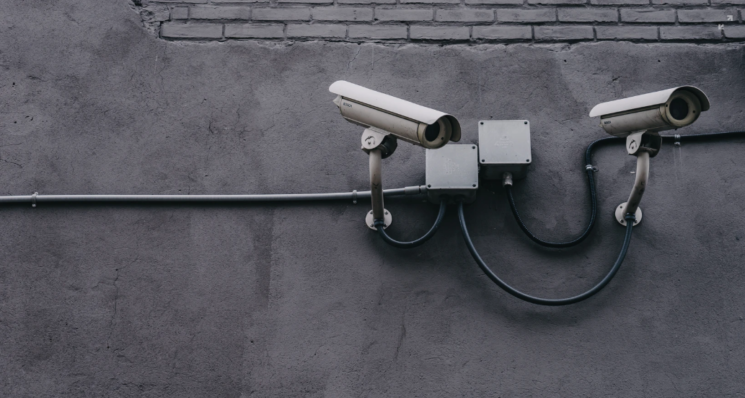 The Brexit negotiations have barely scratched the surface of the future EU/UK trading relationship, or any other aspect of EU/UK relations.

We therefore know little about planning for post-Brexit security arrangements, and so the focus of this piece is on internal security and the EU’s Area of Freedom, Security and Justice (AFSJ). Brexit-related security risks will cast a shadow over the Munich Security Conference beginning on 14 February.

The need for multilateral cooperation in fighting crime was highlighted last year by the arrival in Essex of a container truck carrying 39 Vietnamese migrants who died trying to enter the UK illegally, and by a second London Bridge terrorist attack. Both people-trafficking and terrorism are areas where pan-European expertise and information sharing is critical.

Leaving the EU will have substantial impact on UK security, given the close cooperation established over many years in policing, crime prevention and criminal justice. The UK is a full participant in Europol, the EU policing agency, and Eurojust, the body established in 2002 to stimulate and improve the coordination of investigations and prosecutions among the EU member states.

As with all the 50-plus EU agencies that serve as repositories of research, expertise and enhanced cooperation, as a non-member state Britain loses full access, perhaps seeking instead associate status through negotiated agreements. This means making a lesser contribution, having no role in decision making, and ending up with reduced day-to-day access to expertise.

Europol, like Eurojust located in the Hague, is the EU body tasked with coordinating the fight against terrorism, drug trafficking, money laundering, organised fraud, counterfeiting, and human trafficking. It is hard to see how Brexit can avoid damaging UK interests in combatting these areas of serious and organised transnational crime.

Meanwhile, an agency with significant cross-over functions, both internal and external as well as civilian and military, is the European Global Navigation Satellite System Agency (GNS) which manages Galileo, the EU’s satellite system which provides encrypted services for police and border control.

It is not clear to what extent the UK will remain engaged with the Galileo system, although non-participation in either its civilian or military aspects will entail dramatic costs in terms of security and investment.

Given the paucity of debate in the media about the security implications of Brexit, it is doubtful that the general public are remotely aware of the existence of these bodies, let alone their contribution to UK and European security, or the likely risks and costs outside the EU.

Several decades of internal security integration has created a complex network of cooperation between EU and UK security structures. Any reduction in UK engagement across the range of security and crime fighting instruments would seriously alarm UK security forces, including MI5, the police and the National Crime Agency (NCA).

According to the NCA, reduced UK ties with EU instruments will damage UK security since maximum cooperation is essential to address ever more sophisticated international threats. Moreover, contingency planning by the NCA to cope with reduced UK engagement will, however effective, remain sub-optimal.

Close post-Brexit ties with European security instruments cannot be taken for granted, and a botched severance from EU structures could have severe and immediately damaging consequences.

The UK falling outside the European Arrest Warrant (EAW) would have major bi-directional implications in the fight against serious and organised crime, and terrorism.

Under the EAW in 2017 Britain requested 278 arrests in other EU countries while receiving 16,837 requests from EU member states. Since 2004 the EAW has enabled the UK to surrender over 10,000 suspects or convicted criminals to EU member states to face trial or imprisonment.

The AFSJ also comprises the rules governing the Schengen Area. Despite not signing up to Schengen, the UK subsequently opted into many of its crime-fighting instruments, including the Schengen Information System (SISII) and the European Criminal Records Information System (ECRIS). These are databases through which criminal records can be accessed and shared, as well as fingerprinting, Passenger Name Records, and DNA data.

According to the Economist, in 2017 ‘Britain’s police forces searched for criminal records on the Schengen Information System 539m times’. Any termination or limitation regarding this access will seriously undermine policing and security.

UK detachment from EU security systems risks turning the UK into a criminals’ refuge of choice, especially as identity cards are not mandatory in the UK, unlike in Schengen Area states.

Brexit also risks undermining the fight against cybercrime. Reduced police and intelligence cooperation and any reduction in joint research initiatives will adversely affect both parties. The UK has been a leader in cyber security at the EU level.

There have been networks of information and intelligence sharing throughout the EU and common processes vital to combatting organised crime, child exploitation, trafficking, money laundering, IT fraud and systems hacking. Brexit risks a loss of UK influence and reduced multilateral cooperation, so damaging transnational efforts to combat cybercrime.

Rather than risk severe depletion of national security it seems likely that the UK will seek close alignment with many EU instruments, bringing to mind the remark credited to the Luxembourg Prime Minister, Xavier Bettel, who observed: “When (the British) were in, they wanted many opt-outs. Now they want to be out, with many opt-ins.”

Among priority opt-ins, Europol, the EAW and SIS may be high on the list. For these and for access to any other EU instruments, the UK will have to pay, or settle for observer status (as with Europol, for example).

Police and judicial cooperation will become more cumbersome, messy, and even a predictable source of acrimony. Gijs de Vries summed up the impact of Brexit as ‘(trading) security for the semblance of sovereignty’.

Nor is Brexit the only threat to the UK retaining access to European security-related databases.

The Dutch MEP Sophie In ‘t Weld has complained to the European Commission about the UK’s ‘deliberate violations and abuse’ of the Schengen Information System, as well as a ‘lack of reciprocity’ in failing to supply details of 75,000 foreign criminals to their home countries. Future cooperation will require trust, which seems to have been compromised in recent years, not only by Brexit.

In this overview of the security implications of Brexit, we have not considered the risks concerning Northern Ireland and the Good Friday Agreement. These risks are profound and disturbing. Any change in the status of the province or in its relations with Ireland or Britain risks a return to the violence that cost almost 3,000 lives only a generation ago.

The Troubles retains deep historical resonance and yet it too was barely part of national consciousness in the weeks leading up to the 2016 referendum. Only the softest of Brexits can avoid disrupting the fragile peace that has endured since 1998.