The Irish border issue: where do the key players stand? 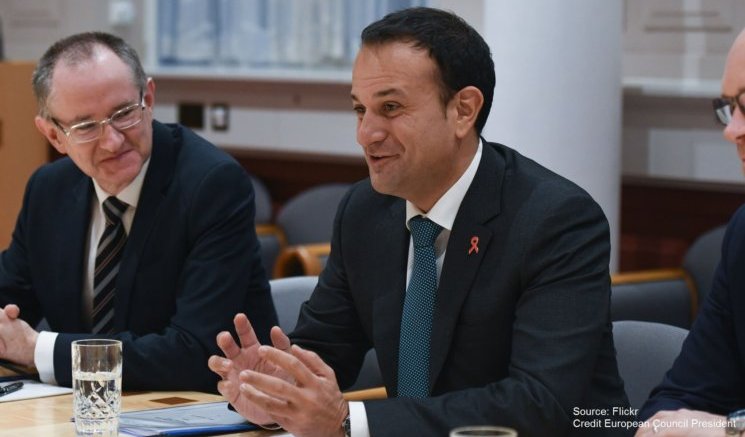 It’s been a busy few weeks for the key actors – and influencers – as they prepare for the next round of formal Brexit negotiations. After all the meetings, speeches and statements, where do the various parties stand?

Theresa May’s Mansion House speech provided some additional clarity on what exactly the United Kingdom wants from Brexit. The Prime Minister will be seeking “the broadest and deepest possible partnership” in a trade deal with the EU. She repeated calls for a bespoke deal, but showed greater pragmatism, acknowledging that “no-one will get everything they want.”

With the Irish border, however, things are as murky as ever. Theresa May set out four positions: the UK will be leaving the single market, it will be leaving the customs union, there will be no “physical infrastructure at the (Irish) border, or any related checks and controls,” and there will be no “customs and regulatory border down the Irish Sea.”

Many still reach the conclusion that these goals are inherently inconsistent. After a parliamentary inquiry on the topic, the Northern Ireland Affairs Committee finds “no evidence to suggest that, right now, an invisible border is possible.”

But the Prime Minister continues to argue that technology could still ultimately be the answer to leaving the EU and avoiding any hard borders. She urged both the EU and Irish government to give the proposal serious consideration.

The idea of a ‘smart border’ has an enthusiastic champion in the Democratic Unionist Party. A delegation of its senior elected representatives recently met with Michel Barnier in Brussels to impart two main points.

First, the party’s leader, Arlene Foster, argued that “sensible solutions” can be found to avoid a hard border with the Republic of Ireland. It builds on a line of argument from one of her MPs in The Times in which Lars Karlsson’s ‘Smart Border 2.0’ report for the European Parliament is cited as an “excellent foundation.” Critics point out that technology can be used to reduce border infrastructure, but not replace it.

Second, the DUP delegation highlighted its deep concerns at any prospect of Northern Ireland entering a customs territory separate to the rest of the United Kingdom.

Referring to the European Commission’s draft legal text on the Withdrawal Treaty, Arlene Foster warned that her party viewed the so-called ‘backstop option’ as a threat to the constitutional integrity of the UK.

Michel Barnier might have anticipated the DUP’s concerns about the ‘backstop-option’ as spelt out in the draft legal text, but he might have been more surprised that Sinn Féin described the prospect of a trade border in the Irish Sea as “completely unacceptable.”

By calling on the British government to “use its power to ensure there are no barriers to trade from the North to Britain when Britain leaves the European Union,” Sinn Féin’s leader is essentially calling on the UK as a whole to stay in the single market and customs union – going beyond calls for ‘Special Status’ for Northern Ireland.

With key votes in the House of Commons on the horizon, there is mounting speculation as to whether or not the party will abandon its longstanding policy of abstentionism – under which its MPs do not take up their seats in Westminster – to be able to influence these votes. Given the party’s history and the preferences of its own voters, such a reversal still seems highly unlikely.

The Republic of Ireland will be by far the member state most affected by the UK’s departure from the EU. In 2016, Irish exports to the UK were worth £20.8 billion, making the UK the second-largest consumer of Irish goods.

But when it comes to Ireland, it’s about much more than trade transactions. As co-guarantor of the Good Friday Agreement, the Irish government insists there can be no hard border with Northern Ireland after Brexit. The Taoiseach dismissed any suggestion that the US-Canada border could provide constructive ideas for the island of Ireland, bluntly warning his British counterpart that it is “not a solution we could possibly entertain.”

The Irish government will have been reassured by Donald Tusk’s visit to Dublin last week. “If in London someone assumes that the negotiations will deal with other issues first before moving to the Irish issue, my response would be ‘Ireland First’,” the President of the European Council declared.

There had been a degree of concern in Ireland that its influence may decline significantly after the first phase of negotiations. By securing a commitment on the future of the Irish border as one of the three items on the agenda under ‘withdrawal issues’, the Irish government was effectively able to block the next phase of negotiations on a future trade deal unless it obtained a satisfactory commitment from the British government on avoiding a hard border.

With the issue still appearing unresolved it is possible that solidarity with Ireland diminishes among other member states, who may, motivated by decidedly economic interests, prefer to press ahead with trade talks. Donald Tusk’s comments suggest that, for now, Ireland enjoys the support of the rest of the EU: “As long as the UK doesn’t present such a solution, it is very difficult to imagine substantive progress in Brexit negotiations.”

This is a remarkable development, and it reiterates the seriousness with which the EU is treating the commitments made by both the EU and UK in December’s Joint Report. Then, as now, it is only possible to move on to trade negotiations provided ‘sufficient progress’ has been made on the withdrawal issues. Ireland’s position is the EU’s position as far as the border issue is concerned – and that has an impact for talks on further issues.