The Johnson legacy: levelling up 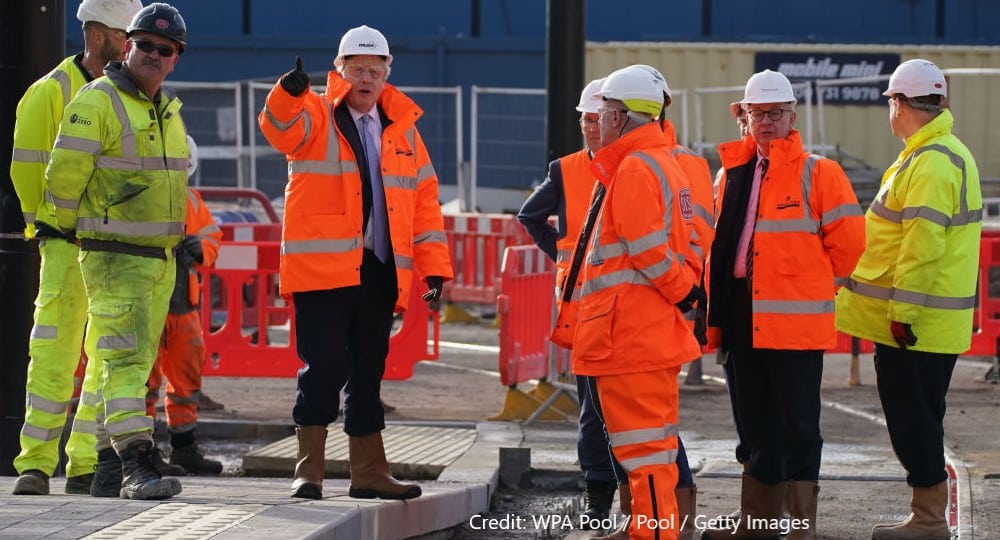 Andy Westwood explains that whilst Boris Johnson may have understood the politics of levelling up his government ultimately failed to deliver the projects that would have reduced regional inequalities before he left office.

Boris Johnson’s government’s flagship policy has – at least so far – failed to materially address regional and local inequalities or to close gaps in incomes, investment and living standards. After three years as Prime Minister, many places are now worse off and the gaps between the richest and poorest are growing rather than closing.

Even in his final days in office, these gaps have widened. According to a recent report rates of child poverty in the North East have risen from 26% in 2015 to 38% in 2021. In that period, they fell in the South of England. Gaps are also growing in education – in this summer’s exam results, the North East saw the lowest proportion with A and A* at A  Level (30.8%) and with only 22.4% gaining at least one Grade 7 or above at GCSE. In London, by contrast, the proportion was 39.5% and 32.6% respectively.

According to Centre for Cities, northern towns and cities are now suffering most from the cost of living crisis, with inflation higher in Burnley, Blackburn and Blackpool than in London, Reading or Cambridge. Furthermore, research from IPPR North shows the gap in public spending between the North and the rest of the country growing during the last three years. Whilst public spending in the North has increased by 17% since 2019, in London the figure is 25%. According to ONS figures, the capital has also been growing faster after Covid than other English regions, which are all still producing less than in 2019. The West Midlands, for example, is still 10.4% below pre-pandemic levels.

Little of this measures up well against the framework of targets and policy missions set out in the government’s ‘levelling up’ 2022 white paper. Johnson might have promised to ‘level up’ during 2019 general election campaign, but it took until 2022 for Michael Gove, Neil O’Brien and Andy Haldane to define and set out a long term, cross-government policy agenda. The 350-page white paper contained a serious analysis of deep spatial inequality and failed regional policy, with a framework to address the issue built around ‘six capitals’ and twelve policy missions.

The authors of the white paper understood that a meaningful ‘levelling up’ could not be achieved in a single Parliament. The best they could hope for before the next general election were some headline announcements alongside clear and convincing longer-term ambitions. For voters – especially in the constituencies in the Midlands and the North won in 2019 – this might translate into some symbolic local projects alongside a clear direction of travel and a belief that things might be beginning to change.

Boris Johnson understood the importance of local identity and the appeal of projects in local high streets, markets and sports clubs – perhaps much more so than the multidimensional detail of what needed to be done over the long term. But the value of appearing to listen and being seen to be doing something mattered. It almost certainly still does. This recognition lay at the heart of the white paper’s focus on civic pride and social capital, but in the end there wasn’t time to build either the new railways or roads – or to put up more hanging baskets – before he left office.

Johnson often thought he could have it both ways. He was famously ‘pro having cake and pro eating it’ – but showed little enthusiasm for detailed recipes or the cost of the ingredients. He wanted both the big infrastructure and increased public spending, but also more immediate projects to show that his boosterish vision of ‘levelling up’ could be demonstrated quickly and visibly.

However, many of the big, long term projects ended up being cancelled or watered down. HS2 to Leeds, and much of Northern Powerhouse Rail, were shelved. Similarly in education the narrative of a ‘skills revolution’ has a been a long way ahead of the reality – with spending on further education still significantly behind 2010 levels and nearly half of colleges in England in financial difficulty. Neither measure well against the twelve ‘levelling up’ missions or the six ‘capitals’ in the white paper.

For shorter term ‘levelling up’ projects, many remain at application stage, with most funds currently unspent or unallocated. Bidding processes have been subject to controversy and delay. As Jen Williams and Chris Hanretty have shown, Conservative-held areas (and in particular marginal seats) have been much more likely to win funding than others. In the wide range of ‘levelling up’ funds Johnson has awarded more funding to the people and places that bought into his promises and style of politics.

Inevitably, questions are now being asked about whether Johnson’s ‘levelling up’ agenda can last under a new PM faced with so many other priorities and challenges. But while the language and policy approach will surely change – in English regional policy it always does – the underlying economics and politics remain.

Deep spatial inequality and cultural identity will continue to be major drivers of our politics. So too will the the resentment and anger built up during decades of underinvestment and poor economic performance in ‘left behind’ places.

So while Johnson hasn’t been around long enough to change very much, he leaves a clear need for others to do so. Regional inequalities can’t be ignored by any political party wanting to win the next general election. The UK’s largest regional cities continue to underperform European counterparts and the economy is even weaker in outlying or disconnected towns. It holds back productivity and living standards overall and constrains our capacity to act or to invest over the long term.

Boris Johnson leaves a greater awareness of these regional inequalities, together with greater expectations that more should be done to tackle them. There is still much work to be done, but someone else is going to have to do it.

By Andy Westwood, Professor of Government Practice, University of Manchester.

This piece is the sixth blog in a series assessing Boris Johnson’s legacy as Prime Minister.

UK in a Changing Europe will be publishing a major report on public perceptions of levelling up and regional inequality later this month.