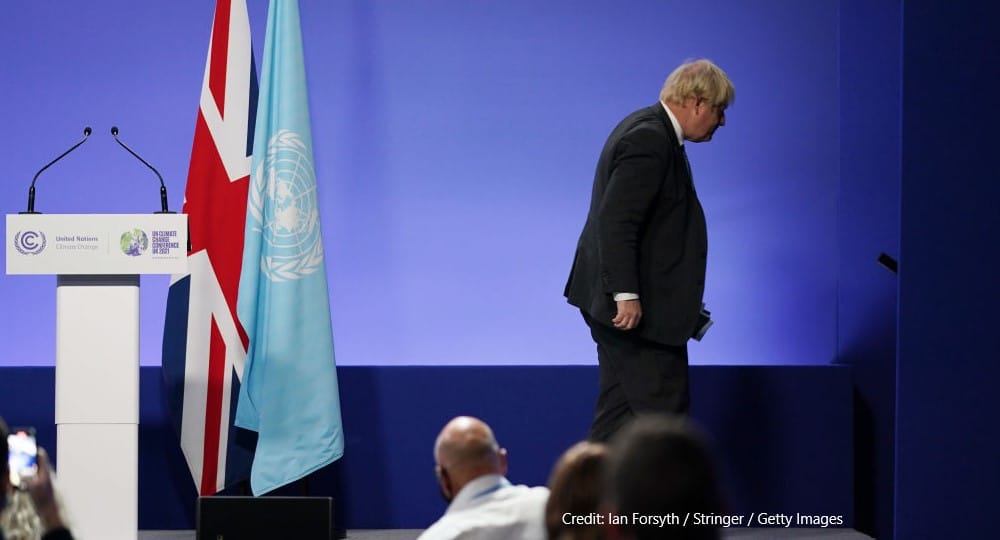 Richard Cowell explains that across the Johnson premiership, action on climate change and the environment was strongest on issues that were technologically exciting, job-creating and headline-grabbing; but where issues were prosaic, difficult, or ideologically challenging, then action tended to be patchy, hesitant and potentially counter-productive.

Boris Johnson took the helm of a government that had just taken significant steps on the environment. His predecessor, Theresa May, had committed the UK in law to achieving a ‘net zero’ contribution to climate change by 2050. And from the sound and fury of the Brexit process had emerged a 25-Year Environment Plan, commitments to create statutory environmental targets, and moves to introduce a new environmental watchdog to oversee the government’s environmental performance.

The main challenge facing the Johnson government was to drive forward concrete measures sufficient to meet the scale of change required. This was always likely to be tricky, and the successive crises of Covid, Ukraine and rising inflation created stiff headwinds for sustained, transformative environmental action.

However, the challenge was also amplified by the political setting; a Conservative Party divided on many environmental issues, and where Brexit had strengthened factions sceptical of the merits of UK environmental leadership and more inclined to badge environmental measures as impediments to growth.

Despite the somewhat unpropitious context, the Johnson government took a number of important steps on environmental issues, many benefiting from the PM’s eye for a slogan.

On climate change, the UK hosted the COP 26 climate conference – pushing the mantra ‘cash, coal, cars and trees’ – to keep alive (just) the hope of restricting global temperature rises to within 1.5 degrees.

Just before the COP, the Johnson government published its Net Zero Strategy, setting out policies to decarbonise all sectors of the economy. The deadline for ending the sale of new petrol and diesel cars was brought forward to 2030. Targets for offshore wind energy were upped, first to 40GW, then 50GW. Projects developing hydrogen as an alternative to fossil fuel received significant funding.

On biodiversity, Johnson’s exhortation to ‘build back beaver’ reflected a strong initial enthusiasm for tackling the nature crisis, and recognition of the importance of restoring habitats at scale. His government introduced a ‘world-leading’ legally binding target to halt the UK’s decline in biodiversity by 2030 and made statutory provision for Local Nature Recovery Strategies. Biodiversity restoration also featured prominently in new farming support schemes to replace the EU Common Agricultural Policy, designed to pay farmers to produce public goods.

However, there were problems beyond the headlines.

Indeed, the Johnson government’s proclivity for the headline-grabbing was one such problem. Government policies and pronouncements have been consistently questioned for their credibility. The Net Zero Strategy has been criticised by the independent Climate Change Commission for lacking sufficient, reliable policies to keep emissions reduction on track. Criticism also pinpointed the government’s over-reliance on untried and risky technological solutions – from carbon-capture and storage in the energy field to the ‘Jet Zero Strategy’ for decarbonising the aviation sector.

Key areas for environmental action have stumbled, notably energy efficiency and measures to decarbonise domestic heating, despite offering more immediate and cost-effective emissions reductions. In areas where behavioural change could deliver environmental dividends, such as reducing air travel or scaling back meat consumption, the government largely side-stepped meaningful action. Such issues presented significant social (and possibly electoral) challenges, though resistance from within the Conservative Party is a factor, too, with the perception that measures affecting people’s homes or consumption involve ‘telling people how to live.’

In the vital sphere of environmental governance, the Johnson government’s rather contradictory approach to state action stacked up potential problems. Key components of the government framework have been slow to emerge. The government’s long-awaited watchdog, the Office for Environmental Protection, was officially launched in November 2021, but with doubts about its independence. When details on the new environmental targets eventually emerged, they lacked ambition: in particular, the draft long-term target for biodiversity enhancement was criticised for legitimising further short-term loss.

At the same time, the Johnson government failed to resolve the tension between its espoused environmental ambitions and parallel ambitions to reduce regulation and shrink the state. Initiatives to ‘prune’ civil service staffing to 2015-16 levels, simplify nature protection legislation and streamline environmental impact assessment all create uncertainty about the future capacity of government to deliver on its environmental commitments.

It is hardly unprecedented for governments to favour actions where win-win solutions for environment, economy and society are most readily available, and events conspired to place the British economy and society under immense pressure during Johnson’s tenure.

However, the UN has labelled the 2020s as the ‘decade of action’ on climate change and biodiversity. While the PM and his government were undoubtedly aware of the urgency, delays and deficiencies in present actions only steepen the future challenge. Even if important environmental goals now look firmly rooted in the policy agenda, it is far from clear whether the means put in place to achieve them are adequate to the task.

Johnson’s problematic environmental legacy is readily apparent in the political sphere. The two leading candidates to succeed him – Sunak and Truss – have competed most enthusiastically on who would do more to insulate citizens and businesses from any short-term costs of environmental action, or cut red tape fastest, rather than present positive visions for tackling the climate and nature emergencies.

Given this, it is perhaps a major missed opportunity of the Johnson government that the Prime Minister’s evident facility for communication failed to construct a positive and enduring rallying cry on the environment, with which his party might feel inspired to align.

By Richard Cowell, Professor of Environment Policy and Planning, Cardiff University, and associate of the Brexit and Environment network.

This piece is the second blog in a series assessing Boris Johnson’s legacy as Prime Minister.