The Johnson legacy: the economy 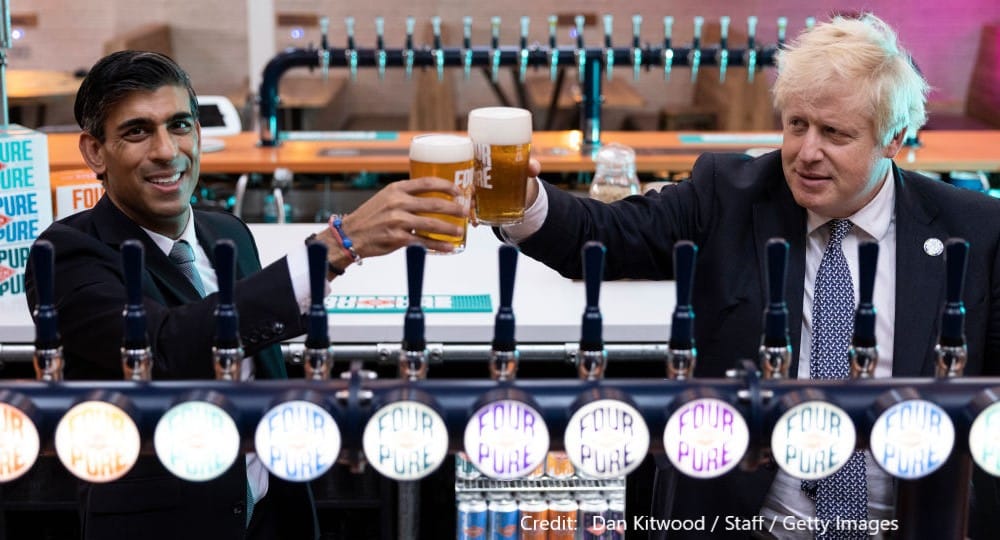 Jo Michell examines the shift in economic policy during Boris Johnson’s premiership and the changes in the macroeconomic environment.

During Johnson’s time in office, the macroeconomic environment has shifted dramatically. In July 2019, inflation was close to 2 per cent; it now exceeds 10 per cent. Real incomes are falling at an unprecedented rate.

Johnson’s premiership is defined by Brexit and by Covid. The government had little choice about the broad contours of policy-making during the pandemic – almost all rich countries took similar approaches. Nonetheless, the period has seen important shifts in political attitudes to macroeconomic policy-making alongside major changes to the macroeconomic environment as the short-run disruption of the pandemic combined with the slower grind of the UK’s attempts to dissociate from the European Union.

When Johnson took office, a combination of tight fiscal policy and loose monetary policy had prevailed since Osborne’s adoption of the public finances as the overriding policy target. A decade of retrenchment in state capacity in the aftermath of the financial crisis of 2008 led to persistent weakness in economic activity. The Bank of England had little choice but to maintain near-zero interest rates.

Johnson thus inherited a stagnating and imbalanced economy: real wages had not fully recovered from the recession of 2008, while productivity growth was weak and uneven. The UK ran a persistent external deficit and was reliant on consumer spending and house price inflation to maintain even sluggish growth.

While Hammond’s period as chancellor represented broad continuity with Osborne’s approach, the arrival of Johnson saw tension within government over economic policy. Johnson was keen on both cutting taxes and increasing spending as part of his ‘levelling up’ agenda. Disagreements with then-chancellor Sajid Javid, who favoured a more traditional fiscally conservative approach, led to Javid’s resignation less than a month before the March 2020 budget.

Policy-making was subsequently driven by the pandemic. Sunak’s first budget was effectively rewritten after only weeks with the introduction of the furlough scheme. Huge short-run increases in spending saw public debt increase by around 20% of GDP as economic activity collapsed. The supply shocks of post-lockdown reopening and Russia’s invasion of Ukraine led to enormous jumps in the prices of fuel and food.

The Bank, bound by its inflation targeting remit, has used the only tool at its disposal and raised interest rates to 1.75% with the expectation of further rises to come. However, rate hikes, at least in isolation of fiscal support measures, are a poorly-targeted response to a supply-driven cost of living crisis. Alongside the difficulties faced by the Bank in stimulating economic activity during austerity, we have arguably reached the limits of the current macroeconomic policy regime – largely unchanged since its introduction by Labour in 1997 – of inflation targeting enacted by a technocratic central bank.

It is likely that we will see institutional changes which alter the relationship between the two key macroeconomic institutions, the Bank and the Treasury. Although Truss’s comments about reversing Bank independence should be taken with a pinch of salt, it is plausible that Johnson’s premiership marks the end of the era of macroeconomic management which began in 1997. Recent shortages of fuel, food and other commodities potentially augur the start of a new period in which policy is constrained by persistent inflationary pressures and financial instability driven by supply shortages.

In the short run, Johnson’s downgrading of the public finances as a policy target has opened the door for a substantial shift in economic policy. ‘Trussonomics’ combines Johnson’s disinterest in the public finances with a focus on cutting taxes as the primary means of achieving economic growth. Looser fiscal policy will be accompanied by pressure on the Bank to become more hawkish on inflation. Osborne’s combination of tight fiscal policy plus loose monetary policy will be reversed.

Little has been said, however, about the spending side of the equation: Truss’s ‘no handouts’ dictat will inevitably give way to direct action on energy prices but there is real danger of doing too little too late. A wave of business closures and redundancies could generate a serious recession. It is possible, however, that fiscal loosening provides an adrenaline shot sufficient that growth recovers before the next election. If inflationary pressures subside, economic growth alongside tax cuts and higher interest on savings may provide a short run respite from the cost of living crisis for middle and upper income groups. Attempting such a strategy is risky in an inflationary environment.

Even if successful, any boost to growth will be short-lived. In the longer term, Truss will look to augment deficit-funded tax cuts with ‘structural reforms’ in the form of deregulation and privatisation in an attempt to revive growth. Although she appears unwilling to discuss further cuts to government spending, it is hard to see how tax cuts will not be accompanied by substantial further reductions in state capacity – there are limits to how high deficits can go in the face of rising interest rates. Cuts to government spending will exacerbate the ongoing crises in health, social care and utilities. It is hard to see this as a plausible recipe for long-run economic growth.

In the longer run, tension within the Conservatives between Osborne-style fiscal conservatism and those favouring US Republican-style deficit-funded tax handouts is likely to influence both party politics and potential reforms of macroeconomic policy institutions. Johnson’s determination to prioritise a hardline approach to Brexit will reassert itself as the economic fallout from Brexit becomes more apparent and economic inequalities and regional divides become more entrenched. Johnson’s period in office failed to address the challenges inherited from previous administrations – the promises of ‘levelling up’ have not materialised – and has added the ongoing Brexit shock to the challenges that must be faced by future administrations.

As Truss takes office at a time of economic instability, she looks set to follow the direction set by Johnson and reverse the policy status quo of the last decade. Time will tell if the gamble on bigger deficits and tax-cuts will pay off in boom or bust.

This piece is the seventh blog in a series assessing Boris Johnson’s legacy as Prime Minister.