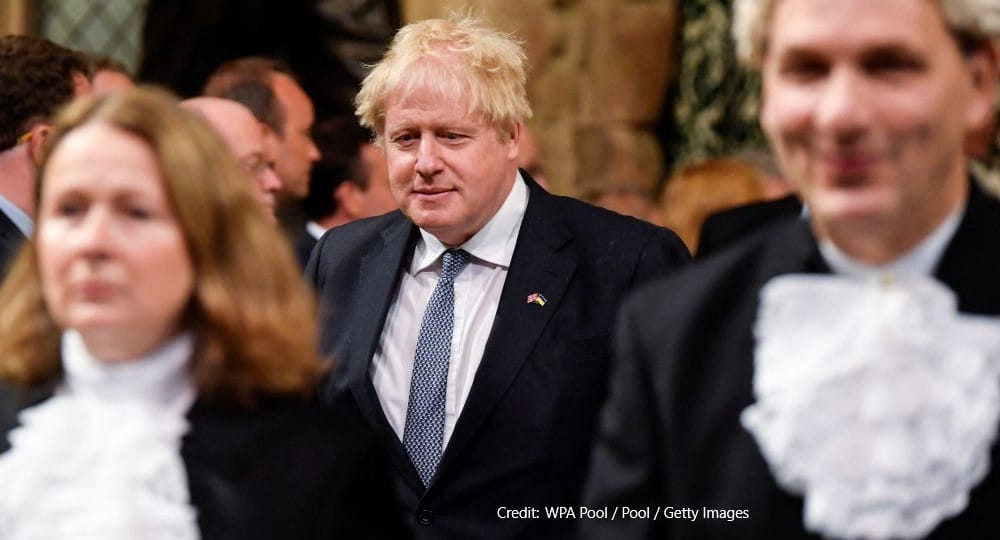 Lisa James highlights that Johnson’s premiership has been marked by an impatience with constitutional checks and balances and a willingness to depart from convention. His legacy will be the normalisation of such behaviour.

Constitutional controversy has been a consistent feature of Boris Johnson’s premiership. His first months in office, amid the turmoil and acrimony of the late-2019 Brexit deadlock, were marked by the unlawful prorogation of parliament, suggestions that he would defy the law, and briefings from allies that if the Commons withdrew its confidence he would ‘dare the Queen to sack him’.

Thankfully, the monarch was not dragged into Johnson’s resignation this summer. But the Prime Minister stepped down only after a tense standoff with his own party, as it forced him from office over a series of standards-related scandals. The most prominent of these, partygate, will outlast Johnson’s premiership – with the Privileges Committee’s investigation into whether the Prime Minister misled parliament ongoing.

Though the intervening years perhaps lacked such obvious constitutional fireworks, these topics were never off the agenda. The Johnson government’s reform programme, and behaviour, often provoked controversy; the Covid-19 pandemic raised questions about how the country should be governed in times of crisis; and the fallout from Brexit heightened tensions over the territorial constitution, as discussed elsewhere on this blog – particularly in Northern Ireland.

The 2019 Conservative manifesto promised a ‘Constitution, Democracy and Rights Commission’, with an ambitious brief to examine the balance of power between the executive, parliament and the courts. Debates on this topic are of course legitimate, and long-running. But the manifesto pledge was widely interpreted as a vow to increase the power of the executive – and read by Johnson’s critics as a threat of revenge against the institutions that had made his life so difficult over Brexit.

Whether because the pandemic diverted government attention, or because the challenges of such an undertaking became clear, the idea was soon dropped, and the wide-ranging commission replaced by a series of piecemeal reforms. But the general trend of transferring power to the executive remained. The Dissolution and Calling of Parliament Act returned the power to call general elections to the Prime Minister from the House of Commons, and both this legislation and the Judicial Review and Courts Act were criticised for their use of ouster clauses – which ringfence certain decisions from judicial review. Perhaps most controversially, the Elections Act gave the government the power to make a ‘strategy and policy statement’ for the Electoral Commission – raising concerns, including from the regulator itself, about risks to its independence.

Equally significant was the government’s willingness to challenge norms. Perhaps the most obvious example was the Johnson government’s repeated preparedness to breach international law, by legislating to disapply parts of the Northern Ireland Protocol which the Prime Minister himself had negotiated. Though the government backed down from the first such threat in 2020, its successor – the Northern Ireland Protocol Bill – is currently before parliament. The government claims that the controversial Bill is in keeping with international law, invoking the ‘doctrine of necessity’, but many legal experts are unconvinced.

The government’s impatience with restrictions also manifested in less immediately dramatic ways. Parliamentary committees have criticised the Johnson government’s reluctance to provide information to parliament, excessive use of delegated legislation, and tendency to avoid select committee scrutiny – behaviour which it initially ascribed to the extraordinary circumstances of the Covid pandemic, but which continued throughout Johnson’s premiership. The constitutional watchdogs which provide independent advice to the Prime Minister were also at times ignored. Johnson lost two successive Independent Advisers on Ministerial Interests – with the first resigning over his refusal to uphold a finding of bullying against Priti Patel, and the second over a planned breach of international law – and was the first Prime Minister to appoint a peer in defiance of the House of Lords Appointments Commission’s recommendations on propriety.

Perhaps the most significant legacy of Johnson’s time in the office is the relative normalisation of such behaviour. Constitutional topics have been little discussed during the leadership campaign, though both candidates have sought to stress their personal integrity. But a healthy political system cannot depend on the integrity of a single individual – so the obvious question is whether Johnson’s successor is likely to reassert the checks, balances and constitutional norms weakened during his premiership.

Some aspects of the answer to this question will be evident early on. Johnson’s successor will inherit some controversial legislation, and will need to decide their approach – not least to the Northern Ireland Protocol Bill, mentioned above. The Bill of Rights Bill, intended to replace the Human Rights Act, has clear implications for the role of the courts; and the promised Brexit Freedoms Bill, intended to facilitate changes to so-called ‘retained EU law’, raises questions about the appropriate balance of flexible policy-making and parliamentary scrutiny. It is unlikely that either bill will be dropped by Johnson’s successor – but the devil will be in the detail.

Over the longer term, the most obvious question is whether the new Prime Minister will seek to put the ethics regulation system on a stronger and more sustainable footing. A roadmap for doing so already exists – laid out by the Committee on Standards in Public Life, which last year recommended a series of reforms to strengthen constitutional watchdogs, and has urged both candidates to support them. Little has been said on this topic, but the presumptive frontrunner Liz Truss’s hesitance to commit to appointing an Independent Adviser on Ministerial Interests – let alone strengthening the role –suggests that any such reforms are far from guaranteed.

By Lisa James, Research Fellow at the Constitution Unit.

This piece is the fourth blog in a series assessing Boris Johnson’s legacy as Prime Minister.