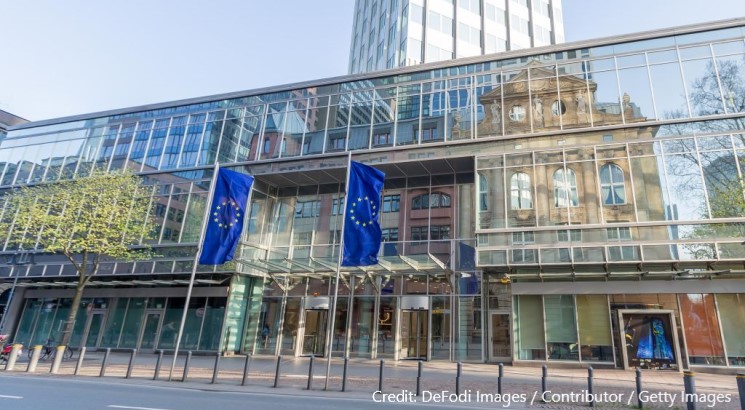 The genius of the EU is that it allows problems to be addressed that are too complex for individual member states and requires this to be done in a spirit of transnational solidarity.

Its tragedy is its institutional framework is not fit for purpose. Its collective action problems obstruct far-reaching or imaginative solutions.

They also limit its capacity to adapt existing EU law to new circumstances, most particularly where this has sharp redistributive consequences or these circumstances affect some more acutely than others

These issues could be mitigated in ways that go against current EU shibboleths.

The coming together of two prominent crises for the EU – the ongoing fallout of the financial crisis and now Covid-19 – has brought all this to the fore in a way that means the design flaws of the EU project can no longer be fudged.

The German Constitutional Court judgment on the ECB’s Quantitative Easing programme has held a mirror and a gun to European integration in spectacular style.

It found the central plank of this, the Public Sector Purchase Programme (PSPP), was insufficiently justified for it to assess its lawfulness – and therefore asked the ECB to detail the economic consequences of the programme.

Although the Constitutional Court defied a 2018 judgment of the ECJ which found the PSPP lawful, both agreed on a number of things.

ECB purchases of government securities on secondary markets, the business of the PSPP, were lawful if their objective was to maintain price stability across the euro area, and the purchases were proportionate to this objective.

This would be so if the purchases were a suitable means for maintaining price stability and did not go beyond what was necessary to achieve this.

The disagreement focused on what to look at to determine proportionality. The ECJ considered what the PSPP set out to do. The German Constitutional Court insisted attention be paid to the direct consequences of the measure, to determine, in particular, whether the purchases went beyond what was necessary.

The German Constitutional Court noted the programme had many wider economic policy consequences.

It made it, inter alia, easier for states to refinance their debt and commercial banks to improve their balance sheets, economically unviable companies to access credit, and increased the possibility of asset price bubbles.

In determining whether the PSPP was proportionate, the German court stated that these consequences, which fell outside the ECB’s mandate, had to be weighed against how the programme contributed to price stability.

In all this, the court has a point. The proportionality principle serves as the central constraint on the power of the ECB, an unelected and weakly accountable institution. It also prevents EU competence creep by delimiting the remit of EU monetary policy.

These safeguards require consideration of what was done and not what was said was done. Otherwise, institutions mark their own homework, reframing measures so an explicit aim is not directly mentioned, and just becomes an effect that can be disregarded for considering its legality.

However, the judgment also reads like an ordoliberal manifesto. Many of the features of the PSPP described by the court as negative, namely helping restore public finances, bank balance sheets and access to credit, are seen by many central banks as the only route out of austerity.

Not only that. The judgment also rules out coronabonds, where public debt is either mutualized or national debts are underwritten by other states, jointly or severally. The court points out that this violates the treaty prohibition on financing each other’s debt.

If the judgment is constitutionally authoritative, therefore, it also exposes the ideological dogmatism of the EU treaties and their datedness. They were set up to fight not yesterday’s economic wars but the wars of a half a century ago.

And this brings us to Covid-19.

ECB asset purchases will be far more constrained. Gone is the aspiration for the ECB to be a de facto lender of last resort.

The most likely casualty will be the Pandemic Emergency Purchase Programme, the purchase of €750 billion of government and corporate securities to address the fallout from Covid-19.

The conditions for purchase of these are too loose to meet the conditions of the judgment, and it makes little sense to argue the objective of the programme is to secure price stability when the effect of the crisis on inflation is at this stage unknown.

That being so, it is not clear what the post-Covid-19 future holds for euro area States with shattered public finances and devastated economies.

The ECB will not be there in a meaningful way to stimulate demand. Their debts cannot be underwritten or taken on by other states. All that is legally available is the possibility of financial assistance from other states.

This is begging bowl economics. The social consequences are unimaginable. The politics of this are unsustainable.

The collapse of the euro would be equally economically devastating, however.

And this is why matters can no longer be dodged. The EU institutional design has reached the end of the road.

First, to resolve the collective action problem over coronabonds, the nine states proposing these should set them up between themselves.

If it is a good idea rather than simply freeriding richer states, it is not clear why it stops being that with only nine states, particularly if these are willing to take the risks.

Second, to deal with the impossibility of changing an antiquated and doctrinaire legal regime, individual national central banks of those euro area states with shredded public finances and economies should be able to print their own euro notes, possibly for use just within their territory.

Both proposals break EU law. However, states can amend their legal settlements to make this legally unproblematic within their territories.

But what about the European project and the effects on other member states?

There have to be checks, of course, to protect these interests.

So, send these proposed measures to other national parliaments within the euro area to see if the measure causes significant problems for their citizens or interests within the territory. It may be that it does not.

If 50% of national parliaments do, the matter should be referred to the European Council to see if some compromise can be reached.

And if not? Well, participation in the European integration project might have to be rethought for the state in question. This will focus minds in European Council negotiations about what is at stake.

If that sounds dramatic, it is worth thinking about the alternative.

Many States become the Josef K of European integration. They are condemned to obey a legal regime which does not generate dignity but annihilates it. And they submit simply because it is the law.

By Damian Chalmers, Professor of EU law at the National University of Singapore and Visiting Professor at the Centre for the Analysis of Risk and Regulation at the London School of Economics and Political Science.