The key flaw in our democracy: MPs don’t represent the people 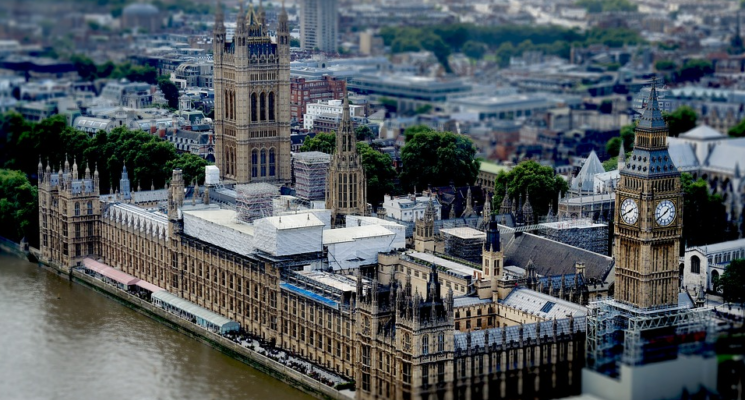 The Brexit referendum poses a double challenge to parliamentary democracy.

First, how to reconcile the brute fact of a majoritarian plebiscitary decision with the complex process of negotiating Britain’s exit from the EU. Rival claims to speak for “the people” during this ongoing process—from the government, parliamentarians and unelected Brexiters—have made this question acute.

Second, though, there is the problem of how to bridge the divisions between different sections of the voting public that the referendum revealed and reinforced. The problem our parliamentary democracy struggles with is that these divisions cut across traditional party divides.

These divisions include those between generational cohorts—older voters were much more likely to back Brexit than younger voters—and educational cohorts—voters who had been to university were much more likely to back Remain than those who had not. Left/right politics does not capture either the generational or the educational divide. There is no conventional party of the university educated nor a party for the old.

Although Labour does its best to be the former and the Tories the latter, neither can afford to present itself in those terms. Moreover, parliament is made up overwhelmingly of university-educated and middle-aged or older representatives. So, the UK’s political institutions stand on one side of these divides rather than straddling them. Who represents the less educated? Who represents the young?

This second challenge to parliamentary democracy is the deeper-seated one, because the divisions will endure long after the formal process of negotiating Brexit is complete. In that context, the relative unrepresentativeness of parliament has been exposed in the period since the referendum. Take university education. More than 90 per cent of current members of parliament went to university, so having a degree has become close to a job requirement.

All the members of The Independent Group have a higher education qualification, as do all current Liberal Democrat MPs. University-educated voters favoured Remain by a 70:30 margin, which helps to explain why the Commons is a predominantly Remain-leaning body.

That does not mean, of course, that MPs have felt empowered to block Brexit. Instead, it has left them increasingly unsure about their role as representatives: do they speak for the people like them or for the people who have no one else to speak for them?

More than three million individuals voted in the referendum who don’t normally vote in parliamentary elections. Their participation helped decide the result—yet effectively they are unrepresented in parliament. So how does parliament take account of their views? Not knowing how to answer this question is one of the reasons MPs have been so unsure about how far they can push their collective sense that Brexit is a bad idea.

A number of MPs—particularly Remain-inclined Labour MPs, who represent seats that voted strongly for Leave—have tried to resolve this dilemma by claiming to speak and act on behalf of their constituents. The problem for Labour is that another group of its MPs represent many of the seats that voted most strongly for Remain, including in university towns like Brighton, Oxford, Norwich and Cambridge. In that sense, the divisions revealed by the referendum also divide the Labour Party in parliament.

Yet Labour remains unrepresentative in a deeper sense, because the vast majority of its MPs are both university educated and middle-aged or older. They can try to channel the preferences of the less well educated or those of the young. But they cannot do both. Nor do they embody those preferences. At the moment, no one does.

This points to the need for a more profound reform of how parliament represents the people. The problem goes deeper than partisan divides: neither of the main parties is able to bridge wider social divisions because both parties are relatively uniform in their make-up. The breakaway Independent Group exemplifies the problem rather resolving it: its members are career politicians who have much more in common with the politicians they have left behind in the main parties than the disaffected voters they claim to represent.

Reform of the electoral system would help: proportional representation would at least give an opportunity for genuine outsiders—from Ukip to the Greens—to find a consistent voice in parliament. But PR systems too are liable to be co-opted by the professional classes. Any system of electoral politics under modern conditions is liable to leave the young and the non-university educated with less of a voice.

Brexit has shown that dissatisfaction with traditional forms of political representation is neither limited to this one issue, nor to one particular side: both Remain and Leave voters are deeply frustrated with how parliament has handled the outcome of the referendum.

The appetite for more direct participation has been growing, not diminishing, in its aftermath—the fact that the campaign to undo Brexit comes in the form of support for a second referendum is evidence of that. The truth is that even if a one-off referendum has only a limited claim to represent “the voice of the people,” parliament’s own claim to speak for the people is limited too. The political class that governs from there is too narrowly drawn, too uniform and too predictable.

Parliament needs new voices and new ways of hearing voices that are otherwise excluded, whether in the form of citizens’ assemblies, a wider range of minority parties or more direct democracy. It would be a mistake to think that the problems with parliamentary representation revealed by the Brexit referendum are simply a function of that referendum. They are also a function of the kind of parliament we have, and a reason why it needs to change.

By David Runciman, Professor at the Department of Politics and International Studies at the University of Cambridge, and host of the Talking Politics podcast. This article also featured in our report, Article 50 two years on, and was originally in Prospect magazine under the title ‘Brexit has shown up the key flaw in our representative democracy—MPs don’t represent the people’.