The Labour Party and European integration since 1989 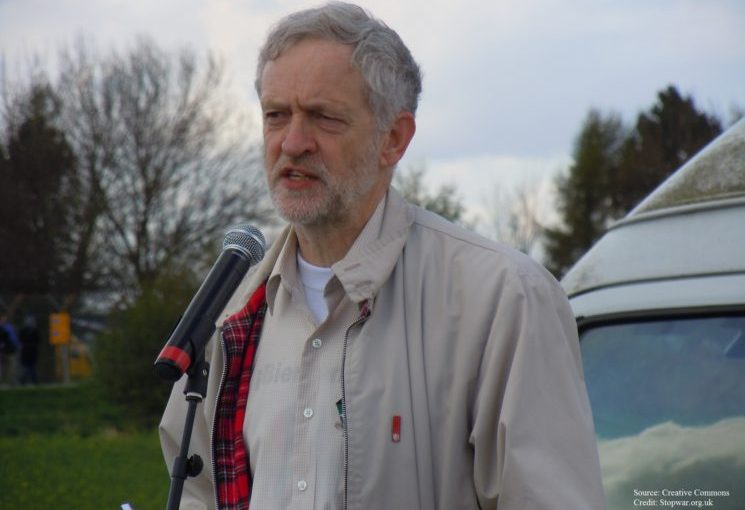 The UK’s membership of the European Union hangs in the balance. Prime Minister David Cameron knows that if Labour voters do not turn up en masse at polling stations on 23 June, the UK is likely to withdraw from the EU.

So, where Labour stands and how hard its leader, MPs, members and activists campaign is a matter of central importance in what is rightly described as the most consequential decision that voters will make for decades. Instead of taking a historical perspective, the purpose of this blog post is to shed light on the party’s attitude towards European integration since Jacques Delors’ decisive speech at the TUC congress in 1988. It argues that today’s prevailing ‘pro-Europeanism’ within Labour is much deeper than it has ever been, which simultaneously reflects broader, growing awareness that European integration is not neutral in an ideological, economic, political, social sense.

The party’s switch to a pro-European stance since the late 1980s is rightly associated with Neil Kinnock and John Smith but it is widely believed to have been strengthened under Tony Blair’s leadership of the party. Under Ed Miliband, the party found an even more genuinely convinced pro-European leader but Jeremy Corbyn’s election has given rise to some concerns about the solidity of the party’s pro-European views.

What makes the latter two stand out in comparison to the Blair and Brown years is their determination to create a narrative that is not just ‘pro-European’ but also characteristically left-wing. To that extent, Miliband and Corbyn continue a narrative that first appeared in the late 1980s and early 1990s, especially under John Smith. Much has been made of the Blair administration’s pro-Europeanism and its determined efforts to promote European co-operation in the crucial fields of foreign, defence and security policies and the decision, in principle, to adopt the euro.

However, in the socio-economic domain the Blair and Brown administrations were key opponents of efforts to further strengthen the EU’s social dimension. While for Tony Blair this type of stance was primarily a matter of credibility given his assurances to business leaders before the 1997 general election, Gordon Brown is on record for arguing that ‘the Anglo-American model of capitalism will continue to enjoy supremacy, both moral and political, overall the inflexible continental European rival” ’(quoted in Norton, 2011, p. 258). All this happened despite opposition from the trade union movement at a time when the extreme nature of the positions advocated by senior Conservative politicians often made Labour’s position look much more progressive than it actually was.

Under Ed Miliband and Jeremy Corbyn – despite key differences between them on European issues – the party’s stance became more pro-European but in a much more pronounced social democratic manner at least with regards to socio-economic issues. Ed Miliband supported the open political competition via European elections for the selection of the President of the European Commission and famously opposed the principle of a referendum on the UK’s membership of the EU because he believed it was not in the country’s interest to endanger that very membership.

Nobody would have made a decision like this in the poisonous electoral campaign of 2015 if they did not really believe it. Ed Miliband was also clear about the class-related nature of the impact of immigration pointing out that for middle class people it was a boon, while working class people perceived it as a threat, at least in economic terms. Yet his instinctive response was to call for the more robust enforcement of Labour standards and the minimum wage legislation prior to giving in to election pressures mainly from the ‘blue Labour’ wing of his party and allowing the call for a two-year ban on the right of new EU migrants to claim some benefits.

Jeremy Corbyn’s stance had a different origin. However, partly due to the influence of trade unions and the understanding that the parliamentary party overwhelmingly supports the country’s membership of the UK, he has moved to assuage fears about his stance and declared his support too but the key point is that he did so because he believes that

‘the EU of today brings together most of the countries of Europe and has developed important employment, environmental and consumer protections’

He is, like Miliband, entirely unequivocal about the significant benefits that immigrants have brought to the UK and the investment and opportunities for growth that the UK’s membership has brought to the UK. In other words, gone are the abstract, quite often centrist, references to Labour being pro-European. These are statements that have the overwhelming support of not only the parliamentary party but also virtually all major trade union leaders, the TUC and a clear majority amongst party members.

This significant switch in rhetoric coincides with a continuing discussion regarding UKIP’s actual or potential impact on electoral support for Labour.  The most widely used argument – which the tiny minority of Labour MPs who support ‘Brexit’ are happy to propagate – is that Labour is currently losing support in its traditional heartlands partly because of its stance on the EU and is often associated with the so-called ‘blue Labour’ wing of the party.

Hidden (or not so hidden) behind this message are often distinctly nationalistic and anti-immigration preferences which – from an ideological point of view – cannot be the hallmark of a left wing party. Indeed, ‘blue Labour’s’ consistent emphasis on ‘identity’ and ‘Englishness’ often conceal a belief in the supremacy of nation over class.

On the other hand, Geoff Evans and Jonathan Mellon convincingly argue that these defecting Labour voters are to a large degree the sorts of people that New Labour will have alienated following its centrist shift during the Blair years. The move to the ‘liberal consensus’ on the EU and immigration led to many of Labour’s core voters losing faith in the party before UKIP were an effective political presence [and] in electoral terms, the differences in sizes between the social classes means that numerically the bulk of UKIP’s support comes, counter-intuitively, from the larger professional & managerial middle classes.

In other words, they argue that UKIP’s support comes from people who stopped voting Labour many years ago and, elsewhere, cannot be categorised as working class. This supports the view of senior Labour politicians who argue that Labour should not try to ‘out-UKIP’ UKIP.

Under Ed Miliband (who continues to make these arguments) and now under Jeremy Corbyn, the Labour Party has rejoined a much broader (i.e. not UK-centric) debate about what kind of Europe we want. As Liesbet Hooghe and Gary Marks appositely note in a pathbreaking academic essay, this debate pitches the supporters of a neoliberal Europe against those who support regulated capitalism. In that debate, the Labour Party appears determined to fight against the latent nationalism that permeates many of the arguments used by supporters of ‘Brexit’ and do so on the basis of an explicitly progressive, social democratic basis.