The legacy of Potsdam: the future of EU-UK security relations after Brexit 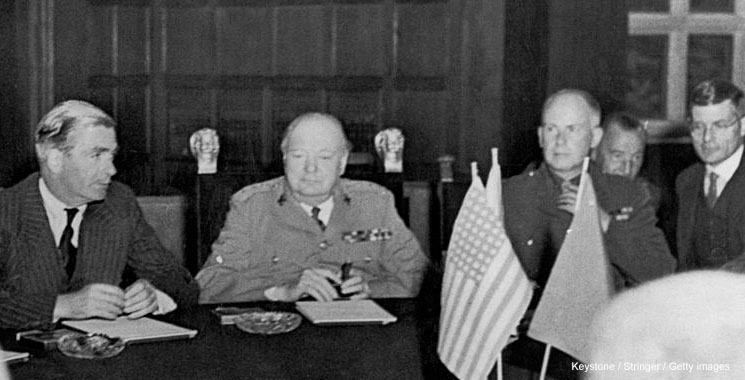 The UK was then central in defining the post-war security order and was a prime mover with the US and other western European states in creating the panoply of international institutions that emerged after World War Two.

The UK continued to play a prominent role in the security environment after the Cold War and continued to punch above its weight in international affairs. More recently, the UK adopted a lower profile in selected areas of EU foreign and security policy, before deciding to leave the EU in 2016.

To understand the future prospects for the UK’s security relationship with the EU, it is instructive to briefly delve into the history of the latter’s security policies.

The EU might be described as a civilian power that still is predominantly defined by its trade and economic powers rather than military capabilities, but it is not a politico-military dwarf.

This dualism is far too simplistic a view; it ignores the extent and depth of the European integration process in defence and security fields.

The EU has well developed foreign policy coordination mechanisms that date back to the days of European Political Cooperation (EPC) from the early 1970s onwards, and its successor the Common Foreign and Security Policy (CSFP). The Common Security and Defence Policy (CSDP) has conducted over 30 civilian missions and military operations since the early 2000s.

Internal security cooperation in Justice and Home Affairs (JHA) matters is considerable and has gathered pace since the signing of the Maastricht Treaty. The European security environment transformed from the certainties of the Cold War to a more febrile security environment after 1989.

The nature of these threats might change over time, but the post-war European security environment has proven relatively adaptable when crises emerge.

The issues change over time, such as the recent trend towards populism and national solutions to solving problems, but the system has been relatively adaptable.

Traditionally, the UK was a leading light in EU foreign and security policy, especially in the period since 1997.

The UK and France were the leading military powers in the EU, as the only two member states with full spectrum military capabilities (nuclear, conventional, cyber, and biological).

The UK was a prime mover behind CFSP diplomacy and CSDP missions and operations: although a permanent member of the United Nations Security Council, and a leading member of the Commonwealth and of the Atlantic Alliance, the EU was another venue for the UK to propagate its national interests, regionally in Europe as well as globally.

Leaving the EU has taken away this possibility and UK has one less avenue to influence the outside world through the CFSP, CSDP and associated trade, development, and other EU external action policies.

After Brexit, the UK is pursuing its Global Britain agenda that is driven primarily by trade. The British government believes that this will open up new opportunities for the UK globally in a range of fields.

Many EU member state governments are doubtful that the UK will be able to achieve global salience as a medium-sized power between Europe, America, and China in the wider world.

They argue that the shrinking size of the UK economy after Brexit and after Covid-19 will not accommodate the expansive need of such an ambitious project.

Critics of the Global Britain project also argue that the UK will lose influence in shaping global events in the EU, NATO, WTO, World Bank, IMF, and other international institutions, and that it will be buffeted between the demands of the much more powerful EU, US, and China.

In this day and age, so goes the argument, big is beautiful and being a medium-sized power just does not cut it in contemporary international affairs.

However, this does not explain the success of countries such as Canada, Australia, and New Zealand in the global economy.

The main difference to the UK is that they do not have the global responsibilities and matching ambitions diplomatically and militarily that the Britain does, and the UK seeks to remain at the top table of international affairs after Brexit.

The multiplier effect of the UK’s presence in EU foreign policy should not be underestimated. Conversely, one should also not underplay the opportunities that the EU gave to UK priorities through its external action policies.

The idea of a formal treaty in the security and defence fields is currently not on the table. Where else can the UK turn for influence? The US, EU, China, the Commonwealth?

In the end, Brexit bucks the post-war trend of multilateralism, international cooperation and of setting common goals between the EU’s member states in a common framework.

Brexit is an exemplar of recent trends towards populism and adopting national solutions to issues, both domestically and internationally.

Likewise, the Covid-19 pandemic has further exacerbated this trend as countries have turned to national solutions to solve their problems. This is at odds with the post-war norm of international cooperation between states within Western institutions.

Brexit is the product of UK domestic concerns and this impacts on policy. The uncomfortable binaries that emerged during the referendum camp again between Leavers and Remainers are still dividing cleavages in UK politics and society and this has hampered a rational approach to policy making.

This is potentially a problem for the UK in defining its post-Brexit international identity and for the efficient management of the European security order in a period of transition, 75 years after the Potsdam conference.