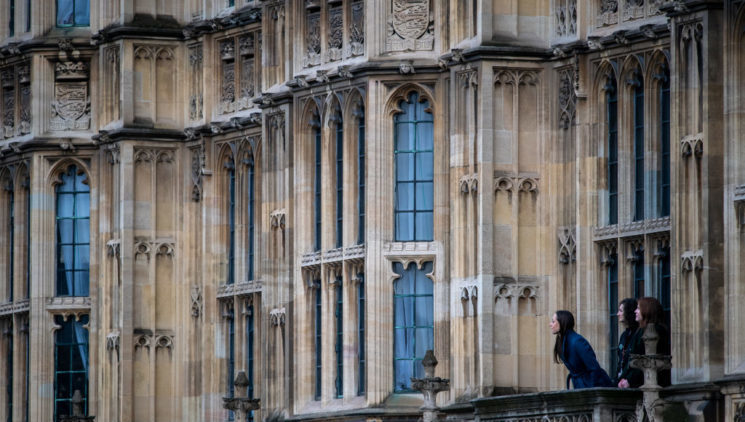 Brexit has posed a legislative challenge unique in nature and scale. The combination of the exit deadline and protracted uncertainty over the negotiations made it unavoidable that many of the legislative changes required to prepare the statute book for the UK’s departure from the EU would be made not through Acts of Parliament but through Statutory Instruments (SIs), a form of delegated or secondary legislation.

These included SIs made using notably broad delegated powers. The next stage of the Brexit process is unlikely to be much different.

Although the flow of future Brexit-related SIs may not be as heavy as it was prior to the UK’s departure from the EU, their content is likely to be just as politically contentious.

For example, EU citizens’ rights enshrined in the withdrawal agreement will be implemented in the UK largely through SIs.

The same will apply to the complex provisions in the agreement’s Northern Ireland Protocol, and to ‘common framework’ policies affecting the devolved nations.

As discussed in the contribution by Jill Rutter and Joe Owen, new bills for agriculture and fisheries are also replete with broad delegated powers, and the same is likely to apply to the expected Immigration Bill.

From these powers will flow a large number of SIs implementing new, complex policy arrangements in detail.

The record since passage of the EU (Withdrawal) Act in July 2018 gives good grounds for concern about these prospective SIs.

Some Brexit SIs, so far, have gone well beyond the correction of technical deficiencies in retained EU law to make major changes to public policy, particularly in immigration.

Other SIs in areas such as the environment, animal welfare and chemical controls have weakened standards, and eliminated important administrative functions and processes.

There has been a relatively high error rate in both SIs and their explanatory memorandums, and the government has routinely failed to provide impact assessments.

The political salience of the large body of Brexit-related SIs so far has focused attention on the parliamentary scrutiny procedures that accompany them. In doing so, it has exposed more widely the deficiencies in the process.

SIs are broadly of two types:
• Those subject to the ‘negative’ procedure become law on a given date unless a motion is passed in either House within 40 days annulling or rejecting the instrument. Many negative SIs become law before the 40 days are up. In the House of Commons, MPs must ‘pray against’ negative SIs via Early Day Motions (EDMs), which do not have guaranteed debating time. The government thus controls whether and when MPs debate the SIs concerned

• Those subject to the ‘affirmative’ procedure must be debated and secure the active approval of both Houses before they either become or can remain law. In the House of Commons, affirmative SIs are mostly considered in temporary Delegated Legislation Committees on the basis merely of a motion that the committees have considered the SI, rather than a motion allowing them to express a substantive view.

No SIs can be amended. With at most an ‘all or nothing’ proposition at the end of the process, these existing procedures give parliamentarians almost no meaningful voice, and largely waste their time.

In the Brexit context, the combination of broad delegated powers and inadequate scrutiny procedures has limited, and will continue to limit, parliamentarians’ ability both to influence some of the UK’s post-Brexit policy choices and to hold the government to account.

The prospect of MPs having little effective say on an SI implementing the Northern Ireland Protocol or a trade agreement could heighten the pressure for procedural reform during the post-Brexit transition period and beyond.

There is even a risk that the SI scrutiny process could become a constitutional flashpoint. During passage of the EU (Withdrawal Agreement) Act, some peers floated the possibility that if the government rejects attempts to constrain very broad and potent delegated powers, the Lords should reject SIs made under them.

Since 1950, the Lords has only rejected five and delayed two SIs (of which the most recent instance was over George Osborne’s proposed reform of tax credits in 2015, which sparked a formal review of the House of Lords’ powers).

So any such move in future could generate a new constitutional stand-off. Similarly, in the absence of mechanisms for inter-parliamentary consultation and scrutiny between Westminster and the devolved legislatures (a topic discussed more fully in Jack Sheldon’s and Hedydd Phylip’s contribution), any attempt to legislate via SI in devolved policy areas will exacerbate tensions within the Union.

The Brexit process has driven just two modest but useful reforms to the SI scrutiny process so far:

• First, to manage the flow of Brexit-related SIs across government, a minister responsible for SIs was designated in each department, and a coordinating Statutory Instruments Hub was established in the Cabinet Office.
• Second, the EU (Withdrawal) Act 2018 introduced a new SI sifting process. For SIs under the Act which the government proposes should be subject to the negative procedure, a sifting committee in each House has ten sitting days to consider whether it should be subject to the affirmative procedure instead.

The new sifting process is far from perfect, particularly as it is simply bolted onto the front of the existing inadequate procedures.

But crucially, such benefits as it does bring have not been, and are not being, extended to SIs made under other Acts.

The quality of policy and law is shaped by the scrutiny that they receive. Parliament can and does make a difference to legislation, often through minor but significant changes.

However, in order to do this, parliamentarians must have the necessary procedural tools and legal and policy resources at their disposal.

In the House of Commons, in place of its current unsatisfactory SI scrutiny mechanisms, what is needed is a single, permanent Delegated Legislation Committee to sift and scrutinise all SIs.

This committee should have the powers and resources of a select committee, enabling MPs to call on expert advice to support their scrutiny.

The committee could pass any SI of concern to the whole House for further consideration, with procedures in place to ensure meaningful debate and decision.

For their part, peers could be granted the power to send an SI giving rise to concerns back to the Commons and to ask MPs to think again.

Finally, members of both Houses could be granted a ‘conditional amendment’ power, enabling them to withhold their approval of an SI until ministers had addressed their concerns.

Without these kinds of changes, much of the detailed implementation of Brexit will be done by the executive with limited parliamentary oversight.

When constituents raise concerns about how these post-Brexit policies are to be implemented, MPs will find themselves frustrated, unable to challenge poorly conceived plans effectively because they lack the scrutiny mechanisms to do so.

By Dr Ruth Fox, Director, The Hansard Society and Dr Brigid Fowler, Senior Researcher, The Hansard society. This piece was taken from the Parliament and Brexit report.