The London NATO meeting: a turning point for the alliance? 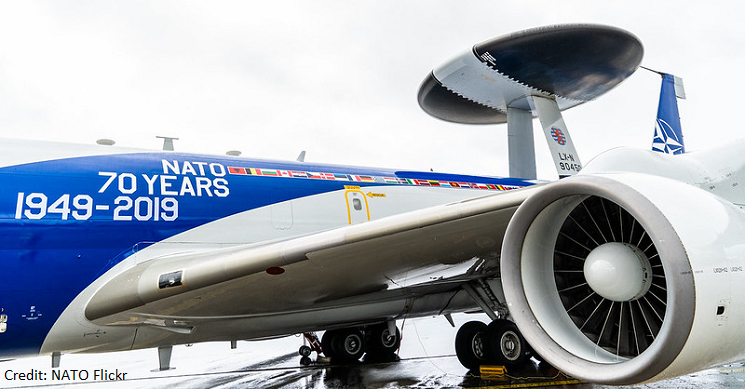 The NATO meeting of Heads of State and Government to be held in London on 3-4 December 2019 is pivotal in understanding the next steps for the Atlantic alliance.

The key issue on the agenda is transatlantic burden-sharing between the US and its European allies, but other key topics will also feature.

In particular, the future direction of the alliance will be discussed, along with the prospects for the quality of its mission and its longevity.

The rise of an indifferent Trump administration and of Russian revanchism have been the major pre-occupations of NATO for the past three years, as have concerns over new technologies which have been increasingly used to undermine alliance cohesion.

In the context of the current febrile global security environment, the stakes for the NATO meeting therefore could not be higher.

Only seven of the 29 members of NATO reach the 2% spending target.

This is a perennial source of concern for the US Congress and has been taken on board by the Trump presidency.

Most crises that NATO has experienced since 1949 have been external – perhaps apart from the reaction to the Iraq war in 2003 which could have brought the alliance down.

This time, though, the crisis in NATO is internal and is generated partly by the nationalist policies of President Trump and his administration’s divide-and-rule approach to domestic and international politics.

President Trump would like Germany and its European allies to increase their defence spending in NATO to the 2% target.

At the same time, the withdrawal of the US from European security structures is not an option given the rise of Russian posturing in the European theatre of operations, along with cybercrime and other associated non-military threats.

Conversely, President Trump perceives that the EU is a rival to American global interests and the EU’s quest for strategic autonomy has not gone down well in the White House.

Greater strategic autonomy could potentially be a way for the EU to bring more and better capabilities to NATO, but the Trump administration view is that this is a problem, as it potentially challenges US leadership in NATO.

This is arguably short-sighted and misunderstands that European defence cooperation is still conceived of in a transatlantic context.

All of this is important given the rise of Russia and China in global geopolitics; it gives Moscow and Beijing an impression of discord, as opposed to collaboration, in the Atlantic alliance.

Then there is the issue of Macron. His initiatives on European defence cooperation and capabilities are ambitious and gaining traction.

This is surely ill-conceived – as are French overtures to Russia on negotiating a new deal for the European security order.

This is partly borne of a lack of trust for the US and Trump and is more typical of a Gaullist French President like de Gaulle himself.

The French initiatives are also the sign of a leader who wants to leave his legacy on the European security order.

This is being done on the basis that Trump perceives Beijing as being the leading economic threat to the US economy, and hence NATO, Russia and European security have been potentially downgraded in President Trump’s grand strategy.

This is worrisome for the EU and its member states, but it also highlights the defence dependence that the Europeans still have on the US and their lack of political will to improve capabilities and spending on defence.

The other (small) elephant in the room for NATO is Brexit.

For the Americans, the UK was their bridge into the EU. This will now disappear.

France and Germany will likely be the main EU interlocutors for the US, and the UK will remain the key defence partner in Europe for the US.

This should not affect the operation of NATO, but the UK might not in the longer-term have sufficient resources to maintain its current defence posture if its economy underperforms – as is likely according to all credible economic projections – after it leaves the EU.

Since the days of the Bush Jr administration in the early 2000s, the US has preferred NATO to have a global view of itself, potentially simultaneously solving multiple crises around the world.

This conceptual stretch has seen its limits in Afghanistan, Iraq and other regions of the world.

The Europeans would prefer to keep NATO to the remit of its traditional collective security mission in the North Atlantic area, especially in dealing with the Russian threat under Putin and his eventual successors.

This is a transatlantic divergence of views on how NATO should be constituted and what it should do.

The indifference of the Trump administration towards NATO and the lack of EU defence capabilities conspire to undermine the alliance in terms of its effectiveness in addressing common security threats.

The combative bedside manner and language of President Trump might drive the US and its European allies in NATO even further apart.

Overall, despite everything, the Atlantic alliance is still performing well and is even prospering.

Nevertheless, if things start to change between the allies and trust diminishes between the US and Europe, this might prove to be a problem for managing global security coherently.

This would undoubtedly usher in a new period of uncertainty and insecurity which Russia and China would use against the West.

Whither NATO? Not just yet.

By Dr Neil Winn, senior lecturer at the University of Leeds.