The loneliness of the devolutionist unionist 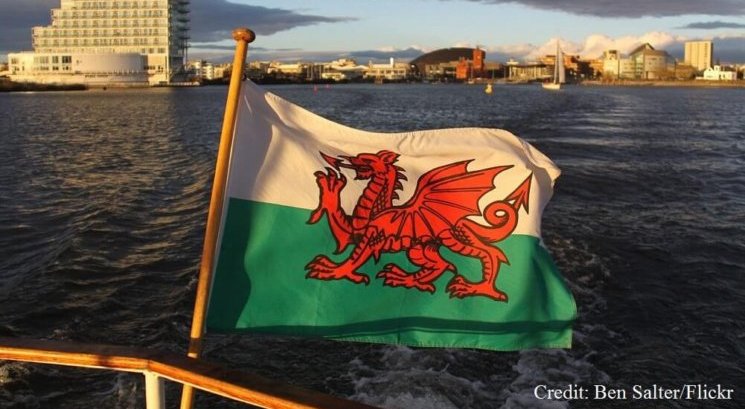 Brexit will clearly have enormous implications for the UK’s external relations. But it is also having a large impact on the UK’s internal politics: it has already helped reignite the Scottish independence issue, and played a significant role in the latest bout of political turbulence in Northern Ireland.

Things are rather less dramatic in Wales. Here there is a long-term public consensus in support of devolution; while most people want some autonomy in the UK, few wish to go as far as independence. But that is not to say that all is well. Indeed, Wales arguably helps point to some broader problems with the Union, which Brexit has helped to bring to the fore.

Scholars of sub-state regionalism generally use two core concepts to understand the influence of regional levels of government. The first is self-rule, something that we in the UK are very familiar with from devolution: that is, autonomy from the central state in the running of your own internal affairs.

The second is shared-rule, something that we in the UK have much less understanding or experience of: where the regions participate directly and jointly in running aspects of state-wide affairs. Examples of the latter would be the direct representation of the German states in the Bundesrat (the upper house of the German federal parliament); and the Council of Australian Governments.

What does all this have to do with Brexit? Among the policy areas currently devolved to all three non-English nations are agriculture, fisheries and the environment. Thus far, these have all been exercised in a heavily Europeanised context: much of policy is decided at an EU level, but devolved ministers have responsibility for carrying it out, and sometimes a degree of discretion in doing so. After Brexit these EU constraints on policymaking will presumably be removed – something that should give devolved ministers much more scope for policy manoeuvre.

But the UK government doesn’t see it quite like that. The dominant mind-set in Whitehall and Westminster appears to be that after Brexit policy-making powers will be ‘repatriated’ from Brussels to the UK – and that it will be up to Parliament and the government in London to decide which powers might be allowed to filter down to Edinburgh, Cardiff and Belfast.

Speaking on the Sunday Politics on 2 April, Welsh Secretary Alun Cairns spoke of the UK government’s intention to keep these repatriated powers in a ‘holding pattern’ until they – albeit in consultation with the devolved governments – had decided where and how they were best wielded.

The ostensible reason given by Cairns for the UK government stance was the need to protect the integrity of the ‘UK single market’. Such concerns are shared, to some extent at least, by the devolved governments. Welsh First Minister Carwyn Jones has spoken of the need for joint arrangements on some policy areas, such as animal welfare; even SNP Brexit minister Mike Russell has acknowledged the need for some joint working.

But the devolved governments tend to differ from London on how coordination might be achieved. The Welsh Government White Paper on Brexit – which, tellingly, was agreed and published jointly with Plaid Cymru – argued that any UK-wide frameworks should be based on “the free consent of the three devolved legislatures… to participate on equal terms with the UK Government, representing the interests of England.” (p.26) If any such thing were to happen, shared rule would truly have arrived in the UK.

This idea did not appear in the White Paper out of nowhere. Carwyn Jones has actually been pushing this sort of line for several years: calling for a UK Constitutional Convention and a fundamental transformation of the governance of the UK, including the development of inter-governmental relations in the direction of shared rule, and away from a hierarchical relationship between the UK level and ‘subordinate’ devolved governments.

For most of that time Jones has appeared a rather lonely voice – not even able to carry the rest of the Welsh Labour party with him, never mind achieving a broader consensus behind this position. But at a Wales Governance Centre public event in Cardiff on 29 March, Gordon Brown, John Prescott and Kezia Dugdale all showed greater interest than previously in the sort of agenda that Jones has long been pushing.

Yet even so, there remains little prospect of this agenda being realised. And this is not only because the Labour party’s current travails render minimal its chances of being able to implement any policies at the UK level for some years. There is a more fundamental problem. The sort of radical transformation of the UK that the introduction of substantial and genuine shared-rule would constitute would be a difficult thing to do at the best of times and with widespread political goodwill behind the project; big constitutional change is hard to do. But there is no such widespread goodwill.

The Scottish Government, and half the Northern Irish one (when it is functioning) don’t want to re-engineer the UK state, but to leave it. Meanwhile the UK government show no enthusiasm for any sort of fundamental change in how the state is governed – beyond that directly implied by Brexit, which is currently consuming nearly all the ‘bandwidth’ that Whitehall has to offer.

The Labour Welsh Government has adopted a position that we might reasonably term ‘radical devolutionist unionism’. They wish to stay in the UK, but wish for that state to change in some radical ways that would significantly further empower the devolved nations. Unfortunately for them, they find themselves in a very lonely position: they are the only government in the UK that believes in this.

A question that must be raised, however, is how they will, and should, react when that position is – it appears inevitably – rejected. In the meantime, while Brexit may change the UK state in many fundamental ways, the arrival of genuine shared rule in these islands appears some way distant.

By Roger Scully, Professor of Political Science at Cardiff University.