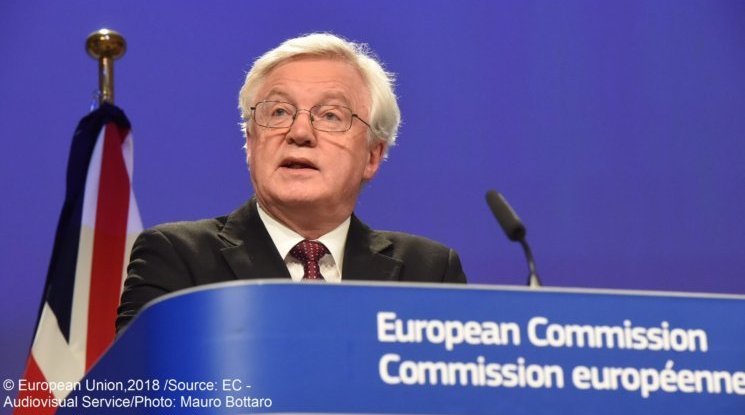 From a British perspective, it’s easy to forget that the European Union is about more than just whether the UK’s in or out. And this week’s European Council is a case in point.

The spring meeting of Heads of State & Government has been dedicated in recent times to economic affairs, a focus for soft coordination on jobs, budgets and social issues. It has become a standing part of the broader architecture of European cooperation and a place at which to demonstrate that the EU is working for its citizens.

However, for British purposes, none of this is of any great interest, despite various signs of a weakening economic trajectory. Instead, it will be Brexit all the way.

And, in their support, matters are moving on in the Article 50 process, so this week’s meeting is a crucial staging point in getting to a final agreement on a text for the Withdrawal Agreement in October this year.

Working backwards from that October deadline – itself a function of needing six months to get the text approved before the UK leaves in March 2019 – negotiators will need to consider how things stand in the three main areas of activity.

The temporally-most distant of the three elements is the future relationship between the EU and the UK. The former has been working on a mandate for the negotiations on this relationship, which will begin once the UK leaves the EU next year.

The intention for this European Council is to get the final approval of that mandate, so the Commission – which will lead the negotiations, as it does for all third-country agreements – can begin preparing more detailed documents of how it will work to achieve the state objectives.

Such an agreement is very likely to be reached, as various member states have had their particular interests accommodated within the successive drafts that have circulated among national capitals: typically, that has meant the inclusion of assorted specific areas where countries want to maintain the current close links with the UK.

However, the mandate is also going to underline the limitations of what it is possible to agree, given the current British red lines on membership of either the single market or the customs union.

While there is to be the likely inclusion of language to the effect that if the British change their mind, then the EU is willing to revisit what is possible, that remains more of a hope than an expectation on the part of member states.

More critical will be whether the EU27 decide to link the contents of this document with the other two elements under discussion.

For the British, getting an agreement on arrangements for the immediate period after withdrawal in March 2019 is critical. This reflects both their uncertainty about their preferred shape of the future relationship and their lack of development of solutions for parts of Phase 1 (see below).

Getting a system in place to cover the time from withdrawal to the arrival of the future relationship is thus essential to the UK in providing more legal certainty to citizens and economic agents, while also giving more time in which to address the outstanding political issues involved.

Article 50’s two-year time frame has proved as tight as originally feared for working through a very long list of general and specific issues, so transition is seen as a key vehicle for reducing that time pressure.

The upshot has been that the UK has been very compliant with the EU’s vision of how transition should work. The UK has made a number of concessions in the past week, even from its opening response to the Commission’s plans, from which it had only marginal differences.

This means a transition wherein the UK will follow all the EU’s rules and regulations, continue to contribute to the budget, and generally do everything that a member state would, with the key exception of no longer voting or being represented. Only when British interests are very directly involved – as with fishing quotas – will the UK get a voice in the decision-making.

This keeps things very largely as they are no, while also respecting the UK’s decision to leave the organisation.

Given the British concessions, it will be hard for the European Council not to agree the transition text on its own terms, but much will hang on the final, and most time-critical, element of Phase 1.

One might be excused for thinking that Phase 1 of the negotiations was all wrapped up in December. Then the European Council announced that ‘sufficient progress’ had been made in the three main areas – citizens’ rights, finances and the Irish dimension – to allow talks to move on to other matters.

However, ‘sufficient’ did not mean ‘complete’ and work has continued on all the Phase 1 topics since then.

While finances is largely wrapped up, big problems remain in the other two areas. Citizens’ rights after the end of transition remains unclear, given the tension between the stated desire of all parties not to limit these in future and the UK’s intention to end full free movement of people. But this pales in comparison to the Irish dimension.

The production of the draft Withdrawal Agreement last month caused much concern in the UK, since it only mapped out the so-called ‘Option C’, namely full alignment of Northern Ireland with the EU. This meant keeping many parts of public policy on EU lines, rather than any differing British ones.

The EU’s position, that the UK had failed to provide detailed proposals on either a comprehensive trade deal (‘Option A’) or a technical solution (‘B’), remains in place and concerns from Dublin (and other capitals) about the slow movement towards any resolution form the main source of friction for this European Council.

The dilemma is simple. If the European Council decides to stop the other elements until the Irish dimension is significantly advanced, then they might be able to focus minds on this critical issue, but at the price of slowing down everything else.

If they let the Irish element slip, then they risk being confronted with an even-bigger problem during the summer and autumn, which could potentially block the entire agreement.

As the end-game of Article 50 closes in, the various pieces are coming ever closer together. That offers some opportunities for horse-trading, but it also creates potential for friction and clashes, as different parts move in different directions. With all parties strongly committed to reaching a deal, this European Council will be a good indicator of whether that will actually come to pass.

By Dr Simon Usherwood, deputy director The UK in a Changing Europe and reader in politics at the University of Surrey.