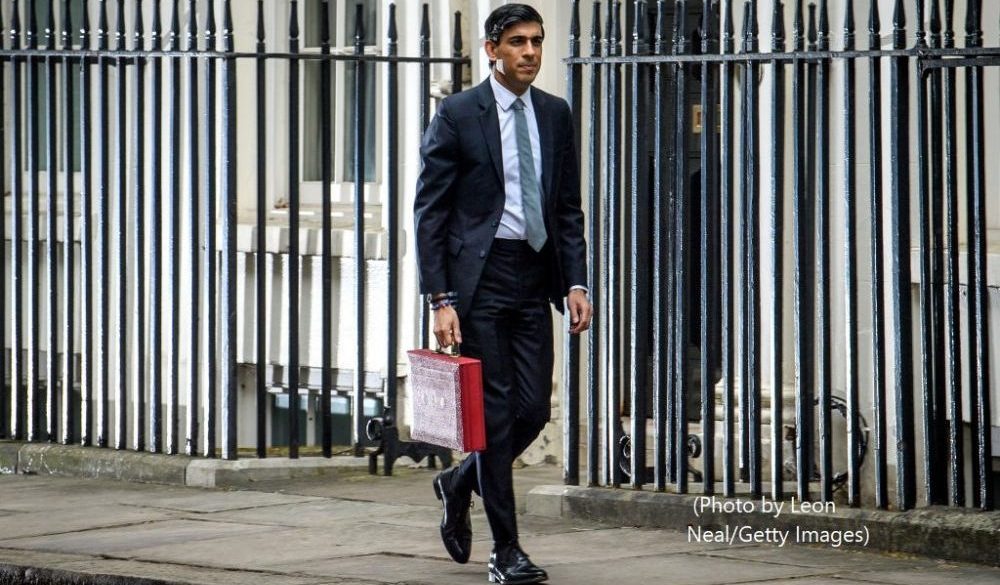 When the Chancellor sat down to write his Budget speech, representations from – and indeed conversations with – organisations like my former employers the CBI would have been on his mind.

Businesses would have been pretty high on his list of people he was aiming to please, alongside his party colleagues and the average, ever-present Red/Blue Wall voter. For the country’s charitable and voluntary organisations, however, it was a different story.

While promising to use the Budget to support the country’s hardest hit sectors, Sunak doled out cash grants and tax cuts to a familiar list of struggling industries – retail, leisure, hospitality, accommodation, attractions, gyms and culture.

Even cricket grounds and football clubs got a look in. However, three parts of the economy which the Government had seen fit to craft significant emergency packages for at the start of 2020 were missing in action: trains, buses and charities.

But through the crisis, the Department for Transport has thrashed out a deal to cover all of the rail industry’s losses and then some.

The bus sector has had two lump-sum bailouts and continues to receive weekly multi-million pound payments. Charities have had no such additional deal.

It’s difficult to see how charities don’t meet the ‘hard hit’ test Sunak set. Pro Bono Economics has estimated Covid-19 has created a £10.1 billion funding gap in the sector – dwarfing the £750 million the Government assigned to it a year ago.

And while the original £750 million was calculated to support charities temporarily unable to fundraise and supporting people in need, those numbers were run well before anyone could have predicted a full year of diminished income, cancelled fun runs, shuttered shops and nary a fundraising dinner in sight. It could also not have fully accounted for the sustained increase in need for charitable services over 2020.

That increased demand is being experienced on five fronts. First, problems that were worsening pre-pandemic have not gone away: core homelessness, for example, rose from 120,000 on a typical night in 2010 to 153,000 in 2017.

Second, Covid-19 has – of course – had direct consequences on demand, with domestic abuse charity Refuge, for example, reporting an 80% increase in calls to its helpline.

Third, lockdowns have led to backlogs of need that have not been met, with charities heavily involved in supporting the 26,000 patients who did not start their cancer treatments during the first lockdown for example.

Fourth, as the economic situation worsens, demand for a range of services spills over: increasing unemployment means greater demand for foodbanks and financial advice services, and is linked with aggravated mental and physical health problems.

Fifth, with one in ten charitable organisations expecting to cease operations in the next year, demand may be focused on a narrowing number of providers, sharpening the impact.

Overall, 42% of charities report that demand for their services is higher than their capacity to meet it right now. That is plainly not a sustainable situation.

And it’s not just in matters of direct funding where charities failed to feature at the Budget. Though DCMS’s Civil Society Strategy states explicitly that ‘the Government wants charities and social enterprises to be able to employ strong digital skills to deliver social good’, the Government’s new Help to Grow scheme that would give them exactly that specifically excludes charities.

While the new Levelling Up Fund prospectus lists businesses, transport providers and even the police and emergency services as important stakeholders for consultation, charities don’t make the cut.

The charity sector lacking a shout out at the despatch box is not a new phenomenon: in 2017’s Budget, ‘business’ and the ‘private sector’ were mentioned at a rate of 32:1 compared to mentions of civil society, charities and social enterprises combined. In 2018, it was 36:1 and in 2020 there was no mention of civil society at all.

Nor is this blind spot solely evident at HM Treasury. Successive Prime Ministers have had some version of a Business Advisory Group, but no such route for the CEOs of the country’s leading charities to be heard.

For a time at least, the Government had an industrial strategy that business helped to steer, but not an equivalent for society where Government could benefit from charities’ experience.

Charities are missing in the broader public debate too. You’re far more likely to make it on to BBC Question Time if you’re a playwright or a comedian than if you run a foodbank or support vulnerable groups.

As Shelter’s CEO Polly Neate says, ‘I am lucky to be asked to explain the impact of the pandemic on homelessness in specific news items on exactly that topic, but the broader social discourse is very rarely something I or my peers in the charity sector are asked to join.’

Clearly, no sector has a right to access the upper echelons of Government, to public funds or to a voice in the public debate. But it does feel like an oversight. Charities directly employ close to the same number of people as financial services.

Throw in the hours provided by volunteers, and you have a workforce equivalent to the construction industry. PBE and Bank of England’s chief economist, Andy Haldane, estimate that charitable activity contributes £180 billion in value add, equivalent to around 10% of GDP.

It’s hard to imagine any other sector as large and impactful as that being so invisible in the way our country’s run.

By Nicole Sykes, Director of External Affairs at Pro Bono Economics. You can also watch Nicole speaking at our Business after Brexit and Covid-19 event here.