The new costs for business post-Brexit 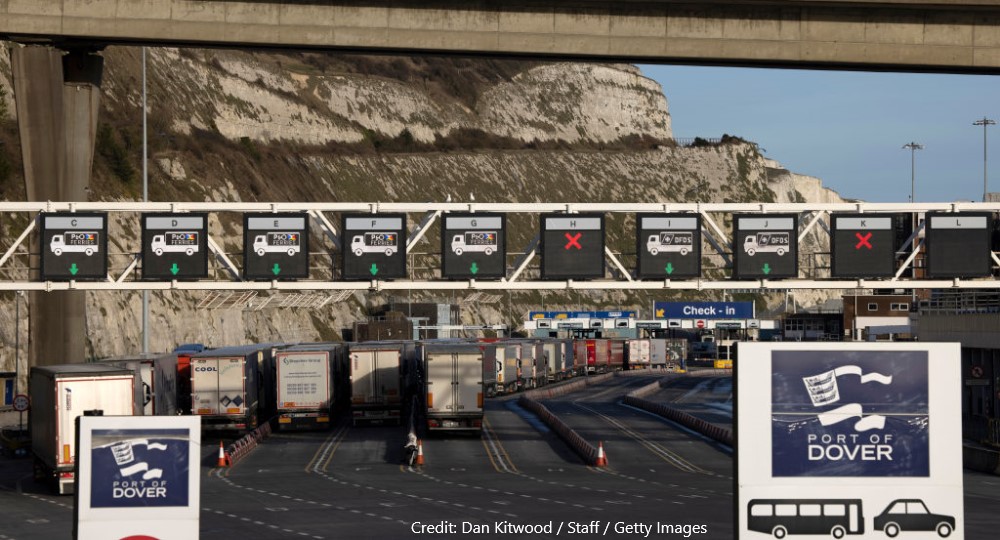 The UK’s Brexit agreement has kept tariffs at zero but creates new barriers to UK-EU trade that affect goods and services. These are the barriers that cause truck queues at Dover, make exporting fish difficult and stop musicians touring the continent. In particular, there is no chapter on mutual recognition which would reduce the need for safety testing and other checks.

The red-tape curtain is very expensive – costing an average 8-9% for both goods and services, and exports and imports. That’s around £25 billion a year on UK exports of just under £300 billion to the EU (2019 figures). This is a long-term trading cost and partly a teething problem.

For some businesses, lower sales and profitability will be manageable, but others will fail altogether. Most EU-UK trade will suffer because the bureaucracy creates difficulties for customers and suppliers.

Goods account for 58% of UK exports to the EU. UK exporters to the EU now have to prove the origin of their goods, without which they are subject to tariffs. Complex rules decide whether a product is sufficiently ‘local’ to qualify as tariff-free.

Small businesses play an important role in supply chains but are often poorly equipped to handle the stringent demands of customs processes. There are over 140,000 smaller firms which export and employ over two million people.

They account for about 30% of goods exports, and a recent survey found that 20% of smaller firms have temporarily stopped exporting to the EU to avoid trade costs and paperwork. This is despite the benefit of 12-month relaxations to make ‘rules of origin’ easier to apply and that some traders are able to self-certify the origin of their goods.

Another headache for UK exporters is inspection and testing. Goods must meet EU regulatory and technical standards; as an EU member, UK testing bodies could certify compliance, but no longer.

Instead, an EU-accredited body must do the testing and do it in the EU. This means exporters have to use an EU subsidiary or find an EU-based agent willing to accept legal liability for conformity.

The deal allows for some limited exceptions – for example pharmaceutical manufacturing practices, some vehicle certificates, and some aspects of aerospace production. However, unlike other trade agreements, there are no chapters on mutual recognition or conformity assessment.

For chemicals (16% of UK goods exports to the EU), the UK Government decided to create its own version of the EU’s regulatory framework. This doubles the admin for exporters (who must show they comply with both sets of rules). The Chemicals Industry Association estimates that the extra cost to the industry will be £1 billion a year.

Exports of food, plants, plant products and animals now require tests because, under the deal, the EU no longer recognises the UK’s standards or tests (and vice versa). This means the EU has the right to test all UK food and animal imports.

Cross-border food supply chains are competitive and often time-sensitive, so extra costs and delays can cause serious problems. UK imports will also suffer because some EU exporters (for example of wine) will not want to bear the extra costs.

Admittedly, the agreement encourages both parties to perform fewer risk-based tests, but there’s no provision to simplify the tests. Surprisingly, the rules are more onerous than the EU’s deal with far-away New Zealand, which requires checks on only one percent of food imports. 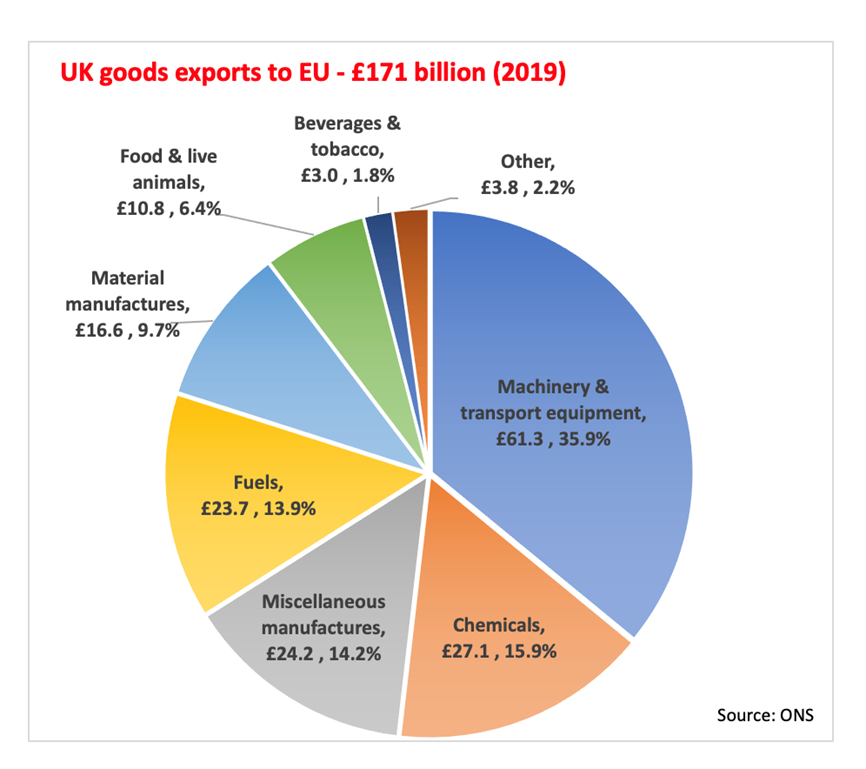 A disservice for services

Services are increasingly important in trade, accounting for 42% of UK exports to the EU. When the UK was a member, it could supply services under UK rules to customers in the other member states.

A big change is that UK service suppliers now have to comply with many more rules, which are specific for each sector and member state. For financial services, it is possible that the EU may grant the UK regulatory equivalence in certain areas, but this can be revoked at short notice.

Services firms also have to deal with another barrier: the EU no longer recognises UK licences or professional qualifications. This makes it more difficult for Britons to cross borders to deliver services in the EU. There is a list of activities that they can perform without a work visa.

For those that can work in the EU, the maximum visa-free time for short-term business visitors is 90 days in any six month period. Plus, several member states require work permits in many sectors.

Due to the new restrictions, big slices of the UK’s services exports cake will shrink. Aviation, road haulage, the financial sector, and parts of professional and business services (totalling around 65% of UK services exports to the EU) face hefty new barriers to trade.

One option is to create a commercial presence in a member state to serve the EU market – as the Government now recommends. Many banks, airlines and large professional services firms have already done so.

Smaller firms find it more challenging. Fortunately, the investment rules under the deal are fairly liberal. The downside is that investment, jobs and tax revenues migrate to the EU.

Digital services are important to most sectors these days. So, it is good that the deal supports digital services and parts of e-commerce. This includes free data-flow obligations with safeguard provisions.

However, the ability of UK businesses to transfer personal data from the EU will depend on a unilateral decision from the Commission to grant adequacy to the UK. The EU’s criteria for sharing personal data with a third country are stricter than for EU members. 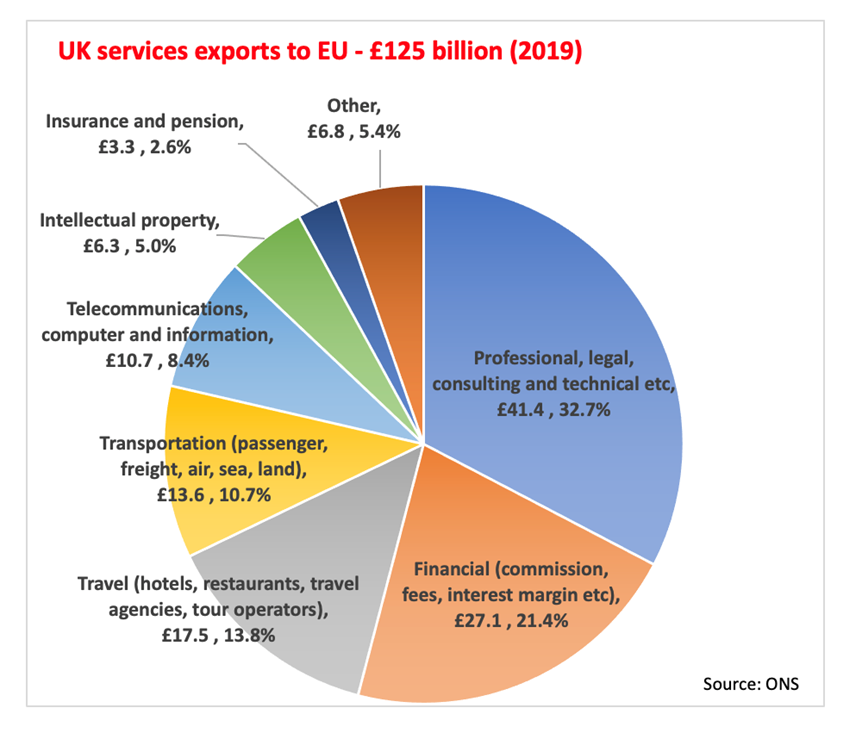 Business has a few temporary reprieves. There are grace periods and the UK is not applying its full suite of import controls for six months (as they weren’t ready for 1 January). It is only when the reliefs end that the full effect of the new red tape will be felt.

Churchill’s speech was referring to the iron curtains that theatres used as a fire precaution, lowered at least once during a show. Ironically, Government now says it’s looking for a bonfire of regulation – but the Brexit red-tape curtain looks as if it will be fireproof.