The new doctrine of ministerial irresponsibility 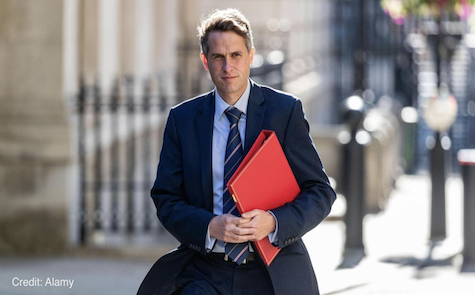 In 1954 a hapless minister named Sir Thomas Dugdale had to resign over maladministration in his department. The Crichel Down case is taught in textbooks as the example of ministerial responsibility in action: ministers have to account for the actions of their department.

This principle is embedded in the Ministerial Code, but has been eroded over the years. Ministers now depart for misleading Parliament but not for big policy mistakes or failed implementation. Neither Theresa May nor Amber Rudd resigned over Windrush – though Ms Rudd did resign after telling the Home Affairs Select Committee that the Home Office did not operate removals targets when it did. A subsequent inquiry laid a dollop of blame at the door of those who briefed her, some of whom had been swiftly shuffled elsewhere in the wake of the scandal.

On Wednesday it was announced that the Prime Minister had decided to rid the government of the top official at the Department for Education, the day after the head of Ofqual had stepped down from that role. The department and the regulator now face a turbulent autumn with new top officials in charge, but the political leadership is unchanged – for now. The civil service union, the First Division Association, is accusing ministers of throwing civil servants under the bus: forcing officials to lay down their careers to preserve those of their ministerial masters. Crichel Down has come full circle.

Dominic Cummings has a point on civil service failure …

It is true that civil servants manage to ride out a lot of policy failure in their careers without too much damage. The Permanent Secretary at Defra weathered the storm on payments to farmers in the mid-2000s and both he and his Secretary of State went on to bigger jobs. Neither of the Permanent Secretaries who presided over the west coast mainline franchising debacle saw it damage their prospects – and  moved on to oversee the problematic introduction of universal credit and the full force of the hostile environment respectively, without any career penalty.

There is only one notable case of a civil servant resigning over an administrative failure – when Sir Paul Gray left HMRC over lost child benefit discs. Nobody thought Sir Paul was personally responsible for putting discs in the wrong envelope, but his department (technically a non-ministerial department) had let the public down and he thought it was right to go. The civil service would be held in higher public esteem if more civil servants were willing to follow the Gray approach.

… but it is often hard to work out who has failed

The old version of ministerial responsibility assumed that any failure should be laid at the door of the minister.  That might have worked in the era when there were a handful of officials in a department and the state was much smaller.  But most people recognise that even the very best minister cannot really be held responsible for the distant actions of an official in a far-flung office.

There are clear failures of political judgement, and ministers should carry the can for those. Those are the judgements they are there to make. In the case of the exams debacle there looks to have been a massive failure of political judgement over the implications of prioritising the minimisation of grade inflation – that was the objective Gavin Williamson instructed Ofqual to follow in April, and he stuck to it even when warned that it meant a large number of individual pupils would see their marks downgraded. He is paid to make the political judgement that that would be sustainable.

But when it comes to a policy failure, it is harder to see inside the black box of decision making. We rarely see what the advice from officials says, and how ministers react to it. Do they claim they can cope with the political fallout that officials cautioned might be a consequence? Or did officials (and their political advisers) fail to alert them? Do ministers task officials with delivering something that they have warned is very difficult to put into practice with the resources (time, money, capability) available?

Too often there seems to be a faustian pact between ministers and officials, something along the lines of “we won’t say your pet scheme is impracticable as long as you don’t fire us when it doesn’t work.” The victim is the  taxpayer, the benefit recipient or the service user.

There is a partial system for doing this now. As Accounting Officers, Permanent Secretaries are directly accountable to Parliament for spending, and can require directions from ministers for any spend that they think is irregular, improper, not value for money or infeasible. Brexit and now Covid-19 have seen a proliferation of directions in a number of departments – the Brexit ones mainly because spending had to be incurred in advance of legislation; the Covid-19 ones because there was no time to establish value for money. Interestingly the newly sacked Jonathan Slater was the only Permanent Secretary ever to ask for a ‘feasibility direction’ (over the timing of the introduction of T-Levels).

Civil servants should now take these powers much more literally. They should demand directions on any policy from ministers that they think is not robustly based on evidence or the practicalities of implementation. They should detail their objections in writing and inform the relevant select committee. Ministers would still be free to direct – but would no excuse that they were not warned. This would have the advantage of making civil servants take more responsibility for the quality of their advice, and also allow proper scrutiny of decision making.

This would be a radical change. It would slow decision making and put a distance between civil servants and their ministers. But it would sharpen accountability and mean the public would know who was really at fault – and potentially halt the march of irresponsible ministers.