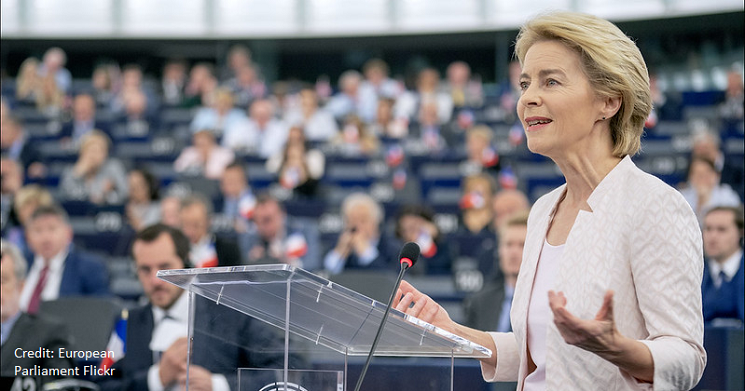 The European Parliament will on Wednesday hold its final approval vote, by simple majority, for the new European Commission. Having already approved the president-elect and commissioners separately, the vote should be a formality.

As we move beyond the procedural shenanigans that have dogged the start of Ursula von der Leyen’s tenure, and delayed the official Commission start date by a month, we can now focus on what it actually plans to deliver.

This Commission has a difficult landscape to navigate

According to the European Parliamentary Research Service, around two-thirds of the proposals put forward during the Juncker Commission were adopted.

The von der Leyen Commission will have more difficulty over the next five years.

For a start, she will be dealing with a much less amenable European Parliament. It is more fragmented, making coalition building more difficult, and she lacks the support base that Juncker had as a lead candidate.

Promises to be kept

That weakness translated into assurances that von der Leyen had to give to secure the Parliament’s approval of the new Commission.

First, she pledged to support the Parliament’s right to initiate legislation, not just request it from the Commission as it does now, when the Conference on the Future of Europe gets underway in 2020. This process could eventually lead to treaty change.

Under Juncker, for instance, there were 34 proposals requested by the Parliament that the Commission did not act on.

Waiting for the work programme

The first annual work programme will provide a clearer picture of the concrete initiatives immediately in the pipeline. But von der Leyen’s political guidelines and the hearings of her commissioners in the European Parliament have sketched out the broad picture for the next five years.

The structure of the new Commission tells us a great deal about its headline priorities.

Von der Leyen, partly at the insistence of member states, introduced a system of three Executive Vice-Presidents, each of whom will oversee a core topic: the European Green Deal, economic policy and digital policy. These form the basis of her legislative agenda.

Climate policy is where the new Commission is most ambitious.

In his European Parliament hearing, Frans Timmermans, the Executive Vice-President for the European Green Deal, promised to table a proposal in the first 100 days of the new Commission setting climate neutrality—yet to be defined—by 2050 as an EU policy goal.

The new Commission has also committed to raise its emissions-reduction target for 2030 from 40% of 1990 levels to at least 50%, with Timmermans hinting that 55% was also on the cards.

Another important proposal, with wider implications for trade and geopolitics, is a Carbon Border Tax. This would attempt to prevent stricter EU emissions rules from damaging the competitiveness of EU companies.

To coin a phrase, it would attempt to level the playing field and prevent foreign companies undercutting EU ones by producing goods under looser environmental rules.

It would also encourage non-EU companies, and their governments (which may soon include the UK), who import into the single market to reduce their carbon footprint in order to avoid the tax.

In the economic sphere, the commitments are relatively modest, mostly continuing the work of the previous Commission. Von der Leyen has pledged to complete a number of measures begun by her predecessor: the Capital Markets Union, the Banking Union and an EU-wide deposit insurance scheme.

Another important priority will be economic fairness, a response to the rise of populist politics in recent years.

Von der Leyen and Valdis Dombrovskis, the Executive Vice-President for the economy, have promised to bring forward an unspecified ‘legal instrument’ in the first 100 days to ensure ‘every worker in our Union has a fair minimum wage’.

This forms part of a wider policy to ‘fully implement the European Pillar of Social Rights’, including an EU-wide unemployment benefit scheme—again, a long-mooted idea—and redirecting the existing Youth Guarantee primarily to tackle youth unemployment.

The Commission has also proposed a common corporate tax base and levy, the introduction of a budgetary instrument to support economic reforms and a mechanism to link rule of law violations to payments in the next long-term EU budget.

A digital services tax is one of the headline pledges of the new Commission, again a reheated proposal from the previous legislative period, after member states failed to agree in March 2019.

Von der Leyen has set a deadline of the end of 2020 for a global solution to digital taxation issues, where some digital services are not taxed or profits generated in one jurisdiction are taxed elsewhere.

If none is forthcoming, Margrethe Vestager, Executive Vice-President for digital and competition commissioner, has strongly hinted at bringing forward a proposal.

The Commission has also pledged a Digital Services Act, which will attempt to create a thorough rulebook for the use of online forums, notably social media platforms, forcing the removal of illegal content and regulating things like political advertising.

All in all, there is, as should be expected, a large degree of continuity with the work of the previous Commission, especially in economic policy. The most notable changes look set to come in climate and digital.

Trouble in the Council

The trouble is that these are two of the areas where member states have found it most difficult to reach agreement in recent months.

At the European Council summit in mid-December, EU leaders will revisit the 2050 climate neutrality pledge after they failed to agree in June. Similarly, talks on an EU digital services tax broke down less than a year ago.

Making them the central plank of her programme may help von der Leyen to achieve traction by focusing political pressure on achieving solutions. But it is an approach that could easily fail and leave her with little to show for some of her most ambitious pledges.