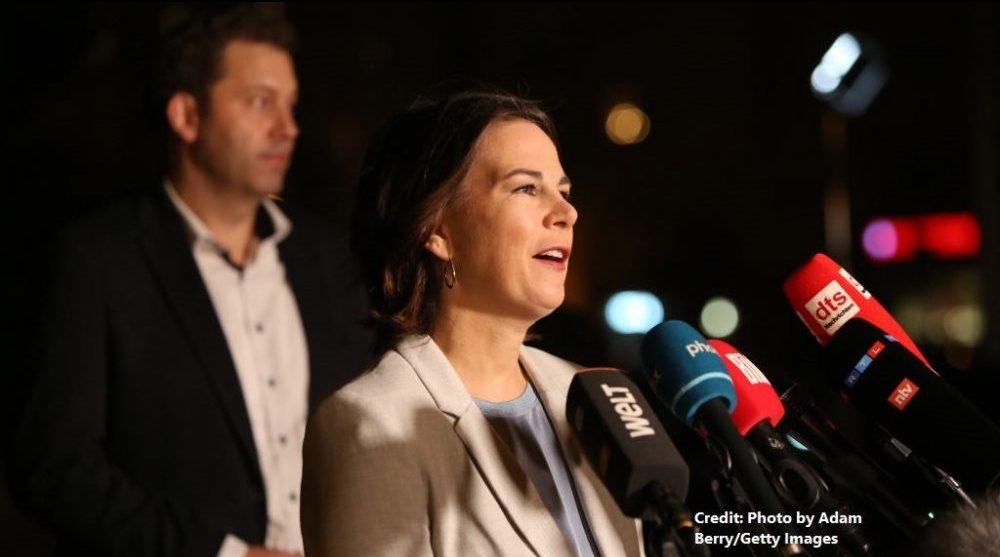 After 16 years under Angela Merkel’s leadership, the new German government will face an uphill struggle to lift the country out of reform inertia.

The winner of the election, with the strongest mandate to build a new government, is Olaf Scholz, the leader of the Social Democratic Party (SPD), who won 25.7% of the votes.

German politics has become more fragmented over the last 20 years. The long-standing dominance of the two main blocs – the CDU/CSU and SPD – has broken down: in 1998 they took 76% of votes between them compared to not quite 50% this year.

The race for Chancellor was a personality contest, with the party contest taking a back seat. This was reflected in the parties’ approvals, which were changing rapidly over the summer. Scholz’s campaign impressed voters, while the Laschet and Baerbock campaigns were drab in comparison.

In a post-election interview with Der Spiegel,  Scholz stressed his claim to succeed Merkel, suggesting the election result and polls made clear which parties should be in government and who should lead them: ‘the citizens have elected a new government … they have made the SPD the strongest party. And they want me to be the next chancellor.’

He noted that the SPD, Greens and FDP all gained votes in the election, which he said was ‘a message to these three to get it done now and to form a government together.’ He added: ‘I’m optimistic that a traffic light coalition can succeed.’

The first phase of talks on forming a new German government are moving forward slowly; the smaller parties started right after the election result with the SPD and CDU starting to engage a week later. The FDP and the Greens have a similar voter base: affluent, urban, and well-educated, but the parties belong to rival ideological camps.

They lean different ways on economic solutions to social problems and are far apart on how to go forward on the biggest issue in this election campaign: the climate crisis.

The FDP worry higher taxes might further damage Germany’s image as a place for investment and fear the introduction of a wealth tax and a property tax supported by their potential coalition partners the SPD and Greens.

There was a real chance that Annalena Baerbock would become Germany’s next Vice Chancellor. But rumours have surfaced that co-leader Robert Habeck may in fact become the candidate of choice for the post.

A Civey poll for Der Spiegel found that 69% of respondents believed Habeck should become vice chancellor in a potential SPD-Greens-FDP coalition, while just 15% percent said it should be Baerbock. If the coalition talks succeed Baerbock will probably become Foreign Minister and Lindner Finance Minister.

The biggest loser is Armin Laschet. He obtained the worst result in the history of the CDU/CSU (a drop of almost nine percent) and has consistently been behind Scholz (as much as 15% in the poll just before the elections) on who would be a better Chancellor.

It was therefore strange, if not altogether tone-deaf for Laschet to declare during the so-called Elefantenrunde TV debate on election night that he had secured a mandate to form a governing coalition. On 7 October 2021 Laschet announced that he is prepared to resign.

There has been a problem in German politics caused by the lack of a credible alternative to an Angela Merkel-led government.

Much of Merkel’s success was built on capturing the centre, to the annoyance of many on the right who saw in this shift the reason for the success of the radical right Alternative for Germany (AfD) party.

Over the last 16 years, Angela Merkel has hollowed out German politics ideologically. Her style of borrowing policies from other parties was the classic approach of Merkelism, but a coherent vision for the centre-right has all but disappeared.

The German Chancellery has been centralizing powers for years, leaving the Foreign Ministry less important than the last time the SPD was in power (1998-2005).

But the pressure will be on whoever leads the Foreign Ministry to work better with the US and with colleagues in Europe instead of Merkel’s special relationships with China and Russia.

If the Traffic Light coalition is confirmed, the Foreign Ministry is expected to go to the Greens, so it will be their party positions on foreign policy that will provide direction, albeit moderated by their two coalition partners.

The Greens say they want to strengthen the EU, and particularly the European Parliament. They and the FDP also both want to make the EU’s foreign policy more efficient.

On Russia and China, the Greens pursue a strongly value-based approach, rejecting Nord Stream 2, which they say is against the EU’s geopolitical interests. The SPD want to keep a working relationship with Russia and support the controversial gas pipeline project.

The Greens also support sanctions on Russia, especially on human rights violations. Towards China, the Greens have adopted a critical stance over Hong Kong and the case of the Uighurs.

The Greens see China increasingly as not only an economic partner but as a rival and systemic challenge. This reflects a general focus on democracy and human rights in foreign policy.

When it comes to dealing with authoritarian regimes, the Greens advocate a dual approach of ‘dialogue and toughness’ and demand an end to China’s ‘blatant human rights violations’; they also have reservations about the EU’s investment deal with China. All this combined would signify a significant shift and sharpening of German foreign policy positions.

A politically distracted Germany is not good for the EU – especially as it faces major challenges over the post-pandemic recovery, the climate crisis, a likely rule-of-law confrontation with Hungary and Poland in the autumn, and the ongoing difficulties in the relationship with the UK.

The EU needs an engaged Germany able to bring ideas to the table and demonstrate leadership, particularly with Macron facing a very difficult re-election campaign in France in 2022. The quicker Germany’s government negotiations can be concluded, the better.

The first and second round of presidential voting in France, scheduled for April 10 and 24, and legislative elections in June, will undermine the substantive policy impact Macron could have had when his country assumes the presidency of the Council of the European Union in the first half of 2022.

If there was political stalemate in Berlin, followed by Paris, the EU would be bereft of strong leadership at a time when it could sorely use it.

Germany is at a crossroads politically and generationally. The new government will have to reinvigorate the political debate where coherent positions have been hollowed out.

Its success will ultimately depend on its ability to find compromise to govern effectively in a three-party coalition while allowing space for distinct policy positions among the partner parties to develop.