The new government in Austria: what to expect 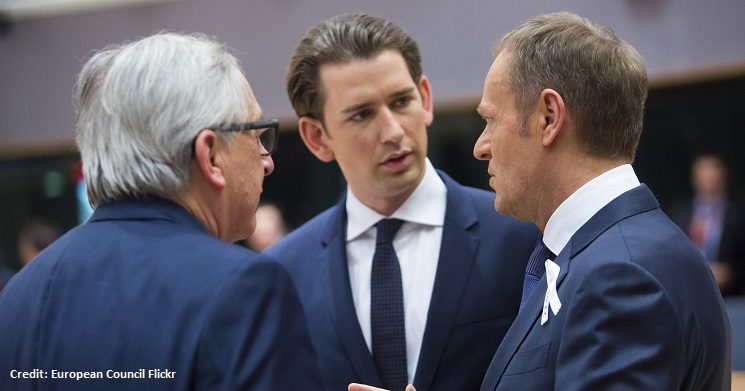 The new government in Austria—a coalition of Sebastian Kurz’s conservative New People’s Party (ÖVP) and the left-leaning Greens—is a novelty in Austrian politics that might shape the direction of future EU politics.

Both political parties saw substantial gains in the snap elections that took place on 29 September 2019, after the former coalition with the populist radical-right Freedom Party (FPÖ) collapsed over the so-called Ibiza scandal earlier that year.

Despite both coming out as winners in the same election, the two parties could hardly differ more strongly concerning their priorities and policy positions. This raises the question of what we can expect from a government consisting of such mismatched partners.

When presenting the coalition agreement, Sebastian Kurz said that the deal delivers the “best of two worlds” rather than the minimal consensus. And, indeed, when reading the agreement, the passages reflecting the distinct priorities of the two parties are easy to identify.

For the New People’s Party the utmost priority in the coalition negotiations was the continuation of its hardline course on immigration and cultural issues that it had pursued in the previous term.

Accordingly, the agreement includes, for example, a ban of headscarves in schools for all pupils under the age of 14, and new powers of preventive detention to protect public safety.

At the same time, the agreement also foresees a reform lowering the taxes for lower- and middle-income groups, as well as an improvement to the elderly care system. Both were significant promises in the ÖVP manifesto.

For the Greens, being first and foremost elected to act on climate change, the most fundamental goal of the negotiations was to secure an ambitious package of climate protection measures.

In line with that, the agreement declares the goal of achieving carbon neutrality by 2040, with 100% of the energy supply coming from renewables by 2030.

Besides that, the agreement introduces a task force that will prepare an eco-social tax reform to incentivise eco-friendly behaviour in various areas of public policy, most notably transport.

Overall, the agreement delivers on the major pledges of the two parties. At the same time, the influence of the New People’s Party seems to weigh somewhat more heavily in the overall package.

This, however, is to be expected due to its greater electoral strength and its participation in the previous government – which allowed it to prepare concrete policy proposals immediately ready for implementation.

In contrast, the Greens will need some time to work out the details of how to achieve their ambitious goals laid out by the agreement. The success of the new alliance will depend, in the end, on whether both partners will be able to deliver on their major electoral promises.

A New Treaty for Europe

In terms of EU politics, the New People’s Party and the Greens are united in their strong support the European project but their coalition agreement also presents ideas for a ‘New Treaty for Europe’ – a broader reform of the EU institutions to improve their functioning.

To work out the details of the new treaty for Europe, Austria supports Ursula von der Leyen’s plan for a ‘Conference on the Future of the EU’. It also encourages citizen participation in the reform process.

External borders should be better protected by strengthening FRONTEX (the EU’s border security agency) and by concluding cooperation agreements with the countries from which migrants originate.

Free trade agreements must ensure that environmental and social standards are guaranteed. According to the coalition agreement, this requirement is not being met in the Mercosur agreement, which is why the new government rejects it.

Next, the coalition proposes that while cooperation in those significant areas should be fostered, the EU institutions should be made smaller and more efficient. In particular, the size of the EU Commission should be reduced, with a fair rotating principle; bureaucracy should be kept to a minimal level.

The government is also calling for an extension of  qualified majority voting into additional policy areas (e.g. foreign policy), as well as giving the European Parliament the right to initiate legislation.

Member states that do not comply with EU rules – such as those of the Dublin agreement or the Maastricht Treaty – should face sanctions to ensure the effectiveness of the rule of law in the European community.

Making the institutions smaller and more efficient is perceived as a necessity because Austria, as a net contributor to the EU budget, does not wish to extend its contributions beyond the current level after Brexit.

The future relationship with the UK

The new Austrian government wishes to avoid a ‘hard Brexit’ and hopes that the future relationship with the UK will be as close as possible.

In a statement, Sebastian Kurz said that he respects the decision of the British people and sees the departure as a loss of strength for the EU. The UK also is one of the leading destinations for exports from Austria.

Given that, a priority for the forthcoming negotiations will be to maintain a close partnership with the UK after Brexit in terms of trade and beyond.

Of course, Austria is a small country, and its influence will be small in terms of votes at the European level. But Sebastian Kurz is now the leader of one of the strongest constituent blocs of the European People’s Party (the party grouping in European Parliament) and many there will be open to his ideas.

Apart from that, the coalition ‘experiment’ in Austria may become a template for coalition formation elsewhere in Europe, most notably in Germany, where the Austrian situation will be closely followed.

Hence, the ideational influence of Austria’s new government on the direction of future EU politics should not be underestimated.

By Julia Partheymüller, Senior Scientist at the Vienna Center for Electoral Research (VieCER) at the University of Vienna.