The new Immigration Bill: closing the door on freedom of movement 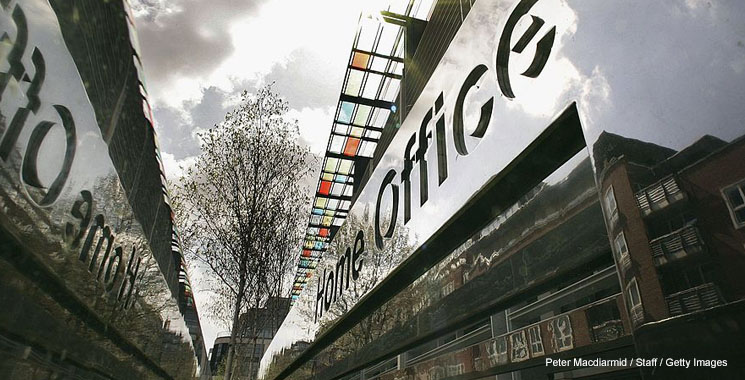 A new immigration bill is before Parliament. It is a game changer. If it becomes law, the UK’s immigration system will be transformed: freedom of movement will end, and EU citizens will be subject to the same immigration rules as citizens from the rest of the world.

That means that if the nearly four million EU citizens and their family members currently living in the UK would like to continue to stay in the country, they will have to acquire settled status.

Haven’t we seen this bill before?

In one sense, this is not a new bill. A near-identical bill was introduced  under Theresa May’s minority government in late 2018. It stalled after the Committee stage, and then fell when Parliament was prorogued in September 2019.

Its replacement received mention in the Queen’s Speech of December 2019, where it was stated that, ‘A modern, fair, points-based immigration system’ would be introduced, that ‘will welcome skilled workers from across the world to contribute to the United Kingdom’s economy, communities and public services.’

Apart from ending free movement, what else is there in the Bill?

Not much. The bill is short, running to just 18 pages. In addition to repealing EU free movement, the Bill also proposes to secure the right of Irish citizens to enter and reside in the UK freely after the Brexit transition period, without requiring permission, and regardless of what country they enter the UK from.

However, they can still under UK immigration law be made subject to an exclusion or deportation order.

The bill also contains provisions on ‘social security co-ordination’ with the EU, which will allow the government to implement after the transition period new rules on benefits and healthcare entitlements for EU citizens in the UK.

What does the Bill say about the future points-based immigration system?

Nothing. It contains no reference to the proposed points system. The government has stated that the details of that new system, including the requirements needed to come to the UK as a worker, student, or family member, will be laid out in the Immigration Rules later in 2020. For the time being, the most recent description we have of the UK’s post-Brexit immigration policy is the government’s February 2020 Policy Statement, on which more here.

What is the significance of the new points system being laid out in the Immigration Rules?

The actual criteria that govern whether a person may gain entry to the UK or be allowed to stay are specified in the Immigration Rules. The precise legal status of these is disputed, but they are sometimes considered to be a form of secondary legislation.

Unlike bills, the Immigration Rules are generally subject to only very limited parliamentary scrutiny, for two reasons. First, it is rare for time to be secured to debate them in Parliament. And second, packages of changes to the Immigration Rules tabled by the government cannot be amended.

If Parliament wants to reject new Immigration Rules, it must reject them in their entirety. This has happened on very few occasions.

The significance of all this is that the actual substance of the new points-based immigration system, by being laid down in the Immigration Rules, as per convention, will likely be subject to considerably less parliamentary scrutiny, and hence be less democratically accountable, than if they formed a part of a bill.

One particularly contentious part of the Bill is that it will give the Home Secretary the power to amend primary or secondary legislation through subsequent regulations (i.e., delegated legislation) if it is considered ‘appropriate in consequence of, or in connection with, any provision of’ the Bill.

If these subsequent regulations amend primary legislation, they must be approved by vote in both houses, which is known as the affirmative procedure. If these regulations amend only secondary legislation, they will be made and then may subsequently be annulled by either the Commons or Lords. This is known as the negative procedure.

The government has stated that the intention behind this power is to ensure that immigration law is coherent following the broad changes introduced by repealing free movement. There are numerous references to EU freedom of movement across UK immigration law, references which will be rendered meaningless by the Bill. It therefore makes sense, says the government, for such law to be adjusted once the Bill receives Royal Assent.

However, some organisations, such as the Joint Council for the Welfare of Immigrants, and the Immigration Law Practitioners’ Association, have raised concerns that this part of the Bill gives the Home Secretary too much power, without sufficient parliamentary oversight.

What are the Bill’s chances of success?

High. The Conservatives have a majority in Parliament of 80, and the Bill also has the support of the Democratic Unionist Party, which has eight MPs. Without a substantial rebellion – no Conservative MP voted against the Bill at Second Reading – free movement will end. Such a rebellion, while possible, seems unlikely.

Where does this leave us?

Put simply, the Bill is set to achieve one big thing. It will end EU freedom of movement.

And given the long-held power of the Government to change the Immigration Rules as they see fit, with little parliamentary scrutiny, the substance of the points-based system that is to replace freedom of movement may be little debated in Parliament.

Whether people see these states of affairs as positive or negative will likely depend on their position on Brexit and their trust in an incumbent government to manage immigration – without much input from the legislature.

By Peter Walsh, Researcher in Migration at the Migration Observatory. With thanks to Conor James McKinney of freemovement.org.