The new Tory leader will not necessarily become Prime Minister 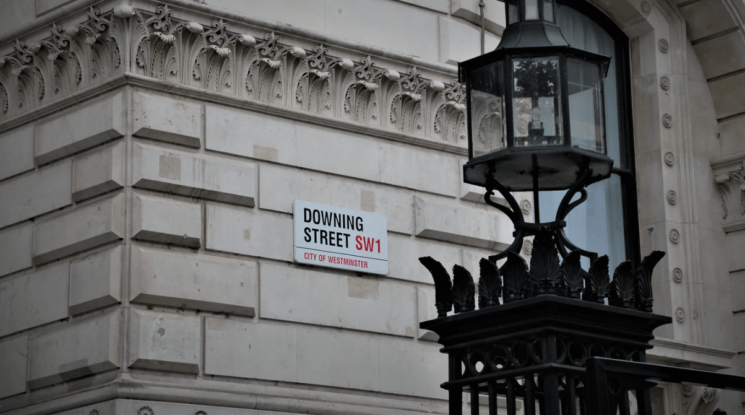 In a new blog published on the weekend, UK in a Changing Europe senior fellow Professor Meg Russell and Professor Robert Hazell from UCL set out six constitutional questions which will be raised following the election of the new Conservative party leader.

The first is to question the expectation that the new leader will automatically become Prime Minister: that depends on whether he can command the confidence of Parliament. The second is to question the wisdom of Parliament rising for the summer recess on 25 July, when its most important task is to test whether the new leader can command confidence, and to scrutinise his new Brexit strategy.

“Whether the new leader can command confidence may be in doubt if some Tory MPs decide not to support the new government”, said Professor Robert Hazell. “The government only has a majority of three.

“If there are serious doubts, the Queen may need to ask Theresa May to remain in office while Parliament determines who is best placed to command confidence. It is not for the Queen to make a guess. The Cabinet Manual makes it clear that responsibility falls on those involved in the political process, and in particular the incumbent Prime Minister as her principal adviser”.

“It seems extraordinary that Parliament should rise for the summer recess just two days after the election of the new Tory leader,” added Professor Meg Russell. “At a time of national crisis it is urgent to have an opportunity to test whether the new leader can command the confidence of Parliament.

“The House may need to sit into the following week if the new PM is to demonstrate confidence, and support for his Brexit strategy. Otherwise this will remain in doubt, which will invite immediate demands for parliament to be recalled, and also weaken his position when negotiating with the EU”.

Other questions covered in the blog are:

What if the new Prime Minister loses a confidence motion immediately, in July?

If the new PM loses a formal motion of no confidence, the Fixed Term Parliaments Act provides that if no alternative government can be formed within 14 days, Parliament is dissolved and elections held. Adding 14 days to the five weeks needed for the election campaign means that the election would be held in mid to late September.

What if the new Prime Minister loses a confidence motion later on, in September or October?

The most likely reason for losing confidence would be if the new PM is willing to leave the EU with no deal, and Parliament is determined to stop that. The new PM could abandon no deal to try to regain confidence; but he would need significant cross-party support to survive. Failing that, or the creation of a new government that commands confidence, a general election would follow.

If Parliament is then dissolved, could the election be held before 31 October? Could parliament run out of time to prevent ‘no deal’?

Only if Parliament voted no confidence in the first week in September, could the election be held before 31 October. If the election is not until November, the caretaker convention would require the PM to delay leaving with no deal, in order not to tie the hands of any future government. He would need to ask the EU for an extension beyond 31 October, and MPs could vote to reinforce that.

Should the Queen agree to prorogue Parliament, if asked by the new Prime Minister?

The PM can only give binding advice if he commands the confidence of Parliament. If it is not clear that he commands confidence, the Queen could ask the Prime Minister to reconsider, or to withdraw his request. A formal decision could be postponed until a confidence motion had been held.

By Professor Meg Russell and Professor Robert Hazell. A full version of this piece can be found on the Constitution Unit blog.