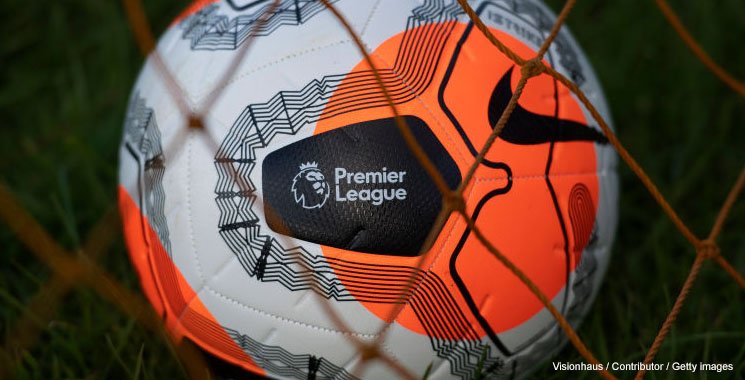 It is Thursday 2 June. The UK government is under increasing pressure in Westminster to explain why the Covid-19 death toll is considerably higher than that of other European nations. Yet Boris Johnson’s administration continues to enjoy broad public support.

The UK’s failings – from the strategic shift at the beginning of the pandemic, to delays in mass testing, to the cumulative effect of austerity – are so diffuse that no coherent narrative has cut through to voters.

Today was supposed to be the first of England’s warm-up games for Euro 2020. Yet while the nation feels an odd yearning for pain foretold but not experienced, there is at least a silver lining across Europe.

The Bundesliga has started up. Serie A is back. The floodlights have been turned on at the Allianz Arena. Cristiano Ronaldo is playing football. For millions across Europe it is a tantalising glimpse of normality: a soothing return to a weekly calendar they know and love.

In England, there is nothing – nothing except a rising bitterness at the sight of Italian and German football on their screens.

Keir Starmer may have been peppering the government with increasingly urgent questions on testing, tracing and shielding, but others subjects begin to focus the minds of tens of millions of Premier League fans.

Where is Mohamed Salah? Why is Harry Kane still locked in his house? What, exactly, is the reason our football is lagging behind – and who can we blame?

People have had a vague feeling for some time that other countries are doing things differently – those ubiquitous line graphs of death tolls emanating from Twitter have permeated the public psyche.

When the British public was asked at the end of April, nearly four times as many people thought Germany had handled the pandemic response better than their own government. Now, the evidence is painfully clear. Germany has its season up and running, and England does not.

The German response might have been expected. But the public thought the UK government had been just as equipped as the rest of Europe, and more equipped than the Italian government who were, after all, hit just as badly as the UK.

Why, then, does Serie A get its weekly ritual? “Slow, slow, slow,” as the new Labour leader Starmer has been saying of the government for some time.

The public had supported the lockdown measures introduced by the government, and the end of their weekly football ritual. Ending mass gatherings was the most popular lockdown measure of all.

Despite what Bill Shankly once said, few people think football is a more serious matter than questions of life and death. It would just be nice if football offered a distraction from those questions for 90 minutes

But, two months on, the peculiar absence of the Premier League – world football’s sparkly and obnoxious overlord – now creates an eerie vacuum. With the European game back underway, its frozen league table provides a monument to Britain’s failure to respond adequately to the pandemic.

This is a vision of the future that the Premier League would no doubt reject. “Project Restart” has mooted a prompt 8 June revival of the English game.

Yet as the Premier League has repeatedly warned, restarting football depends upon the government’s five tests being met on schedule.

This looks highly unlikely by June, despite strong support from a government keen on the national boost it would provide, both economic and psychological.

From players admitting they fear a return, to uneasiness among fans put off, there is growing opposition to the feasibility and morality of the current June 8 proposal.

Many feel English football is being rushed back too soon. This opposition is inextricably linked to the UK’s Covid-19 response being several weeks behind others in Europe.

The existence of competitive football elsewhere in Europe but not in the UK is not inevitable, but increasingly likely. In Italy and Germany, the disease is just now either under more control or more advanced than in the UK.

This may explain the increasing logistical support the Premier League is receiving from the UK government – an awareness of how a Premier League vacuum could expose the UK’s worrying idiosyncrasies in the fight against the virus.

It may also explain the weaker protocol for testing within “Project Restart” compared to the Serie A proposals.

And so, while plans to resume football in mainland Europe still face serious obstacles, it is likely that, at some point, Premier League will be the odd one out. At some point, English fans may look longingly across the Channel and wonder why things are different here.

The British people are always likely to remain broadly supportive of the government while the crisis is at its peak; communities will maintain a spirit of resolve amid a great unknown. There is currently no great clamour for an end to the lockdown, or loss of trust in the Johnson government.

The working assumption has been that governments might be ultimately judged on the comparative analysis of eventual death tolls. However, the judgement may yet be based on something far less important, but far more noticeable.

For millions of British football fans, the Premier League’s absence would be a tangible marker of the UK government’s failures.

On 2 April, the day Matt Hancock announced his target of 100,000 tests by the end of the month, he took a populist swipe at Premier League wages, using players as a scapegoat, a shield.

Irony indeed then if, it is the Premier League – as a manifestation of that testing failure – that finally sees the Health Secretary brutally exposed.

By Alan Wager, research associate at the UK in a Changing Europe and Alex Keble, freelance football journalist. This piece was originally published by the New Statesman.