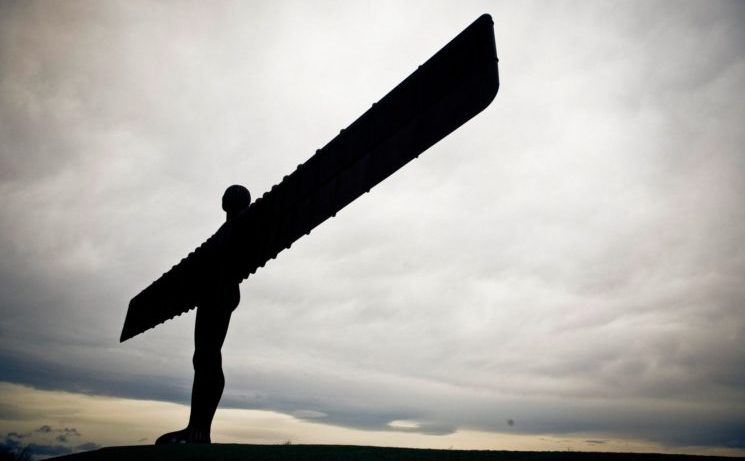 In their recent book ‘The North East after Brexit: Impact and Policy’, Liddle and Shutt highlight the importance of city leaders developing a stronger regional and sub-regional voice in the decade ahead.

Brexit cannot be regarded as a one-off episode, but part of an on-going process that will require both caution and continued vigilance if the UK government is to deliver on its declared promises to the British people.

Newly-elected MPs representing the North East have a duty on behalf of their constituents to continue to lobby central government on the shape of a future UK Spending Review, on the distribution mechanism for the UK Shared Prosperity Fund, and on the specific policy levers, such as the UK Industrial Strategy, that will rebalance the national economy and bring industry and new investment to the region, away from its concentration in London and the south east.

The future of the North East is far from certain after Brexit, and despite Boris Johnson’s assurance that ‘Brexit will be done by 31st January 2020’, it is clear that Brexit negotiations may not commence proper until the end of 2020.

The future economic situation is difficult to predict, despite a rise in sterling in the immediate aftermath of the general election, and the investment plans of large manufacturers such as Nissan hang in the balance.

The full consequences of Brexit may take years to play out and much is unknown on the types of trade deals the British government may secure in future negotiations.

It is also unclear if, and how, any future negotiations could directly benefit the North East, because recently elected Conservative MPs representing the region will have limited input into the Brexit process.

The region dominated by public services and public sector employment, and so may disproportionately feel the economic effects of Brexit, in comparison to southern regions.

Adding to the complexity is central government’s reliance on a growth model embodied in the UK Industrial Strategy, and uncertainty surrounding the stalled consultation on the shape of the UK Shared Prosperity Fund as a replacement for EU Funds.

All this reduces the capacity for city leaders to deal with on-going ‘wicked issues’, like deep-seated social problems and the environmental legacies of a former industrial past.

The vision for a future North East that knits together the Newcastle–Gateshead city region, and coalfield towns, cities and local communities is absent, as is a voice for the region as a whole.

The fixation on current growth models not entirely appropriate to the socio-economic profile of the region may further damage its future.

The levels of deprivation are accelerating – particularly the case in the Tees Valley and Blyth – and there needs to be a better assessment of some of the crucial issues facing leaders at regional, city, and community and neighbourhood levels.

The Northern Powerhouse Refreshed Strategy needs wider debate, and to be more inclusive if it is to deliver benefits for all its component parts.

The current governance fragmentation and obsession with large transport, police and NHS expenditure plans cannot solve the deep-rooted economic and social problems evident in local communities where a much better focus is required on education, training and local transport and social policy services.

Paradoxically, the shock of the Brexit vote, and the results of the general election, may re-energise the building of relationships between the North East and other sub-national regions across the EU.

Beyond London and the south east there has been a distinct lack of voice in the Brexit process, and sub-national organisations at times worked around central government to maintain discussions with EU institutions, and ensure their access to policy-making intelligence over the longer term.

Concerns continue that the power to influence in EU government affairs work will be pulled back (from cities and regions) to the centre in the UK, and that the sub-national voices will be difficult to maintain in Brussels beyond Brexit.

Local authorities, in particular, are thinking about how they may need to re-think their approach to ensure access to discussions and debates at the EU level that relate to local policy concerns.

With the loss of access to EU funds after Brexit, local government in particular is concerned that the opportunities for continued transnational dialogue may be radically curtailed and reduced to the level of the ‘town twinning’ activities.

At the same time, local government as the democratic local voice in England, fears being side-lined or cut out altogether by a re-energised centralising polity in London.

For example, as part of the proposed new UK industrial strategy, the government appears to favour prioritising the access of the Higher Education sector to resources that will allow universities in England to continue to participate in EU research programmes beyond Brexit, but there is insufficient attention paid to further education colleges and their future role.

After a decade of dealing with the impact on public services of austerity, local government in England in particular fears becoming marginalised by centralising forces at play in the negotiations around Brexit, and is looking to ensure that the local community voice is also heard at the decision-making table where research and development efforts can contribute more directly to local economic development, creativity and public service innovation.

Local government in England must re-think the ways in which it can exert a greater degree of territorial influence on UK-EU R&D governance and funding, perhaps by working through advocacy bodies such as EUROCITIES and C40.

There are concerns around continuing access over the medium term to EU ‘privileged insider’ policy and programme intelligence, and the personal relationships that are required to sustain this as the EU brings forward a new generation of sustainable development models and programmes through to 2030.

In a region like the North East of England links to Amsterdam, Rotterdam, Hamburg, Oslo and Gothenburg will remain crucial for economic futures and this will need to be debated in the year ahead in the context of Brexit.