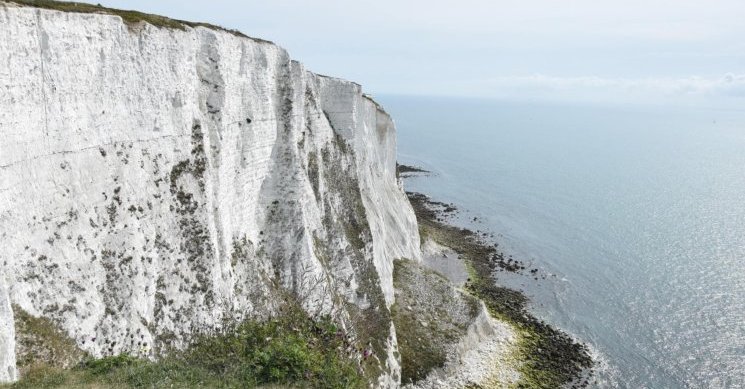 It’s crunch time, folks. The need for a clear decision from the UK government about a deal or no-deal Brexit scenario has never been more pressing.

Reading the Westminster runes, the UK, the Republic of Ireland, and the EU may finally be edging towards agreement on the Irish border. This would likely be part of a wider deal that keeps the entire UK temporarily within an EU customs structure.

Let’s be clear: Britain’s ability to engineer a decent departure from the EU depends heavily on border management. Customs are easier with fewer checks, far tougher with more checks, and tougher still when those checks have to be created from scratch.

Should Britain not agree a deal with the EU, its border will change overnight, requiring from March 2019 a host of new customs and VAT checks on all goods travelling between the EU and the UK, compliance checks on trading standards and possible passport checks as well.

At this stage of the game, the UK border is the starkest example of the deeply irreconcilable attempt to leave the EU politically, and simultaneously remain connected to it economically (even if temporarily).

In terms of producing a manageable UK-EU border, the stakes are undoubtedly highest in Ireland, with the risk of political unrest, economic volatility and even violence.

However, there are other border hotspots. Kent too hosts the British border, and is home to both the Ports of Dover and Folkestone: the two largest and most concentrated border points between Britain and Europe.

Here, failing to prepare adequately for any type of Brexit – particularly a ‘no-deal’ scenario – raises very real risks of genuine upheaval across the county, and the country beyond.

To clarify the full range of border issues facing Kent, and Britain,

The report’s goal is to present national and local decision-makers, stakeholders and citizens with an objective, accessible overview of the strategic challenges facing UK border management arising from possible Brexit scenarios.

Under preparation since late 2016, the report has been compiled with the support of a wide range of experts, including the Canterbury Centre for Policing Research, Kent Police, Kent Police and Crime Commissioner, Kent County Council’s Resilience Group, GetLink (Eurotunnel), Kent Trading Standards, Highways England, Port of Dover, UK Border Force and many more.

The report is divided into the five key areas most likely to see widespread impacts upon the county: Kent’s social and economic framework, UK and EU police and security, freight and transport logistics, border management and customs, and UK and European ports.

In each of these five areas, findings suggest that all actors involved in ‘border and beyond’ activities already face significant operational challenges on a ‘business as usual’ set-up.

However, Brexit scenarios which are based on an assumed shift of the UK (e.g. post-transition period) to outside the EU’s customs union and single market – will have clear security, logistical, transport and social impacts.

The findings also suggest that any reduction in overall preparation time between now and 29 March, 2019 will have a correspondingly profound impact on the ability of local actors and the wider population to deal with these changes, in both the immediate and long term, including:

Each section of the ‘Delivering a Brexit Border’ contains key Policy Suggestions.

These are aimed at improving the overall understanding – particularly amongst national decision-makers – of the short-term volatility, the mid-range instability, and the long-term uncertainty that will undoubtedly be felt across Kent as a ‘frontline county’, and the UK as a whole, should effective preparation not be ensured.

To be clear: the changes triggered by Britain leaving the EU will be felt first, hardest and longest at its borders.

Consequently, nowhere are preparations more important than at the border. From our perspective, the UK government has an undoubted and indisputable responsibility to the frontiers of its own state: starting with the complex inter-workings of the border itself.

Whether the UK is approaching a no-deal scenario, or a medium-term shift beyond the customs union, the UK government’s entire attention, energy and resources must now be poured into the host of customs, security and logistical challenges at Dover, Folkestone and Kent itself.

So what now? It should be a busy fortnight, during which the Prime Minister will likely push especially hard to finally achieve a Brexit deal this month.

On this basis, we welcome everyone with an interest in, and indeed oversight of, strategic border-related activities, to attend either of the two report launches on Tuesday, 13 November 2018.

This will take place in Portcullis House, the Wilson Room, between 10.30 am-12 noon and later the same day, at Old Sessions House, Longport, Canterbury Christ Church University, between 4.30pm – 6pm.

We hope the insights and findings of ‘Delivering a Brexit Border’ will shed light on the complex area of border management, while also renewing the focus on the community of Kent.