The ‘pathway to a possible deal’ runs through Stormont 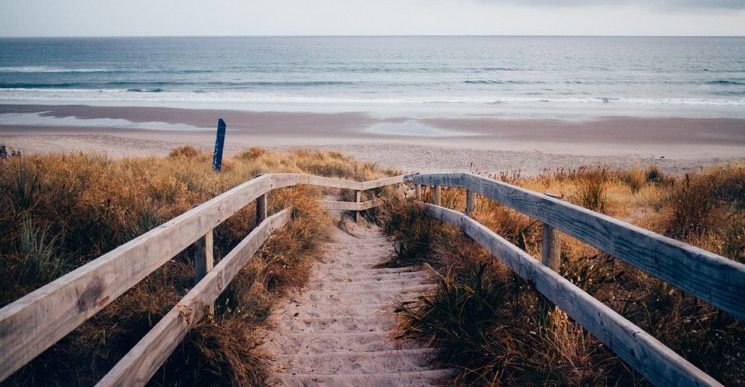 Is the solution to the Brexit conundrum, which has paralysed British politics for over three years, finally in sight? On 10 October, after a long conversation in the leafy grounds of Thornton Manor, near Liverpool, Boris Johnson and his Irish counterpart Leo Varadkar declared that they could ‘see a pathway to a possible deal’.

Neither side has since revealed the details of the possible compromise. However I see strong signs that the key breakthrough concerned the consent of the Northern Irish assembly and executive in Stormont.

Johnson initially proposed Stormont consent in a 2 October letter to Jean Claude Juncker, President of the European Commission. I think the Thornton Manor breakthrough may have been to extend the consent option to the Irish nationalist community in Northern Ireland (NI).

The core ideology of this hard-line party is to maintain full membership in the UK, and it is also deeply suspicious of links with the EU. The letter’s proposal that NI should remain within the EU single market for goods was therefore toxic for them: not only would NI have to accept EU regulations on issues such as product standards and food safety, but there would have to be quite intrusive checks on goods crossing the Irish Sea to and from Britain. This was, as Johnson’s letter admitted, ‘a significant democratic problem’.

At the same time, though, the  DUP welcomed the ‘consent’ element of the plan, under which Stormont had to give its consent to the initial deal and then renew it every four years. Effectively this stood to give the DUP a veto over the rest of the proposals.

Meanwhile, EU leaders and the Republic of Ireland quickly rejected Johnson’s plan. Particularly objectionable was his proposed customs border between NI and the Irish Republic. The letter’s proposal of ‘decentralised’ customs checks and electronic paperwork were seen to merely rehash the various alternative arrangements and technological fixes that hard Brexeteers have long offered as a solution to the hard border problem, but which the  EU has always seen these ideas as unicorns.

So Did Varadkar compromise at Thornton Manor, finally accepting a customs border on the island of Ireland? This would avoid no deal Brexit – considered a nightmare scenario for Ireland in economic terms but also for the Northern Irish peace process – but I consider this unlikely for at least four reasons.

First, the EU and Ireland have held their nerve so far for three years in their game of chicken with the UK government. Second, they still hold stronger cards than London, and are backed by a majority in the Commons that appears determined to block no deal.

Third, the DUP welcomed Johnson’s letter but the BBC report that they are the last remaining obstacle to Johnson’s deal with the EU. This suggests a compromise by Johnson at Thornton Manor that specifically affects NI.

The fourth and strongest reason to think it was Johnson that shifted position is that his proposal of a consent process for NI is one of the most original ideas to emerge since Theresa May’s deal was agreed in December 2018. If tweaked in two ways to make it more agreeable to the EU, it might unlock the deadlock.

The first tweak is to include NI in the EU customs union as well as the single market.

The second tweak is the key, however: Stormont’s consent would be required to leave the customs union and single market, rather than to remain within it.

This would give elected UK representatives the right to end the backstop, as Brexiteers have always demanded. In effect however, it would retain the backstop indefinitely because Stormont’s non-majoritarian ‘consociational’ decision-making arrangements would give the Irish nationalist community a veto on leaving it.

A third of elected NI Assembly members can demand to trigger a cross-community vote on any issue, requiring majorities among both the Irish and UK nationalist parties. Almost 90% of self-identified Irish nationalists in NI voted against Brexit in the referendum, and 58.4% of respondents in a recent NI poll, supported a customs border on the Irish Sea.

Theresa May’s backstop largely failed because it established a stark political choice between Britain’s free-trading future and the NI peace process. Johnson’s letter and the probable Thornton Manor compromise both bracket the backstop as a NI problem that should not block a wider EU-Britain arrangement.

The question is whether the DUP has been so weakened that they cannot or will not block this approach. Unlike in Theresa May’s time, they are no longer the lynchpin of a Commons majority.

Conservative Brexiteers have an established tradition of treating the DUP as arbiters for accepting the constitutional implications of any deal for NI. However Johnson’s letter removed the all-UK backstop that pro-Brexit Tories hated. Britain (without NI) can therefore leave the customs union and pursue trade deals with countries around the world.

A Commons vote on Johnson’s deal with the EU will test whether this matters more to Conservative MPs than loyalty to the DUP. Polls also suggest that unionists in NI are deeply unhappy with the DUP’s handling of Brexit.

Stormont consent is key to giving democratic legitimacy to the ‘Northern Irlandisation’ of the backstop, but the compromise I have outlined would leave NI with a severe democratic deficit. It would be subject to EU customs union and single market rules that it would not contribute to making.

A potential solution was suggested as far back as December 2016 however. Why not allow NI to remain a member of the EU in its own right, as it voted to do in 2016? A precedent exists.

Part of the Kingdom of Denmark (Denmark) is in the EU but the Faeroe Islands and Greenland remain outside. This may however be too radical a step for the DUP, as well as for EU member state with their own separatism issues, like Spain. Indeed, given the precedent it would set for Scotland, it would be likely be too much for Westminster.

By Richard McMahon lectures on EU politics at University College London. He has previously worked as a Brussels-based journalist of EU affairs and taught politics, history and European Studies in Ireland, the UK and Germany.