‘The People’s Government’: taking back control 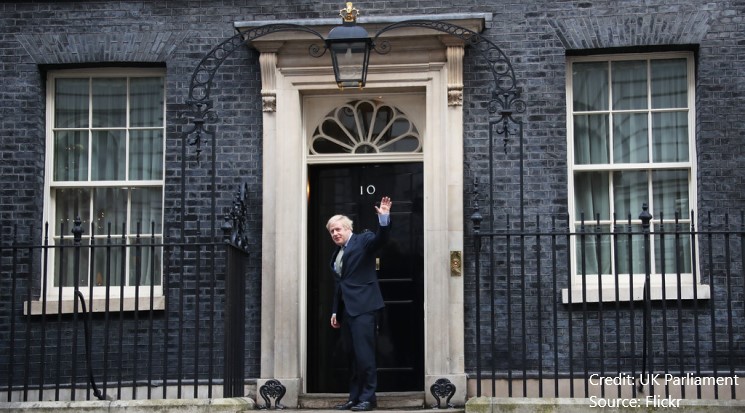 Theresa May said that Brexit would mean that the UK is taking back control of ‘our money, laws and borders’ which suggested that control was linked to the exercise of repatriated competences, presumably by Parliament.

However, the failure by Theresa May’s government to deliver Brexit suggested that taking back control would not be straightforward, especially when Parliament seemed less than enthusiastic to grasp the opportunity to restore sovereignty.

MPs elected in 2017, sitting in what was commonly referred to as a ‘Remainer Parliament’, used the absence of a government majority to take control of Parliament and frustrate rather than embrace the Brexit process.

For Theresa May taking back control meant daily procedural shenanigans and legislative stagnation leading to what dubbed as a ‘zombie Parliament’.

But, on 12 December 2019, the UK’s political landscape changed, and with it so has the constitutional relationship between the executive and Parliament.

The general election result, delivering an 80 seat Conservative majority, signals that for the lifetime of this Parliament, and especially in the context of Brexit, ‘taking back control’ means executive rather than parliamentary dominance.

This message is very clearly demonstrated by slogan behind Johnson as he gave his victory speech: ‘The People’s Government’.

This shows the Prime Minister drawing on the successful election campaign message which set the contest up as the battle of ‘The People vs. Parliament’, with the implication that during the Brexit process thus far Parliament had consistently blocked the will of the people.

But it’s important to note that all this – being on the side of ‘The People’, ‘taking back control’, ‘getting Brexit done’ – means it is his government, and not Parliament, which will direct the Brexit process.

Leaving the EU and repatriating competences was thought to be about restoring parliamentary sovereignty, but it’s ‘The People’s Government’, drawing its power directly from the will of the people, that will be the real beneficiary of these new powers.

What will this mean in practice?

As the Prime Minister said countless times during the campaign the deal is ‘oven-ready’, and with a large majority, passing this legislation should not present any parliamentary challenges.

Leaving with this deal means the UK enters in to a transition period until 31 December 2020, during which time the government and EU will try to negotiate the future trade relationship.

However, common wisdom suggests that the future UK-EU agreement is very unlikely to be completed in sufficient time for it to come in to force on 1 January 2021.

In reality the agreement will need to be negotiated by the end of June 2020 to enable ratification not only by the UK Parliament, but also by the European Parliament and national parliaments of the EU27. A very tall order indeed.

This raises the question of whether the UK will ask for an extension to the transition period in order to avoid a future no-deal scenario.

The decision to seek an extension to the transition period is, under the Withdrawal Agreement, exclusively one for the executive.

Unlike triggering Article 50, which the Supreme Court held required parliamentary consent, no such consent is required. Nor is it likely that Parliament could compel the government to seek such an extension.

In this coming Parliament it is highly improbable, if not impossible, for a cross-party group of MPs to take over the parliamentary order paper and pass legislation forcing the government to seek an extension to the transition period in the same way that the Benn Act required an Article 50 extension.

The days of cross-party parliamentary co-operation on Brexit are over, and with this ‘The People’s Government’ will be firmly in control.

The executive will point to the Withdrawal Agreement Bill’s inclusion of parliamentary safeguards for scrutiny of the negotiations for the future UK-EU relationship as an opportunity for parliamentary influence.

Before negotiations can begin, the government is under a duty to make a statement on the objectives of those negotiations.

Ministers must then put that statement to a vote in the House of Commons for approval and move a motion for the House of Lords to take note of the statement.

If the Commons does not grant its approval, the negotiations for this second phase cannot begin. In theory, this appears to provide Parliament with a veto over these negotiations.

However, this Bill was drafted during the 2017-19 Parliament, where promises of improved parliamentary oversight were regularly given to secure cross-party support for Brexit legislation when the government had no majority.

These provisions will remain in the Bill when it returns to Commons and will be heralded as mechanisms for parliamentary control over the future relationship process.

But, the government’s majority means that such provisions will have minimal impact upon Parliament’s ability to materially influence the negotiations.

In particular, the absence of cross-party consensus on key issues such as continued UK regulatory alignment with EU laws on environmental protection or employment rights will further enable ‘The People’s Government’ to pursue its own policy agenda.

The next few months will demonstrate to what extent ‘The People’s Government’ delivers its Brexit promises.

But, in doing so it should also be aware that positioning itself as ‘The People’s Government’ may be a double-edged sword.

In a Parliament where the executive is strong, and is backed by a large majority, it will no longer be able to blame Parliament if its Brexit policies fail to be delivered.

By Professor Adam Cygan, Research Leader at The UK in Changing Europe and Principal Investigator on the ESRC Parties, Parliament and the Brexit Process – Election 2019 project.