The pluses – and minuses – of ‘Norway Plus’ 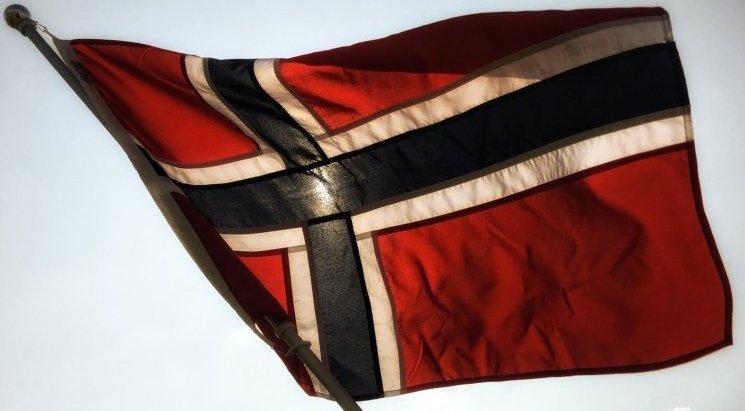 “What we want is a bespoke outcome: We’ll probably start with the best of Canada, the best of Japan and the best of South Korea and then add to that the bits that are missing, which is services,” David Davis told the BBC’s Andrew Marr in December 2017. “Canada plus plus plus would be one way of putting it,” the Brexit Secretary added.

After ‘satisfactory progress’ was made in the first round of talks, this was the first major hint at what the UK would be seeking in its future relationship with the EU. But is a ‘Canada plus plus plus’ option available?

On the face of it, no. Responding directly to Mr Davis’s suggestion, the EU’s Chief Negotiator warned that, “There is not a single trade agreement that is open to financial services. It doesn’t exist.” Illustrating his point, Michel Barnier presented this slide to heads of state and government at the European Council on 15 December: 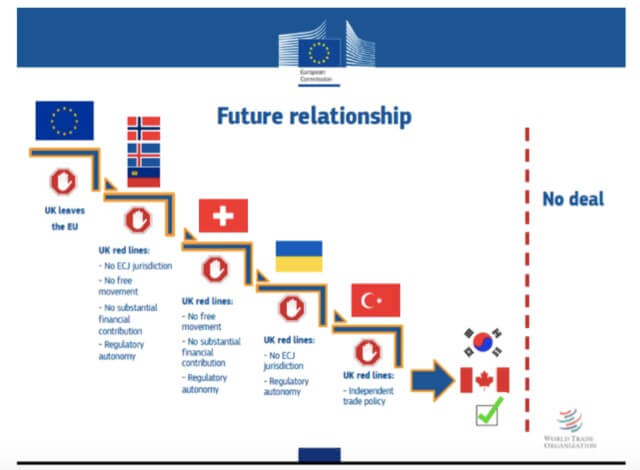 It provides a striking summary of the range of existing relationships between the EU and third-party states, mapped alongside the UK’s publicly stated ‘red lines’.

The UK has made clear that it will not accept some of the obligations of deeper types of relationship, while the EU insists that the UK cannot enjoy a special deal that is more favourable than the terms of existing deals.

This is where things have become more complicated in recent weeks. Just as members of the government have touted different degrees of possible divergence from the status quo, so too have different leaders from the EU27.

The Italian Economic Minister, Carlo Calenda, told Bloomberg earlier this month that “Canada plus plus plus will be the minimum that we need to achieve.”

Meanwhile, speaking to Andrew Marr, President Macron of France gave the strongest hint yet that a bespoke deal could be on the horizon. “You will have your own solution,” he predicted. However, the French President added a crucial caveat: “This ‘special’ [deal] should be consistent with the preservation of the single market and [the EU’s] collective interests.”

What could this entail in practice? Addressing the World Economic Forum in Davos, Irish Taoiseach Leo Varadkar suggested that it could be possible to reach a “specific agreement” between the UK and EU for which “there is no precedent.”

This, he proposed, would be ‘Norway plus’. Reflecting Ireland’s own economic and political interests, the Taoiseach was keen to point out that he wanted any future relationship between the UK and EU “to be as close as possible. … But we need to get into the detail of what that means.”

The trouble is, when other leaders from the EU27 speak in terms of ‘pluses’, UK government ministers tend to hear them in terms of ‘minuses’. The Taoiseach, for example, also emphasised in Davos that the UK would not be able to simply “cherry pick” which obligations to respect and which could simply be ignored. This goes back to Michel Barnier’s PowerPoint slide: the closer the relationship with the EU, the more obligations to be respected – obligations that are currently beyond the UK’s red lines.

An off-the-shelf Norway-style deal could involve the UK retaining access to the single market via the European Economic Area. But, as Emmanuel Macron emphasised, this would require the acceptance of the four freedoms – including freedom of movement of labour – and accompanying court rulings.”

The UK government has repeatedly stated that both elements would be unacceptable if it is to meaningfully ‘take back control’ from the EU.

Even a Norway-style deal, however, would still be insufficient to address the issue of the Irish border. Norway is not part of the EU’s customs union, necessitating some ten customs stations along its 1,630km long border with Sweden.

All six road crossings at its border with Finland have customs checkpoints. Perhaps this is what the Taoiseach meant when he advocated a ‘Norway plus’ deal: the UK would continue to participate in the single market and retain a customs union with the EU.

A notable stumbling block is that by remaining in the customs union, the UK would be restricted in its ability to strike future bilateral trade deals with other countries. This would run contrary to the British government’s key goal of “seizing the opportunities” of Brexit by negotiating new free trade agreements beyond the EU.

When the next phase of negotiations commence in March, these tensions will need to be resolved. If the UK is to get the ‘pluses’ it wants from a new relationship with the EU, it will need to decide whether its red lines are painted in bold scarlet or a milder pink. “It is in their hands how close they want the partnership to be,” the German Chancellor insists.

By that, she isn’t ruling out the possibility of a bespoke deal. As other EU27 leaders are open to suggesting, there seems to be room on the shelf for a new kind of arrangement. But by ‘bespoke’ they do not mean there is room on the shelf for both a cake and an eaten cake. There are choices to be made.