The politics of Brexit in Scotland 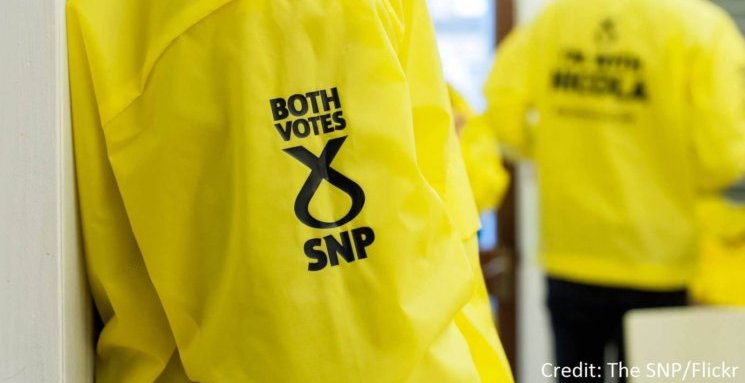 At first glance, the outcome of the EU referendum underlined the fragility of Scotland’s political links with the rest of the UK. Whereas England and Wales voted, albeit narrowly, in favour of leaving the EU, Scotland voted by 62% to 38% in favour of remaining.

Indeed, it was little wonder that the first reaction of the First Minister, Nicola Sturgeon, was that the outcome put the question of Scotland’s constitutional status back ‘on the table’.

After all, from her perspective nothing could more clearly demonstrate the validity of the nationalist argument that Scotland’s ‘democratic wishes’ are always at risk of being overturned for as long as it remains part of the UK.

However, this perspective was based on what has proven to be a false presumption – that support for remaining in the EU would become synonymous with support for independence and vice-versa.

In practice this was far from being the case in June 2016 and it is still not the case nearly two years later. It is this that helps explain the political difficulties that have beset the SNP in the wake of the EU referendum.

Although since the early 1990s the SNP’s vision of independence has been one of ‘independence in Europe’, there has always been a minority of the party’s supporters who appeared to take the view that there was little point in wresting power back from London only then to hand sovereignty over to Brussels.

Those who adopted that view were clearly in evidence in the EU referendum. According to the British Election Study internet panel, around a third of those who voted SNP in 2015 voted to leave the EU.

Equally, both that panel and the 2016 Scottish Social Attitudes survey found that 37-38% of those who voted for the SNP in the Scottish Parliament election held just weeks before the EU ballot went on to vote Leave. Instead of helping to unite Scotland around the cause of independence, the outcome of the EU referendum potentially threatened the stability of the support base of the SNP.

This became apparent in the snap general election in June. Of course, the SNP would always have difficulty defending the high-water mark of its performance in the 2015 general election, when the party won almost exactly half of all votes cast north of the border.

Only 56% of those who voted SNP in 2015 and Leave in 2016 backed the party in 2017. As many as one in five of them even switched to the ardently pro-Union Conservatives, who despite the pro-Remain stance of their Scottish leader, Ruth Davidson, found it much easier to win the support of Leave than Remain supporters in the election – just as proved to be the case for the Conservatives south of the border too.

The difficulty that the SNP’s pro-EU stance created for the party in the 2017 election was also evident in the pattern of the constituency results.

The equivalent figures for those seats located in areas where more than 45% voted Yes are 14.2 and 15.2 respectively. The clearest demonstration of the difficulty created for the SNP by the behaviour of voters in more Leave-inclined areas was the spectacular defeat of Alex Salmond in Banff & Buchan, the Scottish constituency with the highest Leave vote in 2016.

The vote for the party’s former leader and First Minister fell by as much as 21.2 points – while the Conservatives recorded one of their strongest advances anywhere in Scotland.

The electoral reversal that the party suffered in the general election soon persuaded Nicola Sturgeon to hold back, for the time being at least, from pursuing a second independence referendum, even though only just a few weeks earlier she had persuaded the Scottish Parliament to vote in favour of asking the UK Parliament for the authority to hold a second ballot.

In part, at least, that reverse was occasioned by the fact that, rather than creating a bandwagon in favour of independence, Brexit served to expose a fissure in the nationalist movement that Nicola Sturgeon has struggled to straddle. Brexit has, perhaps, turned out to be more of a problem for the First Minister than an opportunity.

By Sir John Curtice, Brexit research leader at The UK in a Changing Europe. You can find a full copy of our Brexit: Local and Devolved Government report here.