The politics of Brexit will have far-reaching consequences for Britain 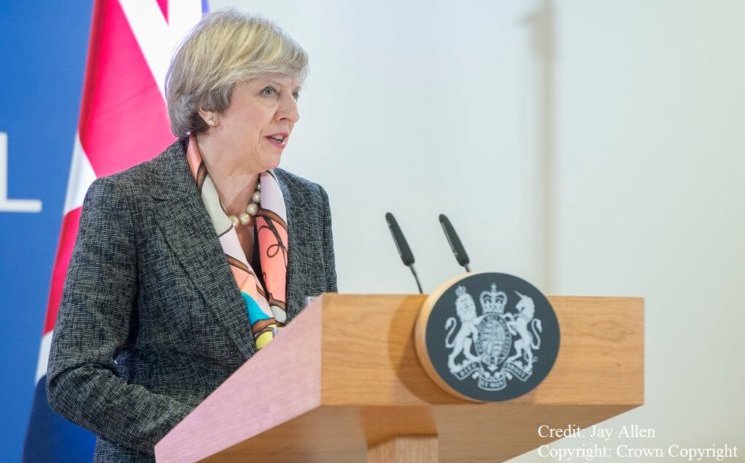 Theresa May is about to navigate the greatest shift in the UK’s politics and world role since the Second World War. To date, her priority has been domestic politics.

She aims to silence Eurosceptic Conservatives and stop – or perhaps blow out of the water for all time – the electoral threat of UKIP. To meet these ends, her goals are exit from the single market but with access to it in some sectors; withdrawal from the customs union and creation of free trade agreements with the EU and third countries; the termination of free movement from the EU and the end of the jurisdiction of the European Court of Justice in the UK.

The House of Commons did very little substantially to question these objectives. The government promised a Parliamentary vote on the final arrangements, but then indicated that the vote would be on a ‘take it or leave it’ basis. It stated it will prioritise a deal for EU nationals living in this country, but will not unilaterally guarantee their rights.

The Commons’ reluctance to challenge May was chiefly because Jeremy Corbyn’s Labour leadership is ambivalent about the principle of Britain’s EU membership; and because MPs in leave-majority-voting constituencies often feel they should not combat the ‘will of the people’. With Labour so uncertain, the incentives for Conservative Remainers to contest government strategy have diminished. There is no serious alternative to rally them, and they feel they have more influence from inside their camp.

The House of Lords did more to call the government to account. On 1 March, the Lords backed an amendment with a majority of 102, to guarantee after Brexit the residence rights of EU citizens now living in Britain.  On 7 March, they voted 366-268 in favour of what is effectively a parliamentary veto on the final deal.

The Lords have been stronger in their challenge partly because of Liberal Democrat influence and because Labour peers are less constrained by Corbyn’s politics. They see themselves as carrying out their democratic duty to scrutinise legislation and to ensure that Parliament is sovereign.

In addition, they know that their hand is limited. They have been careful, and have not voted to insist the government remain in the single market, nor hold a second referendum. All they can do is send legislation back to the Commons. They have little appetite to create a constitutional crisis.

Theresa May, therefore, looks set to trigger article 50 imminently. Her negotiating strategy is a break with Britain’s previous diplomacy with the EU, as was apparent when Britain’s Ambassador to the EU, Sir Ivan Rogers, resigned. May seems to be basing Britain’s approach on two notions: that the EU stand to lose, both politically and economically, from a bad deal with Britain; and that because Britain is leaving, its bargaining position is less constrained than hitherto.

When, for example, Margaret Thatcher settled the level of Britain’s budgetary rebate from the European Economic Community, she was mindful that she did not want Britain to be on the outer edge in a two-speed Europe. Perhaps David Cameron could have got a better deal if the EU had taken the prospect of Britain’s departure more seriously.

In these presumptions, as Charles Grant from the Centre for European Reform has shown, May probably overestimates Britain’s economic clout. The EU has the bigger market, and Britain relies more on trade with the EU than vice versa. The government might also underestimate the fact that, if necessary, the EU will prioritise its unity at Britain’s expense.

May wants to negotiate concurrently the withdrawal process and a subsequent trade deal. EU countries have stressed that withdrawal will take two years, and only then can negotiations on a trade deal begin. Consequently, Britain needs transitional arrangements. The EU will want the UK to commit to paying what it owes the EU in an ‘exit bill’, and little has yet been done in Britain to prepare public opinion for this.

It is possible that May will get the deal she seeks. With goodwill and a benign international environment, she could secure a transition that arranges free trade and enough access to the single market at a politically palatable price, keep the UK together and destroy UKIP.

However, EU countries’ abilities to disregard their own domestic constituencies are no more assured than Britain’s. Thus, at the time of writing it seems probable that talks will stall, and Britain could end up reverting to WTO trading rules, with or without a withdrawal arrangement.

Whichever outcome, leaving the EU in the way May proposes will be a resolute change in Britain’s world role. The debate about Britain’s post-EU future has been conducted in terms of the economic costs and benefits, but its long lasting effects will also be political.

May’s vision is born of necessity, but her approach gives pointers as to how she regards Britain’s international stance post-EU membership, and how she sees the future shape of UK domestic politics.

Her conception of Britain’s sovereignty seems to prioritise the authority of the executive. She formulates strategy with a small group of advisers. In the ‘Great Repeal Bill’, to transpose EU law into British domestic law, the Lords have urged for proper scrutiny. The government, they warn, must not give itself power unilaterally to choose which laws it wants to keep and which it can dismiss or change.

May’s stance also suggests the dominance of Westminster in relation to the devolved assemblies. Even if Scotland either does not in the end hold, or the Scottish National Party loses, a second independence referendum, the devolution settlement is likely to be strained.

Internationally, May appears to see the roots of Britain’s influence in its military strength, financial services and commitment to free trade. The first has significant value, but Donald Trump’s election puts Britain in a difficult position in relation to its EU partners. Finance and free trade are obviously important – and were before the referendum – but will be strenuously tested by Brexit.

May’s response to the Lords’ amendments indicates that she still regards challenges to the government as attempts to ‘stop Brexit’ and bind the government’s hands. As negotiations begin, and as the SNP move towards a second referendum, she could wish she had more room for manoeuvre.

Party politics have come first for both Labour and the Conservatives, but for Britain’s future, there has in peacetime rarely been more at stake.