Brexit – six months on: The politics 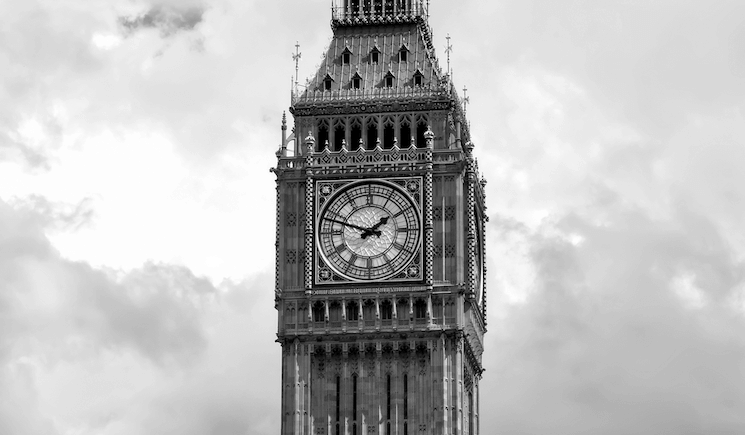 Parliamentary opinion was arguably an important factor behind the referendum outcome. Although David Cameron’s renegotiation of British EU membership was intended in part to bring undecided Conservative MPs over to ‘Remain’, in the event 138 Conservative MPs backed ‘Leave’ – many more than senior civil servants had privately expected.

Nevertheless, a clear majority of MPs favoured remaining within the EU. Of the 650 MPs, 479 are reckoned to have backed ‘Remain’ – including more than half of Conservative MPs.

By backing ‘Remain’, many MPs in England and Wales were at odds with their constituents. Chris Hanretty’s research has suggested that 400 of the 574 English and Welsh constituencies voted to leave. Meanwhile, John Curtice’s analysis of post-referendum polling by YouGov and Lord Ashcroft suggests significantly fewer than 50% of 2015 Conservative voters backed ‘Remain’, while significantly more than 30% of Labour voters backed ‘Leave’. Especially for pro-‘Remain’ MPs, therefore, the referendum result raised difficult questions about the role of MPs and Parliament in general, and about their own position vis-à-vis their constituencies, now and in future.

The post-referendum period has seen MPs re-evaluating their positions, most importantly on immigration. This has been driven by not only the referendum result but also the available evidence about the state of post-referendum public opinion (as discussed in John Curtice’s contribution here), continued campaigning by former ‘Leave’ leaders and newspapers and – for Conservatives – the formation of Theresa May’s ‘Brexit means Brexit’ government.

Labour MPs in the party’s traditional heartlands are especially vulnerable to the immigration-based challenge from UKIP, which came second to Labour in 44 seats in the 2015 General Election. UKIP’s new leader Paul Nuttall was quick to state his ambition to ‘replace the Labour Party’. Initial research by Matthew Goodwin has identified 20 constituencies where Labour is most vulnerable to the UKIP challenge, on the basis that they have relatively small Labour majorities, voted ‘Leave’, and made UKIP second or a close third in 2015.

Reflecting this pressure, some high-profile Labour politicians have shifted their pre-referendum stance. Centrist pro-‘Remain’ MPs including Emma Reynolds, Stephen Kinnock and Rachel Reeves have publicly backed limiting free movement, while Chuka Umunna has argued that loss of single market membership is a price worth paying if necessary to end free movement. Meanwhile, Labour Deputy Leader Tom Watson has insisted that Labour has no intention of blocking Brexit, while castigating the Liberal Democrats as ‘Brexit deniers’. However, with Labour in disarray, the Liberal Democrats sense the potential for a comeback as the voice of the ‘48-ers’, especially after their shock win in the early December Richmond by – election.

Conservative MPs have also been quick to adjust to the new reality under a Prime Minister committed to showing that ‘Brexit means Brexit’. It has been striking to see how former Remainers among Conservative MPs have swung behind the prospect of even a ‘hard’ Brexit. For example, as Jonathan Portes discusses in his contribution, new Home Secretary Amber Rudd, formerly a prominent ‘Remain’ campaigner, promised the Conservative Party conference in October to reduce immigration from the EU – which implies an end to the current EU free movement regime – as well as tighten the regime for work and student immigration from elsewhere.

Some interpreted the Richmond by-election – which saw the Liberal Democrats overturn a Conservative majority of over 23,000, after a campaign fought largely on Brexit – as a sea change in these politics. But Richmond is an affluent London seat, hardly representative of the rest of the country. The Liberal Democrats would be unable to throw the kinds of resources they invested in ousting Zac Goldsmith into all constituencies in a general election. And the addition of one more Liberal Democrat MP does not alter the parliamentary balance of power. The long- term implications of the Richmond result will likely not be as great as many are suggesting.

The immediate prospects for Parliament rest on the outcome of the Government’s appeal to the Supreme Court on whether the legislature must authorise the triggering of Article 50, to start the UK’s formal EU withdrawal process. The Supreme Court is expected to rule in January. Assuming, as is likely, that the Supreme Court upholds the High Court verdict, and that Parliament will therefore be required to vote, the Government must pass a hasty bill before the end of March.

Any post-Richmond uptick in confidence among former ‘Remain’ MPs might embolden a few more to oppose an Article 50 authorisation bill. However, the logic of post-referendum politics outlined above means that most MPs will back the legislation. Even pro-‘Remain’ members of the House of Lords will think twice before being seen to block Brexit. The same logic will apply to whatever amendments Parliament might make to the Government bill, although parliamentarians will at least seek to use their leverage to force the Government into greater transparency. Much depends on whether the large number of MPs – including most Labour MPs – who supported ‘Remain’ but do not want to be seen to block Brexit can unite behind a coherent position.

However, the tight two-year Article 50 timetable, the likely nature of the Brexit negotiations (complex and probably last-minute), and MPs’ unfamiliarity with many of the issues in play will all constrain Parliament’s ability to exercise significant influence over the final Brexit deal until it is too late, and Parliament is presented with a ‘take-it-or-leave it’ choice in early 2019.

Brexit and the new politics

Any difficulties the Government has in getting Brexit legislation through Parliament may not necessarily weaken the Conservatives’ overall electoral prospects. As matters stand, the abject weakness of the Labour Party presents the Conservatives with a rare opportunity to plan for the long term, confident that they will win the 2020 General Election.

Indeed, the Conservative Government is signalling its desire to try to attract former Labour voters, with its appeals to those who are ‘just about managing’. Achieving an exit from the EU that ends freedom of movement could form a logical part of this strategy. Much will hinge on whether UKIP under its new leader can reassert itself in the battle for these voters; but such a resurgence would harm Labour as well as the Conservatives. Without even considering Scotland, therefore, we can see that Brexit is partly a function of, but is also partly bringing about, a new UK political landscape.

Anand Menon is the director of The UK in a Changing Europe.