The politics of the Northern Ireland Protocol 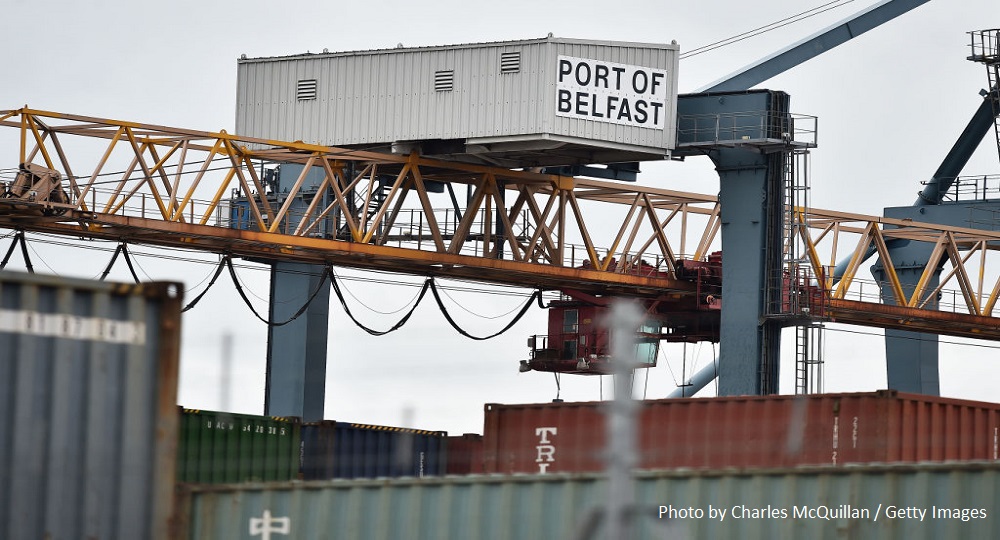 The co-chairs of the UK-EU Joint Committee, Michael Gove and Maroš Šefčovič, held an emergency meeting last week to ‘find solutions to outstanding issues’ arising from the implementation of the Northern Ireland Protocol.

The meeting was held in the wake of the European Commission’s short-lived and universally condemned invocation of the Article 16 ‘safeguard’ measure in the Protocol that allows its provisions to be disapplied or overridden in the event of ‘serious economic, societal or environmental difficulties’.

Ahead of the meeting, Gove urged his EU counterpart to extend existing waivers on some of the checks required under the Protocol on goods moving between Great Britain and Northern Ireland until 2023.

Citing the ‘overwhelming reaction’ in Northern Ireland to the Commission’s near use of Article 16, Gove said the Government would seek ‘urgent resolution’ to disruptive effects of the Protocol on the flow of goods into Northern Ireland, and expressed a willingness to ‘consider using all instruments at its disposal’ if this did not prove possible.

Once again, the outcome of UK-EU negotiations are set to significantly impact the lives of people in Northern Ireland. As we wait to see if solutions can be found, the political repercussions of this latest EU-UK row are already taking effect in Northern Ireland.

How we got here: Article 16, AstraZeneca and community tensions

Before the European Commission’s near-use of Article 16, calls on the UK Government to ‘unilaterally’ invoke the safeguard measure from some in the Democratic Unionist Party (DUP) had been broadly disregarded.

The Prime Minister had described difficulties caused by new GB–NI checks as ‘teething problems’. Taking a more moderate line than some in her party, First Minister Arlene Foster had spoken of the need to ‘mitigate against’ negative effects of the Protocol but not get rid of it entirely.

Fixes and workarounds were being devised by Northern Ireland businesses, the UK Government and EU officials who were working together to ‘mitigate’ issues as they arose in the opening weeks of the year.

Progress had already been made on a VAT mark-up on second-hand cars, high tariffs on steel imports and so-called ‘groupage’ problems with mixed loads.

Then came AstraZeneca and the European Commission.

Embroiled in a dispute with AstraZeneca over the supply of vaccines, the European Commission’s decision to use Article 16 to prevent the hypothetical (and unlikely) scenario of vaccines leaving the EU for the UK via Northern Ireland ignited an already strained situation on the ground.

On 1 February council staff and EU officials carrying out checks at ports in Larne and Belfast were told not to attend their workplace due to security concerns.

On 2 February the DUP announced a Five-Point Plan to ‘free’ Northern Ireland from the Protocol.

On 3 February loyalist representatives spoke of their willingness to ‘physically fight’ if a political solution to the Protocol could not be found, and the Prime Minister said the UK would do ‘everything we need to do’ to protect Northern Ireland businesses from an Irish Sea border (which, incidentally, his Secretary of State does not believe exists).

On 4 February the Chief Constable of the PSNI asked the public in Northern Ireland to ‘step back from the brink’, describing ‘rising community tensions’ and a ‘febrile’ atmosphere.

None of these developments were inevitable, but what has unfolded in the last week is exactly the kind of scenario the Protocol was designed to prevent.

A ratcheting up of the rhetoric on the part of Unionists in general and the DUP in particular could backfire. It is worth noting that Northern Ireland politicians have very little power to influence how the Protocol is or is not implemented.

The EU (Withdrawal Agreement) Act 2020 gives the Protocol direct effect in UK law and there is no international or domestic legal requirement for Northern Ireland to be represented on either the UK-EU Joint Committee, the IRE/NI Specialised Committee or the (yet to be convened) Joint Consultative Working Group all set up to oversee its enforcement.

By raising expectations about the possibility of disapplying, replacing or substantially revising the Protocol, politicians in Northern Ireland are at risk of making promises that they have no capacity to keep.

For the DUP, this is also an electoral gamble. According to a poll carried out in late January, DUP representation in the NI Assembly could drop by as much as 9.1% at the next election. Alongside a more moderate 3.9% decline in Sinn Féin representation, this would mean NI could have its first ever Nationalist First Minister.

The same poll suggests 2019 electoral trends broadly persist in Northern Ireland, with a significant jump in support for the Alliance Party (+8.9%), a slight increase in SDLP (+1.1%) and slight decline in UUP (-0.9%).

Crucially for the DUP, however, alongside those 2019 trends, the poll results found a substantial growth (+7.4%) in support for the TUV, a smaller and more hard-line unionist party who have been vociferous critics of the DUP’s handling of Brexit.

If these results are accurate, the DUP are facing the prospect of leaking support to the harder-line unionist TUV on one side and the centrist non-aligned Alliance on the other, creating an unwelcome political tightrope for Foster.

Of course, this is only one poll. We must be careful of over-interpreting.

Nonetheless, the political landscape in Northern Ireland is changing and the stakes for the DUP and their Five-Point Plan could not be higher.

The swift change of tone on the part of the UK Government on behalf of Northern Ireland also carries risks. Disruptions to supply chains and limitations on consumer choice have shifted from ‘teething’ issues to ‘pressing problems’ urgently in need of resolution.

Gove’s letter to Šefčovič was met with concern in EU quarters. And while the Article 16 debacle will likely make the EU more amenable to easements there will be no appetite for substantially changing the Protocol, let alone removing it altogether.

The UK Government’s willingness to consider ‘all instruments at its disposal’ may be put to test. Which leads us back to where we started: UK-EU negotiations with the future of Northern Ireland on the table.

Throughout the Brexit process, it has been the shared aim of the UK and the EU to protect the Belfast Agreement and the peace process it represents. At the heart of that Agreement is the accommodation of difference through an interlocking set of relationships and institutions – power-sharing devolution, North-South and East-West cooperation.

For over twenty years Northern Ireland’s still-in-process peace has relied on British-Irish bilateralism to preserve this delicate balance. By agreeing a Protocol to ‘protect the 1998 Agreement in all its dimensions’ the EU became, in effect, an additional guarantor of Northern Ireland’s fragile peace.

This fact places a grave responsibility on both sides in this latest round of UK-EU talks. Practical solutions and operational flexibilities are important, but the more urgent need is for the UK and the EU to recognise that the only good way forward lies in cooperation, not contest.