The Prime Minister’s obligation to request an extension 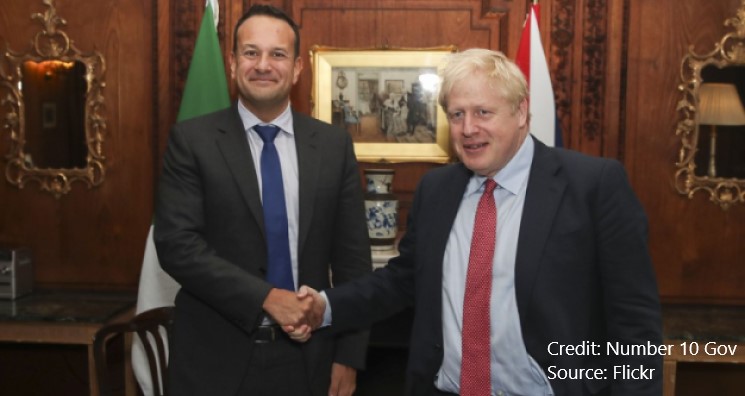 The latest (but almost inevitably not the last) constitutional dispute generated by Brexit concerns the Prime Minister’s obligation to seek a further extension to negotiations with the EU.

This would be the third extension beyond the initial ‘exit day’ of 29 March 2019, with the current legal default as a matter of both UK and EU law set as 31 October 2019.

Time is therefore tight, and clarity about the PM’s position is needed.

Fortunately, while Brexit has raised a variety of highly complex, technical and debatable legal and constitutional questions, this situation is relatively straightforward.

In determining the scope of the PM’s extension obligations, we are dealing with a relatively clear piece of recent, focused, context-specific legislation, and applying fundamental constitutional principles to (what should be) uncontroversial effect.

The legislation in question is the European Union (Withdrawal) (No.2) Act 2019, known also as the ‘Benn Act’ after its promoter, the Labour MP Hillary Benn.

While the title of the EUW (No.2) Act might make it sound mundane, it is actually a remarkable piece of legislation, enacted against the wishes of the present government, and imposing a duty on the PM to pursue a course of action to which he is completely opposed.

That duty is to seek an extension of the Brexit negotiations from the European Council ‘no later than 19 October 2019’, assuming that (i) a withdrawal deal has not been agreed with the EU and approved by parliament (which looks unlikely at this point) or (ii) parliament has not voted to approve exit from the EU on a ‘no deal’ basis (which seems impossible to imagine).

The request for an extension may also be withdrawn (up to 30 October 2019) if either of these conditions are subsequently met.

The EUW (No.2) Act builds on the earlier extension legislation enacted during the government of Theresa May in two ways: by specifying the means by which the duty to seek an extension must be fulfilled, and the consequences which follow from any response from the EU.

The Act establishes the template of a letter which the PM must send to the European Council, seeking an extension of negotiations to 31 January 2020.

If the European Council offers an extension to that date, it must automatically be accepted by the government.

If the European Council (which is not constrained by the letter sent by the UK PM) offers an extension to an alternative date, it must be accepted within two days, provided that the House of Commons has not voted against a motion to approve this new exit day.

The PM has been ambiguous at best about his intentions to comply with this legislation.

The government is frantically looking for loopholes to avoid a further delay to Brexit, given it is publicly wedded to the idea of leaving on 31 October, come what may.

Yet as the EUW (No.2) Act is clear in establishing a duty to extend, the means to do it, and the consequences of an offer for the EU, it is incredibly difficult to see that the government has any way out.

One much discussed approach would be to adopt a ‘two letter’ strategy: the government could try to send one letter in the terms required by the EUW (No.2) Act, and another letter making clear the extension was requested under duress and not authentic.

While this might superficially appear to be technically compliant with the law, there are two problems.

First, a second letter would very likely be unlawful, in so far as it was an attempt to frustrate the intentions of parliament as set out in the EUW (No.2) Act, by subverting the legal obligations imposed on the PM.

Second, the efficacy of this strategy is highly questionable – EU member states are presumably now well aware that the PM is not keen on prolonging negotiations, yet they do not need to give any weight to this factor when deciding whether to offer an extension.

An extension offer triggers automatic legal consequences under the terms of the EUW (No.2) Act, and whether the PM is happy with it is irrelevant as a matter of domestic law – it must either be accepted automatically, or is at most subject to a Commons veto.

There remains the possibility of a broader challenge to the EUW (No.2) Act, which, for example, has been described by Martin Howe QC as a ‘constitutionally illegitimate law’.

Yet it is difficult to see how this can be the case.

The central principle of UK constitutional law is parliamentary sovereignty: parliament may make any law on any topic whatever, and the legality of an Act of Parliament cannot be questioned in court.

It is not illegitimate for parliament to define the ways in which the executive must exercise its powers or carry out its functions.

Instead, it is entirely compatible with the UK constitution’s most fundamental principle that this is permitted.

If these legal obligations are unavoidable, the PM must either comply or act contrary to the law.

If the PM fails to make the necessary request, there are two constitutional avenues, one legal and one political.

While the Court of Session in Scotland has sensibly not yet acted to order the PM to fulfil his obligations under the EUW (No.2) Act, it is straightforward that it (or the courts in England and Wales) could do so after the 19 October deadline passes.

A failure to comply could see the PM personally in contempt of court, and officials ordered to make the request on his behalf (one example might be the Cabinet Secretary, who is bound by the Civil Service Code to act in accordance with the law).

The political avenue might see a vote of no confidence in the PM, and an alternative government formed to make the request instead.

This might not be straightforward, if the PM initially refused to resign or there was uncertainty about whether a credible alternative government existed.

Yet there is also no obvious legal barrier to the EU offering an extension regardless during such a period, given the UK’s acceptance (as required under Article 50(3) of the Treaty on European Union) is now effectively preordained in the EUW (No.2) Act.

Despite this, ‘no deal’ Brexit remains legally possible. The EU could decide to refuse an extension.

Or, in the unlikely event a deal is now agreed, the government could manipulate the domestic approval process to prevent that agreement being implemented in time, given further legislation would still be necessary.

Yet parliament has drastically limited the circumstances in which exit from the EU can occur without a deal by 31 October.

The government may search for loopholes, or attempt to challenge the constitutionality of the Act, but this is likely to be legally futile.

However, this legislation simply provides a stopgap, temporarily obstructing a government with waning authority from active pursuit of a no deal Brexit.

The key problems remain political in nature, and the law here is simply a bridge to a general election, or some other mechanism, in which the question of how to respond to the 2016 referendum decision will have to be confronted again.