The pros and cons of a longer transition 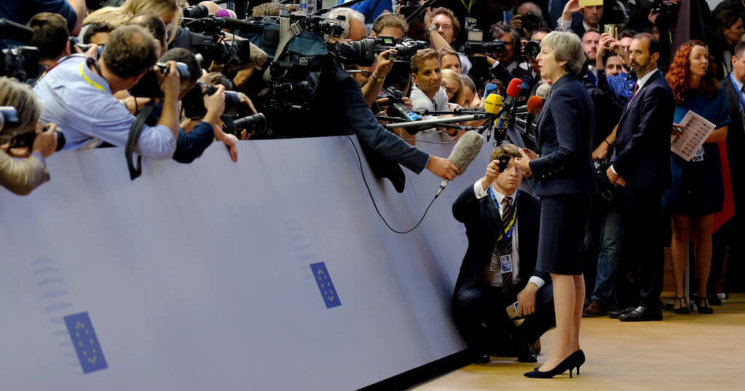 So, no breakthrough, but also no collapse. Not the most ringing endorsement for yesterday’s European Council discussion on Article 50, but given the possible alternatives, certainly not the worst it could have been.

Still the focus remains on the backstop for Ireland.

Usefully, we might remember that this backstop has become an issue for two, interlinked reasons.

Firstly, it’s evident that the period from leaving the EU next March to the end of 2020 is almost certainly not long enough to negotiate a comprehensive new EU-UK relationship that would provide a durable legal basis for keeping the Irish border as open as it is now. Secondly, even if it were long enough, the UK still hasn’t settled on a confirmed consensus view on what that new relationship should be.

Next-to-impossible to negotiate something when you don’t know what you want.

As a result, the EU (driven by Ireland) wants a backstop to protect those parts of the Good Friday Agreement that fall within its competence, not because that’s optimal, but because it can’t rely on the UK to get its act together.

That the UK hasn’t been the most reliable of negotiating partners also hasn’t helped.

In any case, it’s been that time shortage that has been central in driving backstops: neither the EU nor UK wanted an indefinite transition period, so they extemporised.

This past week has seen a revisiting of this assumption, for what seem to be rather obvious reasons.

A longer transition means more time to sort out that new relationship, so less likelihood of needing a back-up plan in the form of a backstop.

Of all the options on the table, it is one of the very simplest, not least because both sides agreed the terms of transition already, so the paperwork is almost entirely ready to go. Indeed, when that was agreed, back in the spring, there was almost no opposition to its existence or form from opponents of Theresa May and it attracted minimal attention from any one (excepting the occasional academic).

Despite what Nigel Farage and others say, transition is not ‘staying in for longer’, because transition’s entire existence is based on the Withdrawal Agreement, which in turn supposes that the UK and EU have agreed terms for leaving. Thus, in strict legal terms, the UK would no longer be a member state.

But yes, there are problems, and some big ones at that.

While May will go with the line that she’s delivered on getting the UK out of the EU on her schedule next March, it will be into a transition that is as close to membership as it’s possible to imagine: literally everything as before, but without representation or a vote. In that sense, Farage would have a point and getting over a line on a technicality is never a good look, even if you’re not already on a caution from your own party.

Moreover, extending transition beyond December 2020 means that the UK will find itself entering a new financial cycle of the EU budget, without a rebate mechanism – so net contributions would go up considerably – and without full planning by the EU for accommodating spending allocations to the UK – so some substantial financial engineering will be required in 2020.

Crucially, a longer transition means more chance of the EU making a decision that causes real problems for the UK, which will undermine the already-thin legitimacy and accountability of the transition system.

And there’s the moral hazard argument: more time is well and good, but it reduces the pressure to reach a timely agreement on the future relationship, so both sides will still be likely to face a situation where another extension to transition is required to avoid a new cliff-edge moment.

The temptation in all this to work just to immediate concerns: what can May get through Parliament, or what will fly for the Irish to sign up?

That’s important, but it can’t be the only perspective. These decisions are going to have lasting impacts on the lives of millions, and the more that they can be discussed and evaluated, the better.

However, one key point is going to have to be accepted in this process.

Brexit is about change, divergence and disentanglement. It necessarily and fundamentally implies costs, primarily in the shorter-term but also beyond that. Whatever form Brexit takes, there will be negativities – opportunity costs to businesses, citizens, politics – and there is no cost-free option. Indeed, even abandoning Brexit entirely isn’t without substantial costs, certainly in reputational terms.

In all the debate about how Brexit proceeds, this basic reality is too often brushed to one side. Maybe now is the time to face up to it.

By Dr Simon Usherwood, Deputy Director, The UK in a Changing Europe. This piece originally featured on the Department of Politics at the University of Surrey website.